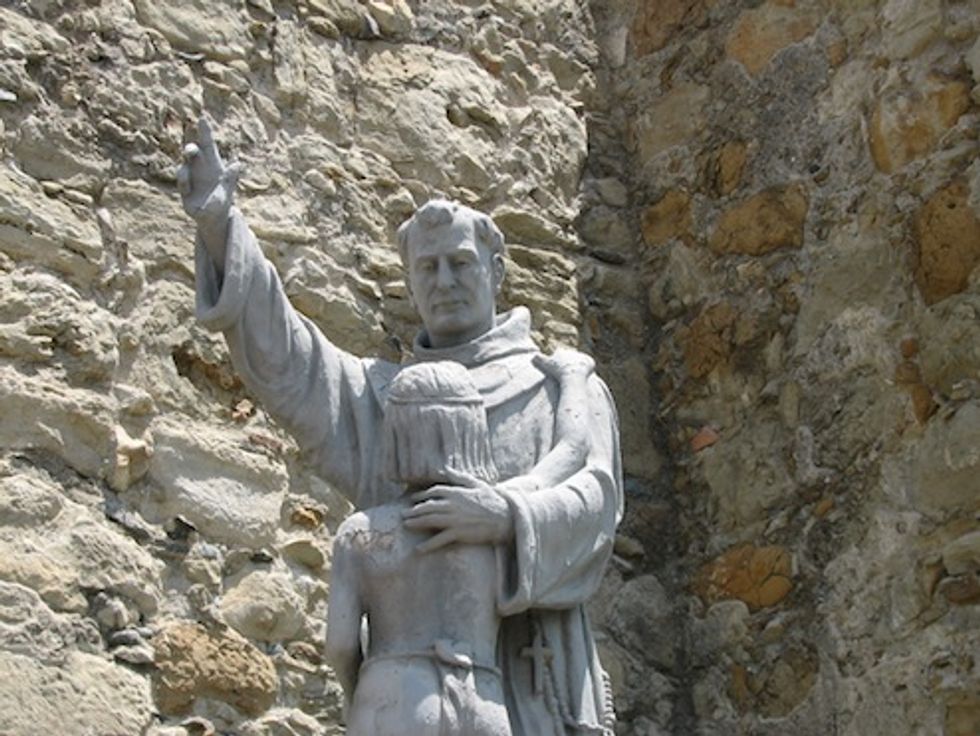 You know how when you are being deposed or whatever, you are supposed to only answer the question put to you and never volunteer anything? And you know how also sometimes people on trial for shit or being questioned for something give super-comical totally not-disingenuous answers where they"don't recall"?

Well, Archbishop Robert Carlson -- formerly of Minneapolis/St. Paul, and now presiding over the souls of Good St. Louis -- took that to its logical extreme in a deposition about priests under his command raping children, when he told his deposers that he does not recall whether he knew doing sex to children was against the law.

During the deposition, attorney Jeff Anderson asked Carlson whether he knew it was a crime for an adult to engage in sex with a child.

“I'm not sure whether I knew it was a crime or not,” Carlson replied. “I understand today it's a crime.”

Anderson went on to ask Carlson whether he knew in 1984, when he was an auxiliary bishop in the Archdiocese of St. Paul and Minneapolis, that it was crime for a priest to engage in sex with a child.

Of course he can't recall whether he knew in 1984 that sexing kids was "illegal." That is like 30 years ago! There are known knowns and unknown unknowns, and "is raping children illegal, and did I know that" is one of the things that can't be known as to its knownness.