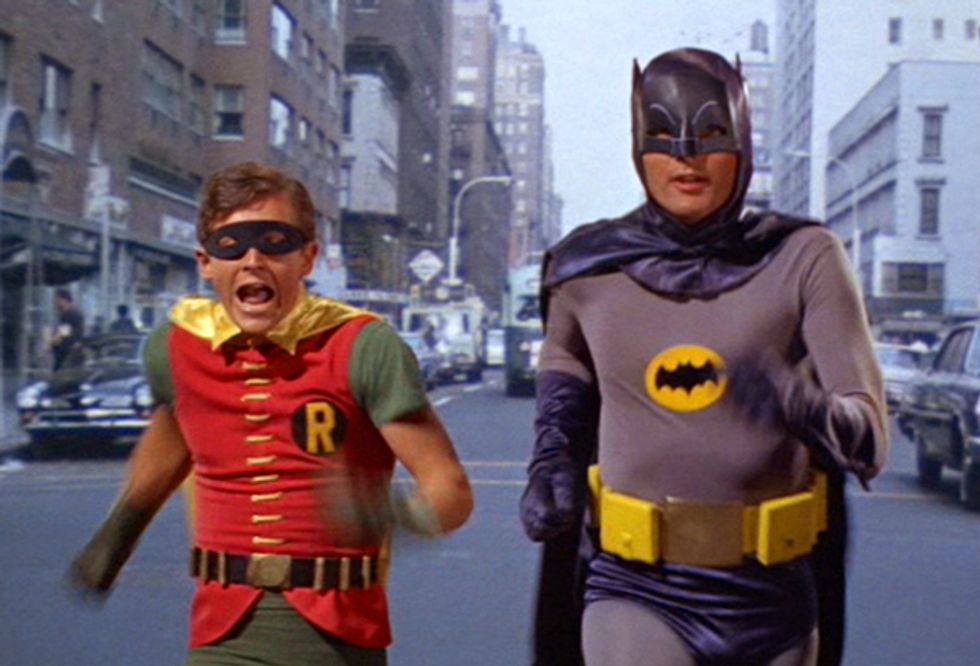 Who will be the greatest hero in the struggle against the tyranny that is having medical care like every other Western nation? Will it be Scott Walker? Will it be Bobby Jindal? Will they throw on tights and capes and be a dynamic duo for freedom? Duh,of course they will.

“We’re not going to start implementing Obamacare,” Jindal said flatly. Under his watch, Louisiana will not set up any of the required state heath care exchanges where, starting in 2014, Americans will be able to buy subsidized private health insurance. [...]

Wisconsin Gov. Scott Walker also said Thursday that he would not implement the law, and GOP candidates for governor made similar vows to block implementation.

Walker and Jindal, the newest team of crime-stoppers, in this case, fighting the crime against humanity that is you seeing the doctor! How will they fight this particular crime? By refusing to uphold the law of the land! They are Gandhi times MLK plus Batman & Robin all mixed up in a "hero" sandwich!

Unfortunately for the citizens of Louisiana and Wisconsin, the federal government will now just step in and create the state exchanges (where you can buy insurance even if you are a poor) for them.

And Bobby Jindal and Scott Walker will probably go to jail forever, in the FEMA camps, on the FEMA trains, if they aren't burnt on a pyre or don't launch themselves over the cliff Butch & Sundance style, or Thelma & Louise style, or Brokeback Mountain style or what have you, for freedom. Also, we almost forgot, they are Nelson Mandela too.