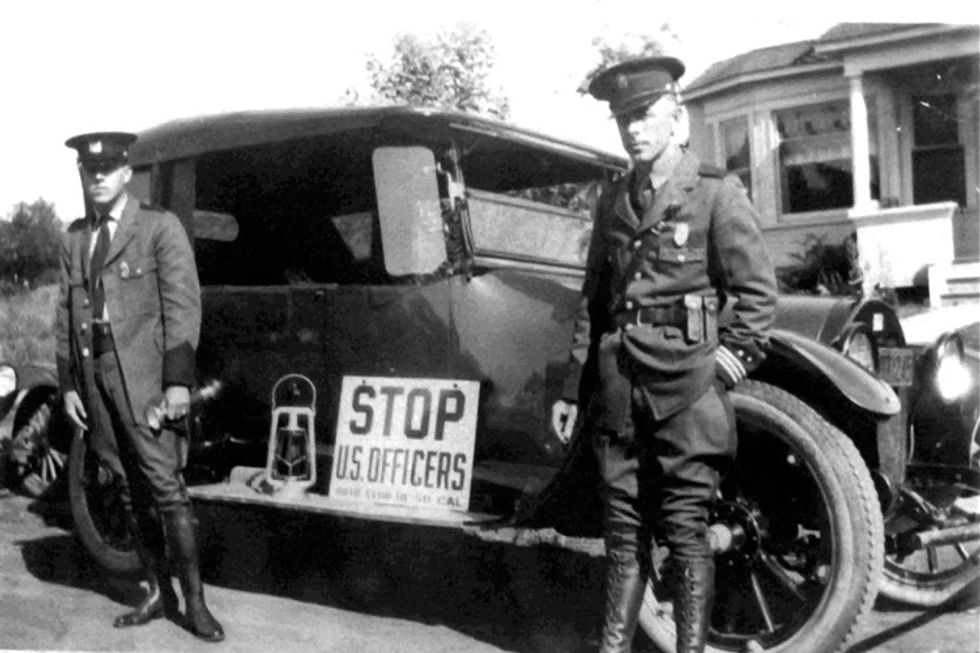 Arrest everyone! They've ALL got wet backs!

Some fascinating news of the New Cruelty today: Even in all the chaos of a Category 3 hurricane, the U.S. Border Patrol said Tuesday it plans to keep its immigration checkpoints open on roads north of the border in Texas. At least as long as the checkpoints themselves don't blow away. So while thousands of people are following mandatory evacuation orders from coastal areas in Texas, the Border Patrol will use the emergency as an opportunity to arrest undocumented immigrants, who will apparently have the choice of staying in place and drowning in the expected storm surge and two to three feet of rain Hurricane Harvey will bring, or getting deported. America really is great again!

Just look at this lovely statement from the Border Patrol, courtesy of the Texas Tribune:

Border Patrol checkpoints will not be closed unless there is a danger to the safety of the traveling public and our agents. Border Patrol resources, including personnel and transportation, will be deployed on an as needed basis to augment the efforts and capabilities of local-response authorities [...]

Asked to elaborate on the statement, Border Patrol spokesperson Roberto Rodriguez said that public safety was the top priority, but a little hurricane wasn't about to slow down the important work of grabbing all the bad hombres -- and under the Trump administration, that's anyone, including people whose only offense is an illegal border crossing or expired visa. Rodriguez clarified,

“We’re not going to impede anybody getting out of here, but at the same time we’re a law enforcement agency, so we still have to conduct our duties,” he said.

Reporter Teddy Wilson notes that many colonias -- unincorporated communities, often lacking basic services and inhabited by people in poverty who may or may not be citizens -- are located in the path of the storm:

Sucks to be them, huh?

Not surprisingly, the ACLU of Texas had to go and get all sentimental about the prospects of undocumented families facing the choice of risking deportation or staying where they are and hoping they don't die:

“Safety should be a priority regardless of immigration status,” said ACLU policy strategist Astrid Dominguez. “This is very concerning for the community. It sends a wrong message.”

Come on, ACLU lady! What part of "Illegal immigration should be a death sentence" don't you understand? Nevertheless, Dominguez persisted and expressed hopes that the Border Patrol would Give Us A Fucking Break, saying she hoped that if the hurricane intensified and a mass evacuation were ordered, the federal government would put a priority on letting people escape the storm and suspend immigration enforcement during the emergency.

The Tribune notes that during Hurricane Matthew, in 2016, Immigration and Customs Enforcement and Customs and Border Protection suspended enforcement temporarily:

The Border Patrol did at least say in its statement that if things got really bad, they might prioritize evacuations over grabbing up day laborers, high school students, restaurant workers and other dangerous threats to national security, although the statement didn't specify how bad things would have to get before they'd switch from sorting out Dangerous Illegals from Good Americans:

If there is a time when we have to unite with our emergency preparedness partners to evacuate community members, we assure you that we will act quickly ensuring that the safety of those requiring evacuation remains paramount.

And if some people get evacuated rapidly southward, hey, that's the way it goes. Wouldn't want a crisis to go to waste.

In other hurricane news, it's worth noting that after being in office for seven months, Donald Trump still hasn't appointed anyone to head the National Oceanic and Atmospheric Administration, which is responsible for tracking hurricanes -- the agency is still headed by acting administrator Benjamin Friedmann, who at least has been with NOAA for a while. It's not really a priority for Trump, since NOAA is one of those Deep State nests of traitors that acts like climate change is real.

Also significant with a hurricane hitting Texas: Brock Long, Trump's FEMA administrator -- he at least appointed someone to that post! -- wants to make flood insurance harder to get and to shift the costs to local governments, because really, shouldn't people be more personally responsible? Not that coastal areas face increased flooding in the future, because climate change and rising sea levels are both a hoax.

Texans forced from their homes by Hurricane Harvey will be encouraged to take shelter atop the nearest available pile of beautiful, abundant clean coal, which should be cleaned even further by the expected week or so of torrential rains.

UPDATE: Let us never forget the First Rule of Trump: There is always a Trump Tweet.