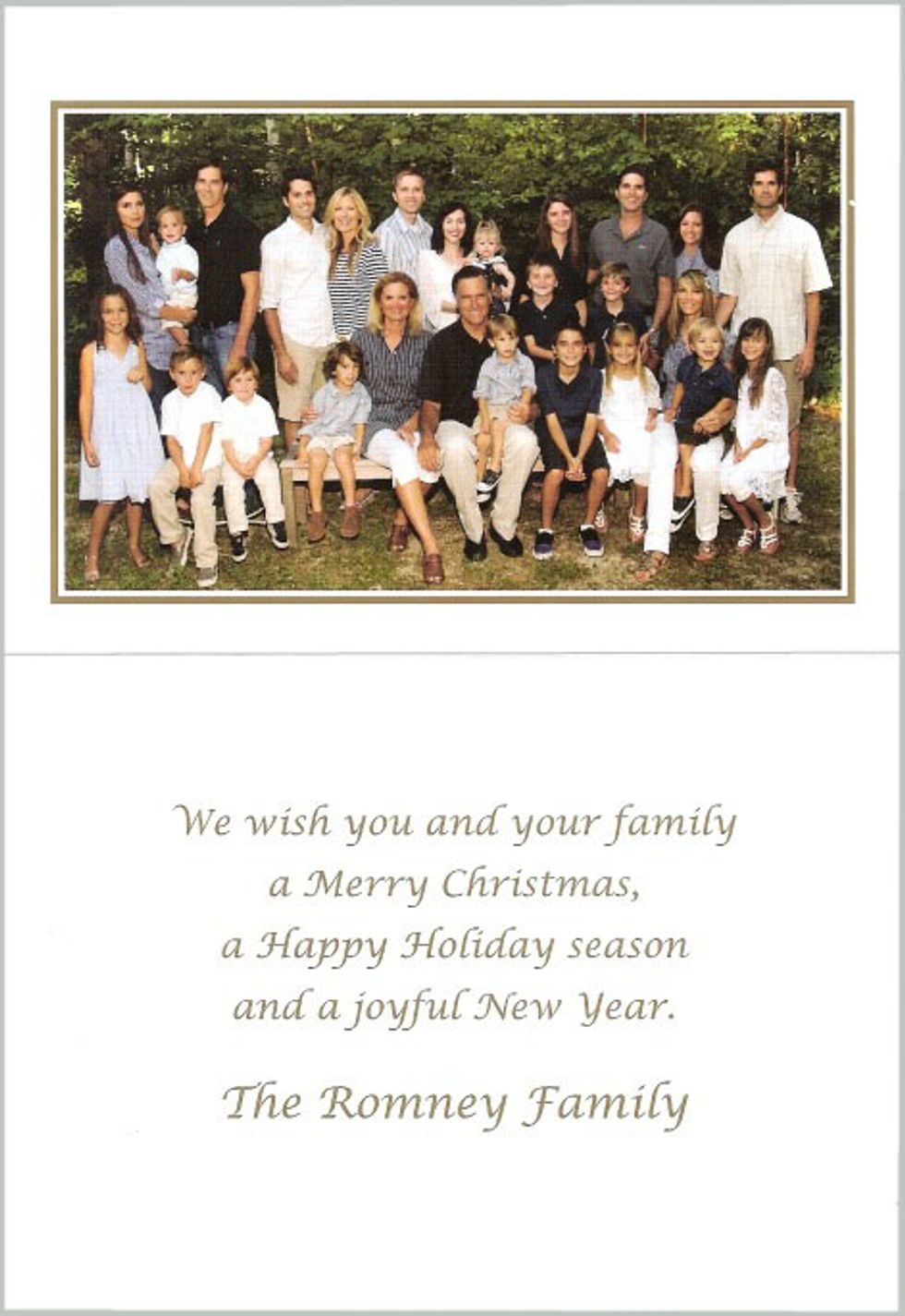 Oh look, it's that Mormon brood again, here to tell us all about how the prophet Mitt led the Goberphilians jogging out of Israelite-America with nothing but a golden apple pie made out of melted 2002 Olympic medals. Yes, this dumb Christmas card lets us know that Mitt is running for president again with this incredibly clumsily forced "hint," so get ready for the ultimate campaign battle of politicians' annoying children with weird names: Palin vs. Romney.

Here's the inside, depicting the moment right before some new, previously unseen Romney children emerged from the forest:

We're going to have to dig up the old Romney jokes from the 2008 campaign to be ready for next year. Your editor doesn't feel like writing new ones. "Mittens"? Was that what he was called? [Mitt Romney Central (Jesus Christ) via Ben Smith]