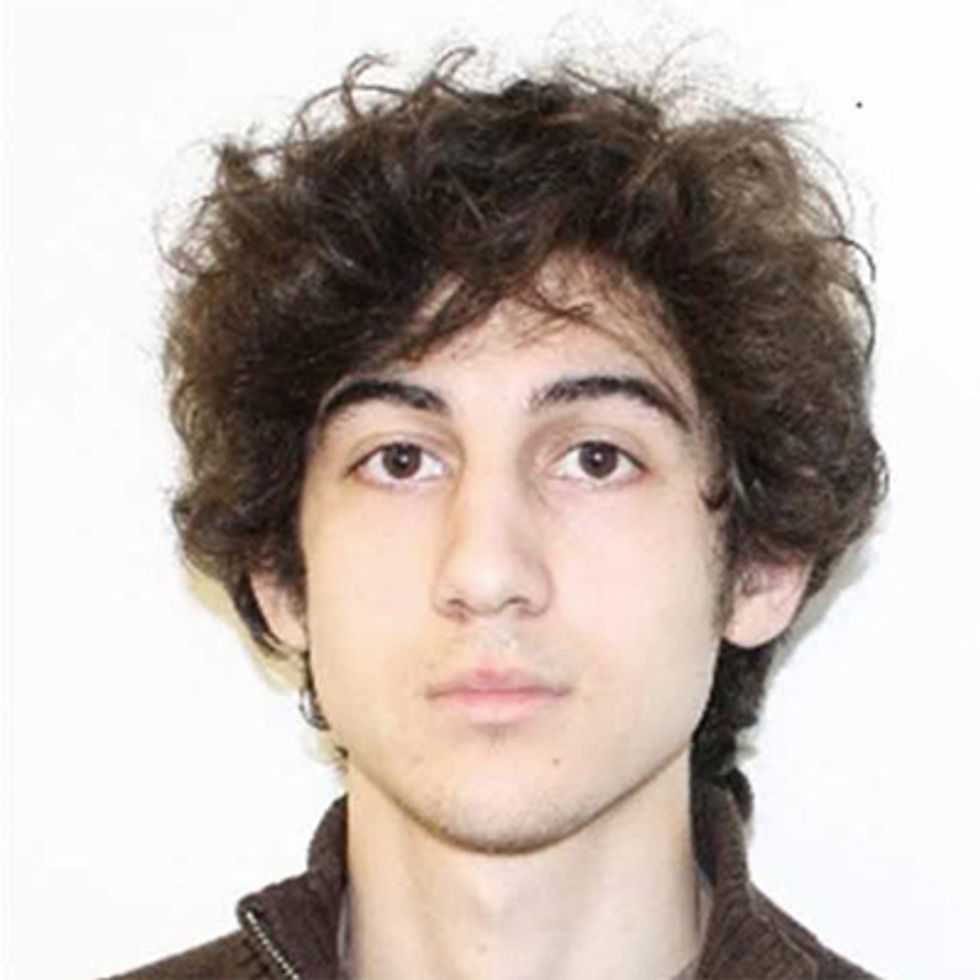 The jury in the Boston Marathon bombing trial has sentenced Dzhokhar Tsarnaev to death, which doesn't make anyone killed in the attack come back to life, reattach any limbs, or take away any nightmares, but it does satisfy a primal need for vengeance, so there's that. The bombing was horrific, and reading over our liveblog of that afternoon just reminds us of how numb we all felt, but also of the basic decency and humanity of the people who rushed into the chaos to help.

We're not especially surprised by the sentence, given that there was no doubt about the verdict, and given that the jury selection process insured a panel that was willing to return a death sentence. And god knows we're not about to write any maudlin poems about Dzhokhar Tsarnaev; we just aren't in the mood to celebrate a death sentence, even for someone who did something horrific.

We're with Bill and Denise Richards, the parents of 8-year-old Martin Richard, who was killed in the bombing. They wanted Tasrnaev to get life in prison without parole, to spare their family the endless reminders of Martin's death at every step of the appeals process.

Of course, there are some celebrations out there; the Drudge Report seems fairly pleased to stoke the bloodlust:

And Jim Hoft, formerly the Stupidest Man on the internet, isn't content with one execution; he'd like to remind us to keep hating, forever:

As for us, we're right back to numb, and to the photo of little Martin Richard, who made a sign to help remember the victims at Newtown. Maybe it's naïve, but we think he had the right idea: