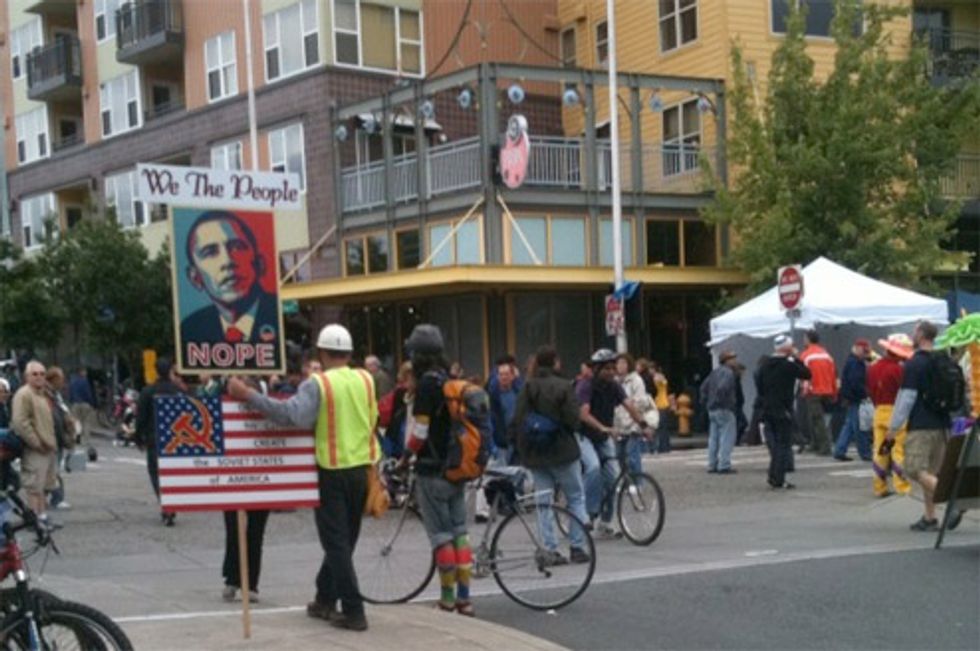 Wonkette operative "Randy C." sends this tragic photograph from the Fremont Solstice Parade in Seattle yesterday. What's a lonesome teabagger to do when the hippies are all riding their bicycles around and worshiping the Sun like common Soviet-pagan homosexuals? Warn them of the impending Soviet States of America, that's what! And, uhh, wear a construction helmet and a safety vest. Hippies hardly watch where they're going on those anti-carbon bicycles! (They are just thinking about the marijuana they'll soon be smoking to build up an appetite for the vegan sperm cookies.)