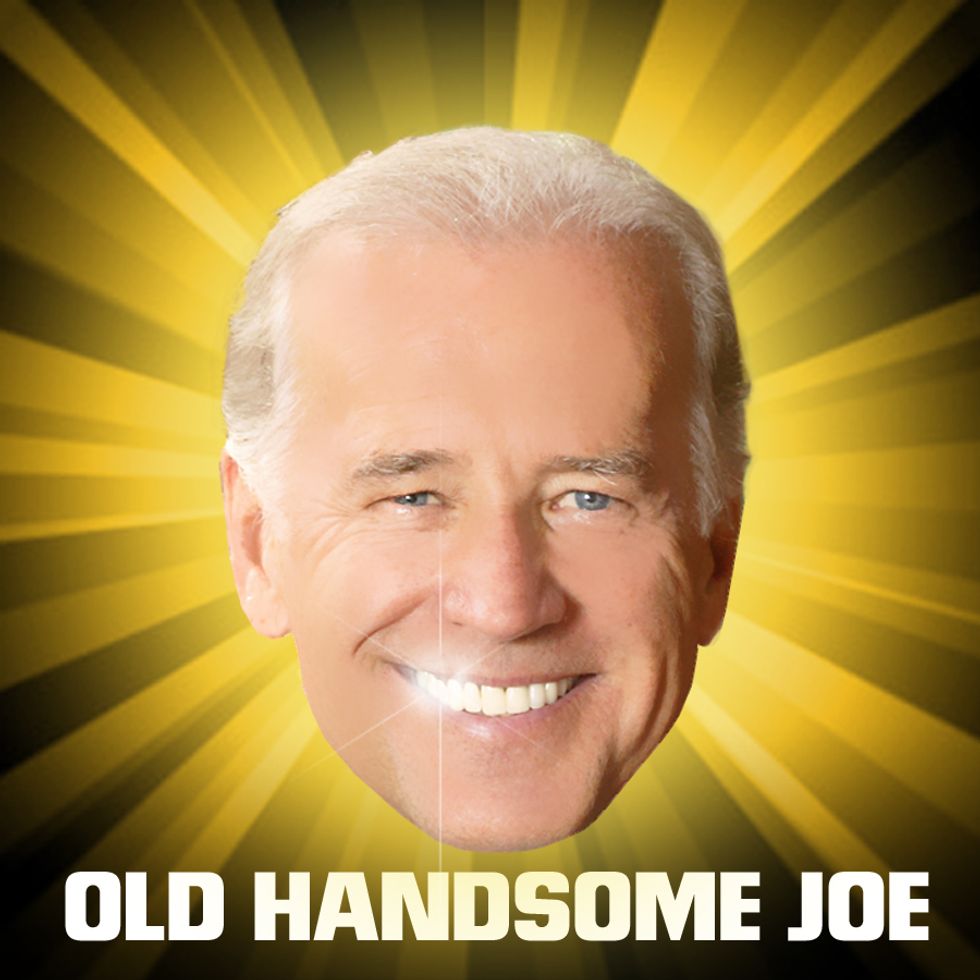 Despite CNN's recent love note to Vice President Joe Biden that it has voluntarily changed its own rules and will do all the backflips and blow all the kisses and do his laundry and wash his car if Old Handsome Joe will please, pretty please, run for president, Biden has declined to accept the offer. At least for now. At this time. Winky winky, no definitive announcement, stay tuned, keep those fingers crossed!

Vice President Joe Biden has extended his window for deciding whether to jump into the 2016 presidential campaign, several Democrats say, allowing the contest to play out even longer before he answers one of the biggest questions hanging over the race for the White House.

He is not preparing for the first Democratic debate on October 13 in Las Vegas and is not expected to participate, people close to him say, because he feels no pressure to reach a decision by then. He is likely to reveal his plans in the second half of October.

So CNN's pathetic ploy to pressure the vice president of U.S. America into committing himself to a run for president didn't work? Shocking! Maybe he wasn't kidding when he recently said (about a thousand times) that Jesus Kim Crucified Davis Christ, his son Beau just died, and he and his family are grieving, and he is not going to be forced into this race by eager reporters who think if they ask the question the right way, he'll say, "Well, OK, you got me. I'm in!"

We are, however, doubled over with laughter that CNN voluntarily changed its rules to allow Joe Biden to participate in the Democratic debate scheduled for Oct. 13 in Las Vegas, if he so wishes, which apparently he does not. It's a little tiny bit of a tad different from that time Carly Fiorina had to beg CNN to let her be the 11th candidate in CNN's debate of the top 10 Republicans (plus Carly!) last month. Carly eventually got her way, not by merit, but by complaining a whole lot about the inherent unfairness of the system.

Despite everyone in The Media reciting Biden's name three times to see if that might summon him into the Democratic primary, anonymous people who claim to know things say the same thing he's been saying, which is that he has not decided to run for president, he doesn't know if his broken grieving heart can handle it, and don't worry, he's not going to forget to let us know when he makes a decision one way or another.

Anonymous sources have not tended to add, "The fuck is wrong with you people? Leave the man alone to make his decision in his own way, on his own time." But we are not anonymous, so we'll say it. THE FUCK IS WRONG WITH YOU PEOPLE? He had to bury yet another child a mere four months ago, he has TOLD US he isn't sure he's up for it, bitching and begging and bullying him into running is a real dick move, is not going to work, and IS A REAL DICK MOVE.

If you are achin' in all your parts for some Joe, enjoy your morning coffee inside of him, but leave the man alone.