BREAKING: Men Like Women Who Are Nice! A Fox News Exclusive! 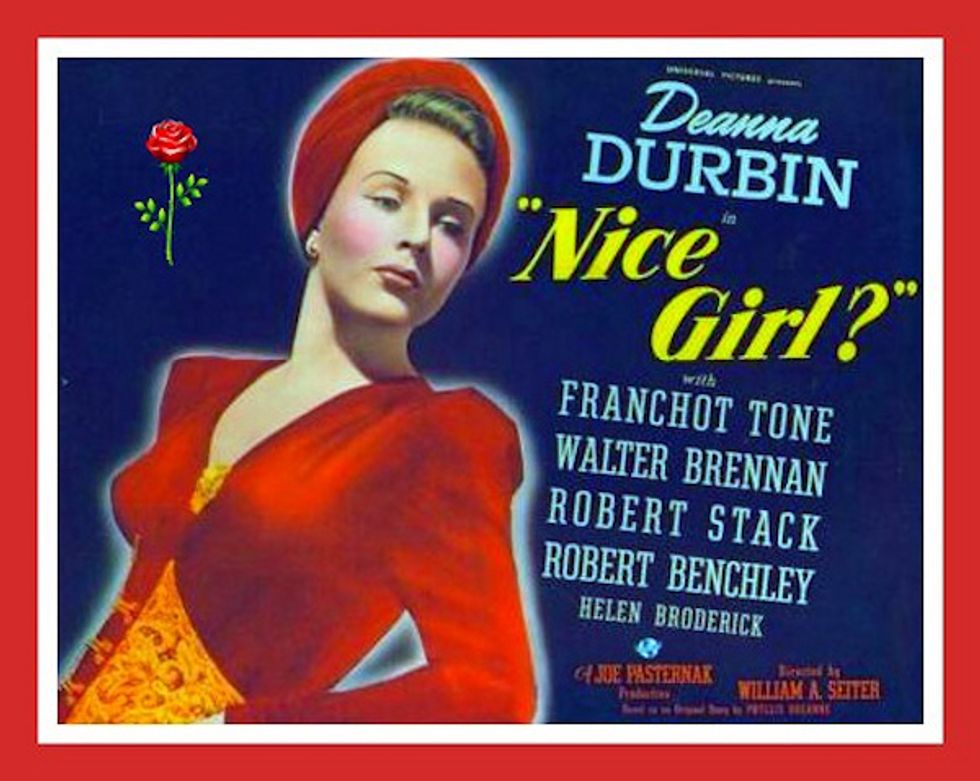 Once again, Fox News has its finger right on the pulse of the most important news of the day, and that news is a call to the women of this great and glorious nation to be "nicer" so their husbands will like them more. Because men, it turns out, like women who are nice. Woah, if true.

Suzanne Venker, niece of the much-missed feminist icon Phyllis Schlafly and author of such classics as "The War on Men," "How To Choose A Husband" and "The Flipside of Feminism," explains in an earth-shattering op-ed, "Most men just want a woman who's nice," that husbands would prefer to have their wives be pleasant and ask them how their day was and stuff!

At the end of the day, most men just want a woman who’s nice. “Nice,” to a man, means being soft, gentle and kind. It means asking your husband how his day was and really listening. It means doing something nice for him with no expectation of getting something in return—you know, the way you did when you were dating.

They prefer this, reportedly, rather than beating them repeatedly over the head with a frying pan and telling them that they have a very small penis, as those feminists are always suggesting.

Problem is, women have been taught that being a nice or solicitous wife equates to servitude, as though a woman’s niceness automatically equates to being a mouse—whereupon her husband will walk all over her.

But women also like it when men are nice, right? No, says Venker. We like "bad boys." A truth universally acknowledged by guys who are actually jerks but think they do not have dates because of how nice they are, and also Suzanne Venker. Everyone loves guys who are jerks, which is why Fox News exists and Donald Trump is president.

Most women do want a man who’s kind, but that’s not the same as nice. Ask any guy you know, and he’ll likely give you example after example of women they know who said they wanted a nice guy but in reality wanted a bad boy. That’s because just as most men are attracted to femininity, or softness, most women are attracted to masculinity. And masculinity is hard. Gruff. Take charge.

This is some real deep shit, right there! Talk about insight into human nature! Except probably if you ask the women they are talking about, they probably think that the guys they chose to date were, in fact, very nice.

Because hey -- it sure is a lot easier to say to oneself, "OH, she just didn't like me because of how nice I am. Not because I smell like soup or talked endlessly about my reasons for not believe in tipping, or offered her the 'opportunity' to edit my screeenplay that has basically the same plot as 'The Hangover' for free as soon as I get around to writing it, or only had one song downloaded to my computer and that song was the Eric Carmen version of 'All By Myself.' No, surely it is because I am so nice."

Not everyone is naturally nice, Venker astutely notes, but women who do not naturally "ooze" niceness should try being nice, instead of being not nice. Nice! However, it is not nice when people who are not nice only pretend to be nice. So you have to be nice for real.

It’s really obvious when you’re dealing with a genuinely nice person (as opposed to a phony nice person). Women like my hair stylist and my editor at Fox, or even my own daughter (though at 17, I can’t call her a “woman” just yet), ooze niceness. It comes so naturally to them! That makes them easy to love.

Venker then explains that men like women who are "easy to love." Which is a lot like saying people like laughing at things that are funny.

This is a very important thinkpiece that definitely could not have been written by a 15-year-old who is pretty sure they've figured the whole world out. Definitely very worthy of national publication.

Incidentally, said article has been published on the heels of Fox News having some trouble with ladies who have sued the news organization and its pundits for all kinds of sexual harassment. It is, naturally, not very easy to love a woman or think she is nice when she is suing you for sexual harassment. Perhaps if ladies would just be nicer, Fox News would not be in this mess at all!