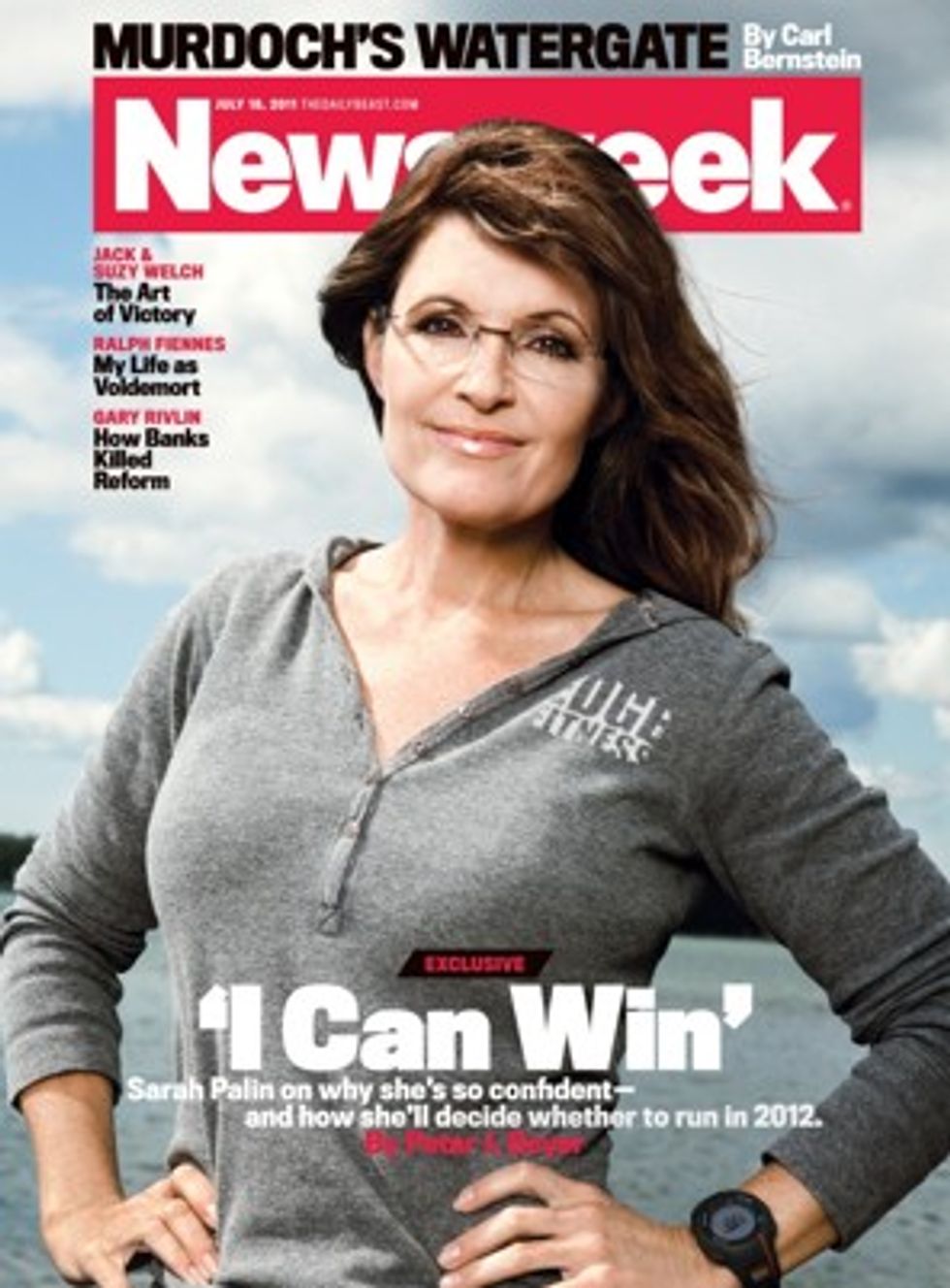 We applaudNewsweek on the headline "I Can Win" for their cover story about Sarah Palin, a person who is not actually in competition for anything and does not care to change out of her jogging outfit for a cover story photo shoot. If only there were something for Sarah Palin to compete at, to win? Palin said this "I can win" line to the reporter in Iowa, where there are certainly no competitions happening, so that's too bad, but Sarah Palin would win if she were in Iowa, competing at something.  So, thanks Newsweek for that breaking update. Here is the rest of the interview in one sentence: Sarah Palin is upset the price of beef jerky has gotten so high, she does not want Piper to get her hair cut, and she cannot show up for one single thing on time or tell anybody where she is. Hooray, we knew all those things.

Here is another journalism win, for using the terms "quantitative easing" and "beef jerky" in the same breath:

Palin has also become conversant on the subject of quantitative easing, the inflationary effects of which she illustrated with a personal anecdote. “I was ticked off at Todd yesterday,” she said. “He walks into a gas station as we’re driving over from Minnesota. He buys a Slim Jim—we’re always eating that jerky stuff—for $2.69. I said, ‘Todd, those used to be 99 cents, just recently!’ And he says, ‘Man, the dollar’s worth nothing anymore.' A jug of milk and a loaf of bread and a dozen eggs—every time I walk into that grocery store, a couple of pennies more...”

Redneck-onomics! So now we also know that Sarah Palin, who is paid $1 million a year by Fox News, is also cheap when it comes to gas station snacks. [Newsweek]