Breitbart Found A Chicago Teacher Who Once Met Some Communists 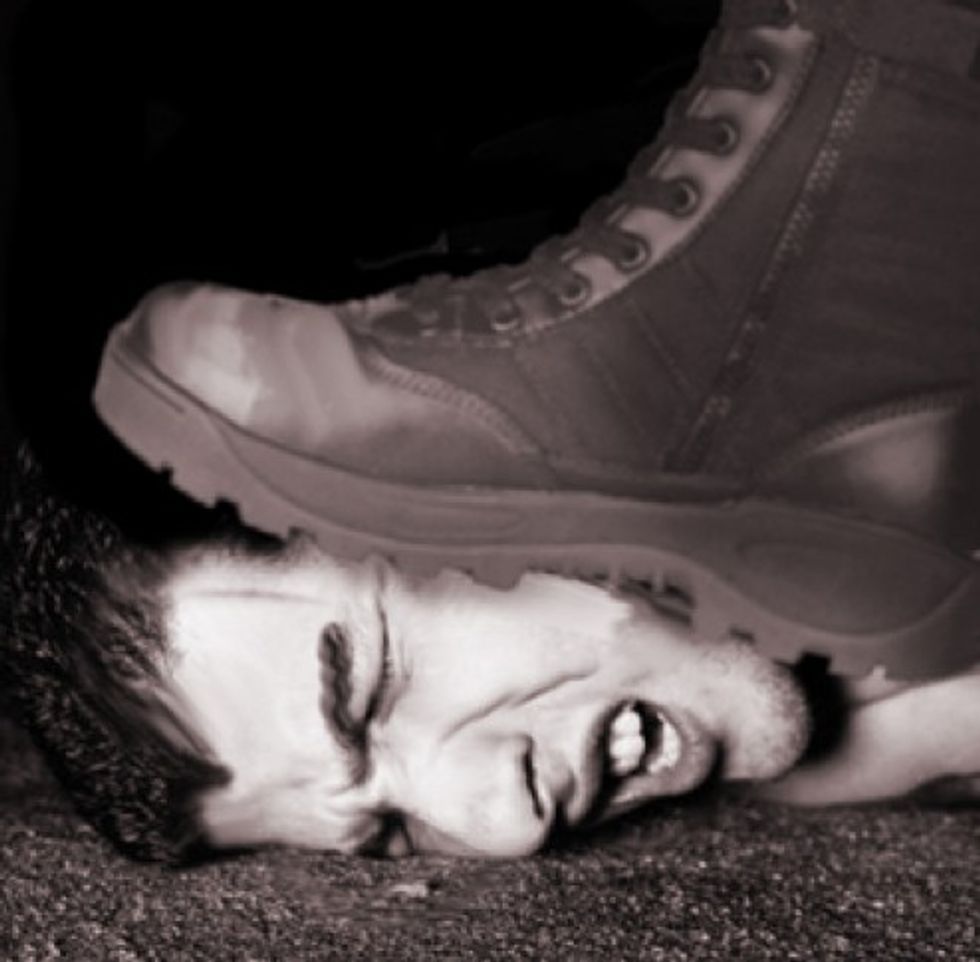 Dear god, please don't make us go look at Breitbart. No, really. We'll look atWND. We'll go watch Jonah Goldberg derp at The Corner. Just not Breitbart. Gah. OK, fine. FINE. We're all going to regret this.  Apparently, the startlingly prolific "Rebel Pundit" has discovered that a TEACHER who is in a UNION went to a MARXIST conference. Can you stand what an amazing feat of journalism this is? Can you stand the horror of knowing that sometimes people in unions do what they want on their own time??

While a guest on a local Chicago radio show, Chicago Teachers Union (CTU) VP Jesse Sharkey was questioned over his recent participation in the Midwest Marxism Conference and refused to answer why he was there and what relationship the Chicago Teachers Union has with the conference and sponsoring organization, the International Socialists Organization. Sharkey, who was documented by Breitbart News attending the Marxist conference at Northwestern University last month, appeared caught off-guard and struggled to respond to the question.

Try as we might, we are unable to figure out why this warrants breathless reporting from "Rebel Pundit" or anyone else, but Rebel Pundit had already written about this last month in a breathless and oddly punctuated post where he detailed his horrifying treatment at the hands of the socialist-marxist-communist-communitarian-unionists. (Not clicking through? We don't blame you. Short version: they figured out who he was and made him leave. NOT COOL MARXISTS).

Rebel Pundit probably couldn't have squeezed another scare column out of the marxism conference except for the fact that the comsymp teacher was foolish enough to go on some right-wing radio show and get beaten about the head by the hosts for attending:

Sharkey: Thanks for the 1950s McCarthyism.

Sharkey: Uh, uh, well look it, the, the, the um—every time that unions or social movements have raised issues about what’s fair and what isn’t in base and equality, people have branded them as communist. I, I know…

Dear right wing radio hosts and Breitbartians: it pretty much IS the definition of McCarthyism to insist that it is a big fat problem when people attend conferences that discuss sociopolitical and governmental structures you do not approve of. It is also deeply DEEPLY weird to keep following around minor union officials when they attend smallish conferences hosted by organizations that are so polite that they let you know you don't actually have to read the suggested readings if you don't feel like it. No one but Breitbartvillians believe that reading some short articles about the efficacy of strikes and the fact that the poors exist is a boot stamping on a human face forever.