Breitbart Very Very Very Sorry About Its Journalism, For Sure 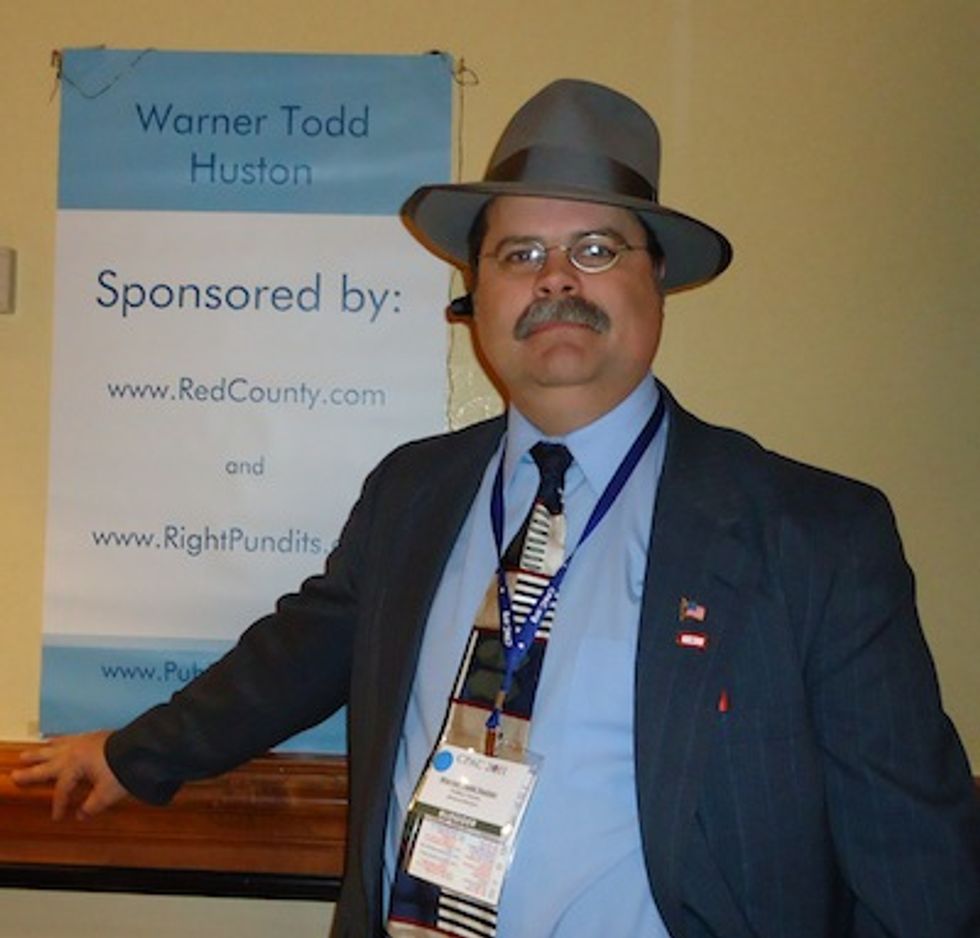 Breitbart "reporter" Warner Todd Huston, who wrote the offending article. We have not Photoshopped this image.

Mistakes -- we all make 'em! Admitting when you're wrong helps build credibility with your audience, and it is also too the Right Thing To Do.

But that's not how they roll at Corpse Andrew Breitbart's Cyberdome For Teddy Roosevelt Cosplayers. In Breitbart's world, being conservative means never admitting that you're wrong, even when you are clearly and objectively wrong. Josh Marshall at TPM brings us the deets.

[...] on Saturday Breitbart published an exclusive pointing out that President Obama's Attorney General nominee Loretta Lynch was part of the team that defended President Clinton during the Whitewater investigation - not a bad little scooplet. Only it wasn't the same Loretta Lynch, which kind of takes the punch out of the story.

Breitbart then issued a 'correction'. But like I said, it's a correction for the ages.

Now we will follow Josh's lead and just show you how Breitbart "issues corrections," which we are putting in "scare quotes" as a signal to you that Breitbart employs "bad journalists" and "total hacks as editors." BEHOLD! Gaze upon Breitbart's impeccable editorial standards in all their gleaming shit-birdness!

The article has since been taken down, but we can guaran-damn-tee you that won't stop this story from spreading in the rightwing spittle-sphere.

Remember all that vote-frauding Barry Nobummer did in Florida in 2012? Patient Zero in that derp outbreak was a bullshit article from Watchdog Wire, wherein Watchdog Wire's intrepid citizen-reporter forgot that the ballots in St. Lucie County were two pages long. So instead of calculating a plausible turnout percentage in the low 70s, Watchdog Wire began screaming that the dusky Kenyan usurper was benefitting from 140 percent turnout in a critical battleground state.

Three days later, Watchdog Wire issued its own Breitbart-like non-correction -- but that didn't stop Town Hall from reprinting the story on the very same day the correction was issued. Town Hall's piece was then picked up by Free Republic, and two days after that, Examiner.com ran a piece that acknowledged the original report was wrong, but the whole thing "still supports speculation that their could be more votes counted than the total number of votes cast," because "supporting speculation" is the true task of journalists.

Lucky for you, Wonkaderos, this latest piece of terrible reporting and even worse editing is arriving just in time for Thanksgiving dinner with your right-wing relatives! Practice saying this with us: "The Loretta Lynch who served as Bill Clinton's defense attorney is white. The Loretta Lynch who was nominated for Attorney General is black. Please pass the gravy when you get a chance, Cousin Merle."