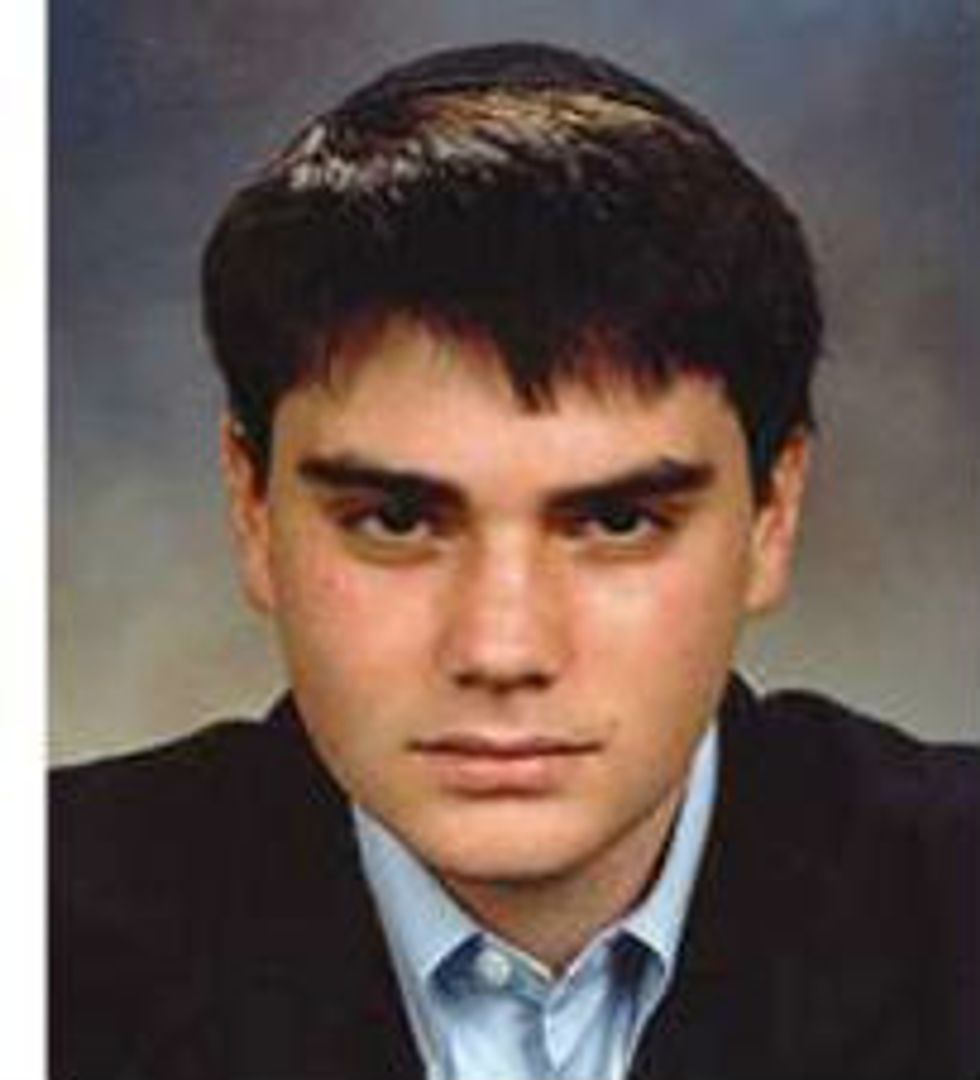 Ghost Andrew Breitbart's fuckmonkey medium, Ben Shapiro, is outraged again, you guys. Is it becausehandsome, popular people genuinely dislike him? Sure! But it is also because some people are intolerant of people who intolerant of homosexxxxiness.

This week, a sportsball man said he was gay, and most people were like, "cool bro," but some people were like, "not cool bro." So the Los Angeles Times went to the sportsball man's old high school, a fanceeeee private school called Harvard Westlake, and asked them about stuff. Well, Ben Shapiro does not care for the school's bullying of people who want to bully the gays! Be ready for some FUCKED UP ANTI RELIGIOUS SHIT, yo!

The Times reports that the school has a gay-straight alliance of about fifty students. “Religion isn’t discussed much,” says the Times. More importantly, commenting on ESPN commentator Chris Broussard’s comments regarding the traditional religious view of homosexuality as sinful, school basketball coach Greg Hilliard said, “We have a lot less tolerance for people who make reactionary statements like Mr. Broussard. If a guy like that came to this campus, that is where I would have to talk to my guys about the importance of tolerance.… They'd have some hard questions for a guy like that.” In April 2013, the school hosted openly gay former NBA center John Amaechi.

Tolerance for the left only extends to sexual orientation, not religion, as Broussard found out. No doubt, some religious Harvard Westlake student will quickly find out the same thing.

You guys, that was Ben Shapiro's entire blog post. "Religion isn't discussed much" during gay-straight alliance meeting, the basketball coach would talk to his kids about tolerance, and they would have "some hard questions" for someone who was being homophobic, and they hosted another gay sportsball dude.

WHEN WILL YOU STOP BULLYING RELIGION, SECULAR NON-RELIGIOUS PRIVATE SCHOOL, BY HOSTING A GAY PERSON, TALKING ABOUT TOLERANCE, AND 'NOT TALKING ABOUT RELIGION MUCH'?

For fucking shame, Harvard Westlake. Good "luck" with your shameful whatever Ben Shapiro is mad about!