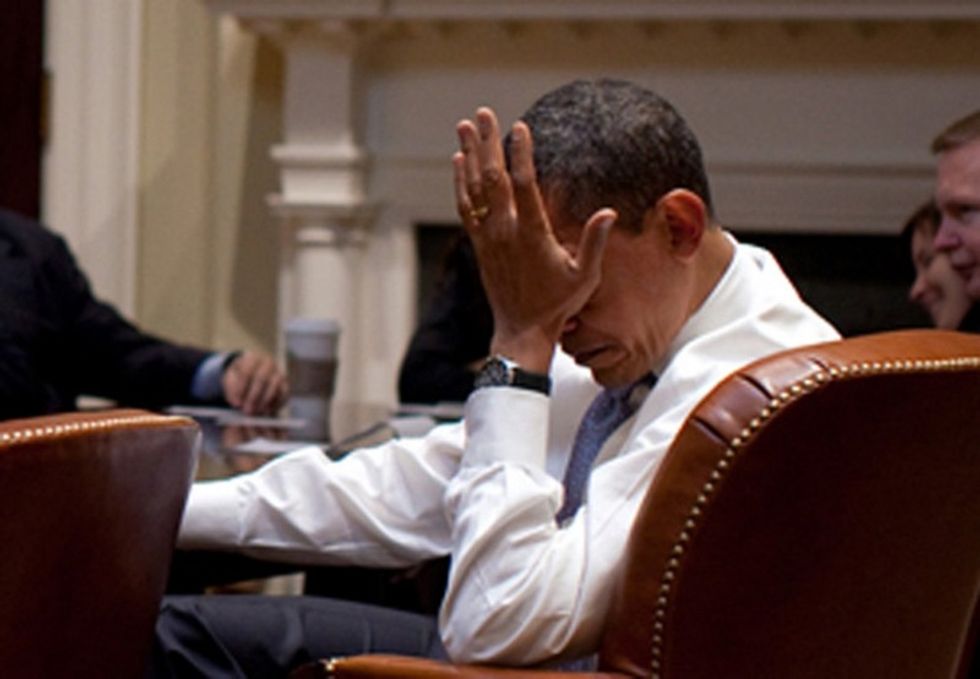 Bristol Palin's ghostblogger has a real important question, you guys:

Remember when my mom put a jet on eBay to save Alaska much-needed money?

Well, yes, we remember how she listed it on eBay, and also how nobody bought it on eBay, but go on:

Yet, SHE is the one that the media tends to skewer, not the President who is spending our taxes on his many many rounds of golf while the nation struggles under the weight of government waste and fraud.

Recidivist sex sinner Bristol "read" about how President Obama has spent 1100 hours of his presidency playing golf, and now she is OUTRAGED! about it, though of course not in a "politics of outrage" way, because she hates when people do that. But this is different and important and "infuriating!"

So let's do this quick-like, shall we?

A) While the president has spent about 46 days of his two-term presidency golfing, he has spent most of his time in office working, unlike some presidents named Republican President, who spent years -- literally, YEARS -- vacaying at their ranches, clearing brush, and ignoring important memos.

(2) Even the king of vacationing while president, George W. Bush, says this obsession with Obama's time on the links is idiotical.

Third: Bristol, honey, your mom QUIT HER JOB right in the middle of doing it, sort of, and then she quit, like, OH ALL OF THE "JOBS" after that, and she even quit her bus tour, when all she had to do was sit on her ass, in a bus, and sometimes stop to wave at the people, that's all she had to do and she couldn't even do that, Jesus H.!

Also, your mom is a dumb. A super real dumb. Like, dumb dumb. So many kinds of dumb. And she raised a dumb daughter, also too, who is too dumb to know how all of these babies keep ending up inside of her, when she keeps saving herself again and again.

Everyone knows Mama Grrrrrrrizly is a dumb, even conservatives understand this now. Take it up with them.

And that is why -- on top of so many other reasons -- the media does not point and laugh at President Obama for being a lazy dumb quitter, unlike your mom, who is all of those things, the end.