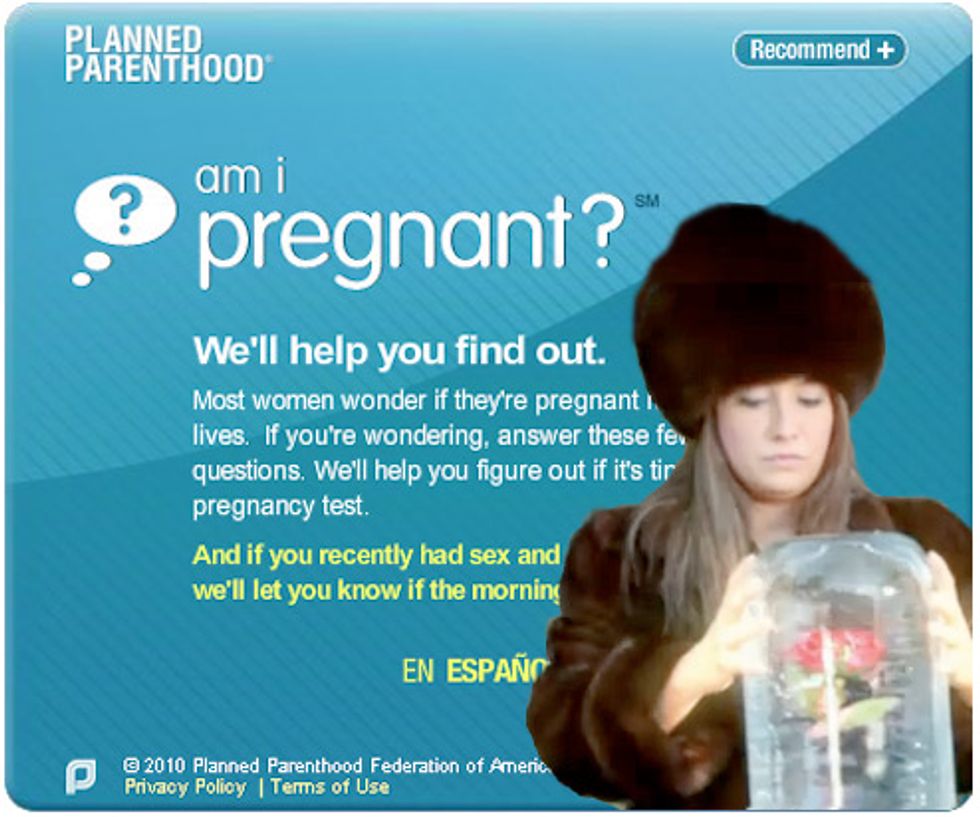 Even thoughshe bought some foreclosed stucco dump about an hour from Arizona State University's "Cronkite School of TeeVee Journamalism," Bristol Palin is not enrolled at this school, and the people in charge of this television academy in Arizona have told the local media that Bristol has nothing to do with the Cronkite TeeVee School. So, whatever website made this up -- TMZ, apparently? -- we can all now ignore this spurious and highly unlikely rumor (ha, did Bristol even finish 10th grade?) and go back to laughing at the all-too-typical yet still hilarious story of this unwed teen mom buying a stucco travesty in some edge-city honky tonk Indian Reservation about forty miles outside of Phoenix.

Despite widespread rumors to the contrary, Bristol Palin will not be attending the Walter Cronkite School of Journalism and Mass Communication at Arizona State University.

It is true that Bristol, the eldest daughter of Sarah Palin, recently purchased a home in Maricopa, the outlying Valley suburb in Pinal County.

What will she really do with the five-bedroom tract house dump? She's definitely white trash enough for the Phoenix exurbs, but beyond that we have NO IDEA what's going on here. Maybe nothing is going on. Maybe it's just one more inexplicable enigma in the lives of America's tackiest family. [AZ Central]