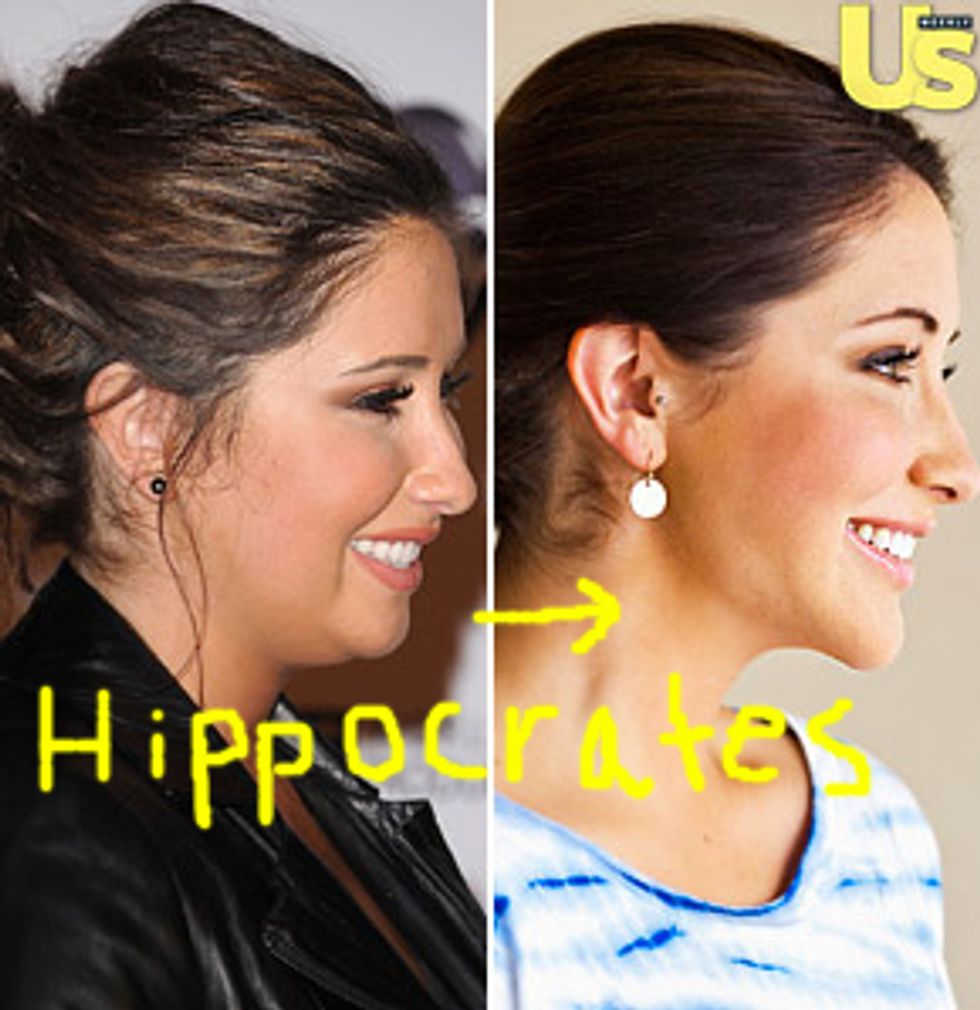 Sure, itseemed strange when we read famed Hollywood reproducer Bristol Palin was moving "to Los Angeles from Wasilla, Alaska" to live with two black people and will be "working" at "a job" for what will be the most fictional show in the history of American television, not the least because, as we are embarrased to know, she has been living in Arizona, not Alaska, for quite some time. But this is more odd: Bristol Palin had all the fat sucked out from underneath her face and suddenly has a new Jay Leno chin. This allowed her a chance to once again tap some food money from US Weekly, by denying the procedure was plastic surgery. The problem, she says, was that her snowbilly teeth were all screwed up and her jaw was about to rot off or something. Even better!

"Yes," she admits, "It improved the way I look, but this surgery was necessary for medical reasons...so my jaw and teeth could properly realign...I don't obsess over my face"

Still, "I am absolutely thrilled with the results," she gushes. "I look older, more mature, and don't have as much of a chubby little baby face!"

See, she doesn't care what she looks like at all! The medicines just told her that her face was going to fall off, so they forced her to reengineer the skull God fucked up on when he was making her. But she loves how great she looks, even though she doesn't care at all about how she looks!

Doctors had to liposuction her chin scrotum, of course. But they weren't removing fat! That's where all her teeth were. It makes a lot of sense.