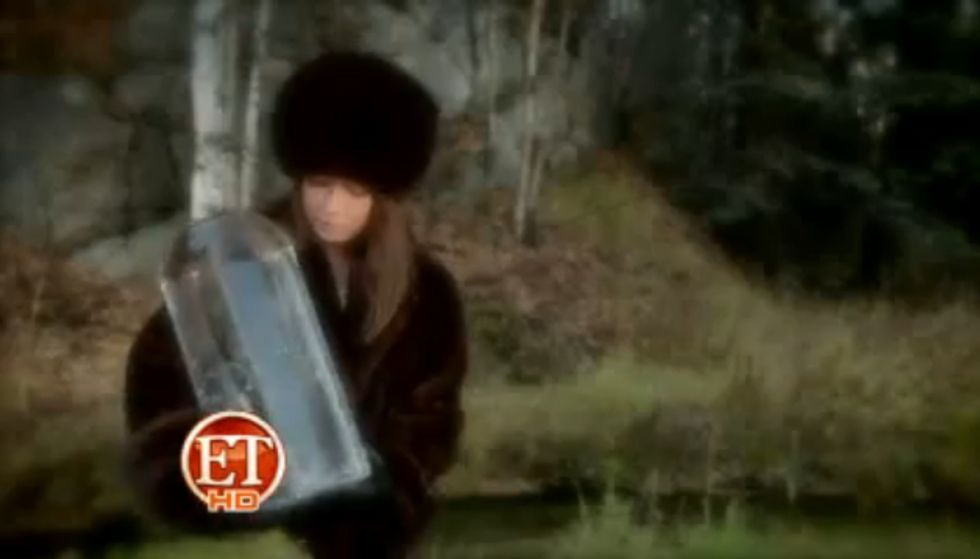 The band is from Alaska and is EXCELLENT. Just look at the bio on their website:

Lead singer Jared Navarre met lead guitarist Josh Witham in the fall of 2005 and it wasn’t long before they discovered the creative synergy between their dynamic musical backgrounds. Jared’s voice was formed by the diverse sounds of Incubus, Foo Fighters, and Boys2Men, while Josh’s favorite acts included Metallica & Rage Against the Machine. After finding drummer Dennis Smith in 2007, Static Cycle was finally complete.

Wow, what a voice! Those are all the best bands!

They even have Alaska's Black Guy! This was a very good business decision by this public-speaking teenage mother. Making Mom proud. [Entertainment Tonight]