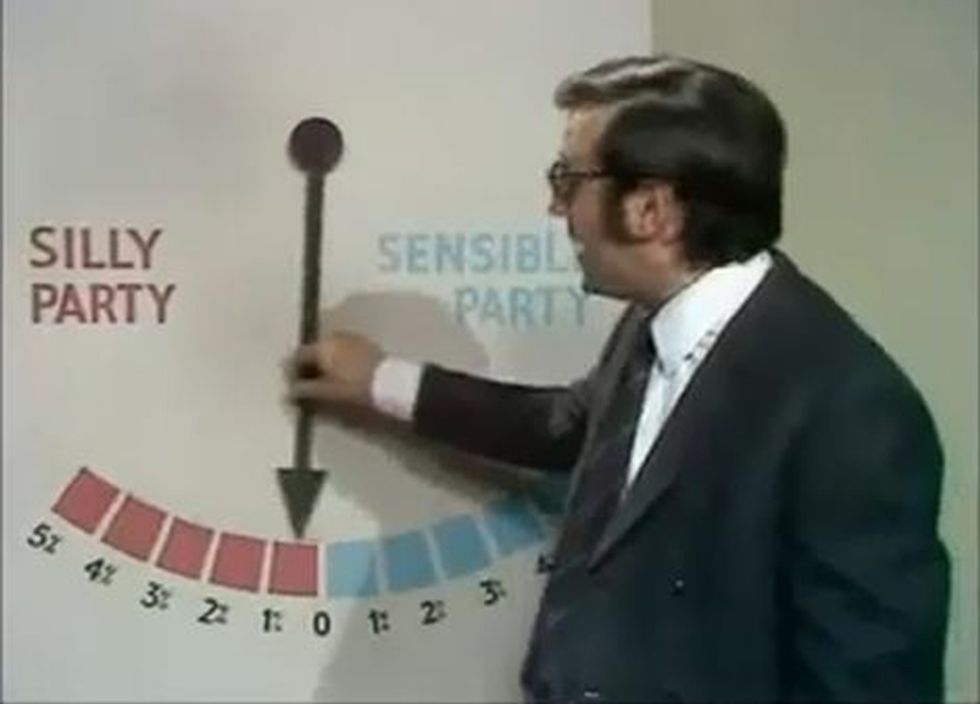 Thank god we have a timely cultural reference point!

British Prime Minister Theresa May and her Conservative Party had hoped yesterday's election would be a feather in their cap, but instead it ended up being a big black eye, with the Tories (who are also the Conservatives) losing their majority in the House of Commons and barely holding on to power; they'll have to form a coalition government with a small rightwing party in Northern Ireland, the Democratic Unionist Party. That's "unionist" as in continuing union between Northern Ireland and England, not as in trade unionist, which wouldn't really be their bag, man.

Oh, yes, and also, May managed to hold on to her own seat in Parliament despite a challenge from joke candidate "Lord Buckethead," who wears a bucket on his head, reasonably enough. He was very pleased with his vote total:

Yr Wonkette knows everyone's all excited about Buckethead, but we would rather do an explainer of what happens now than jump on the TEE HEE LOOK A PRANK CANDIDATE bandwagon. Yes, really. (Snrk...Buckethead!) Because here's the thing: May called the election back in May with the hope of increasing the Conservative majority in Parliament before starting negotiations for Britain's exit from the European Union. Instead, they lost a bunch of seats to Jeremy Corbyn's Labour Party, which made its opposition to Brexit a focus of the campaign, and we'd like to think benefited from one of the best campaign ads we've seen in a while: