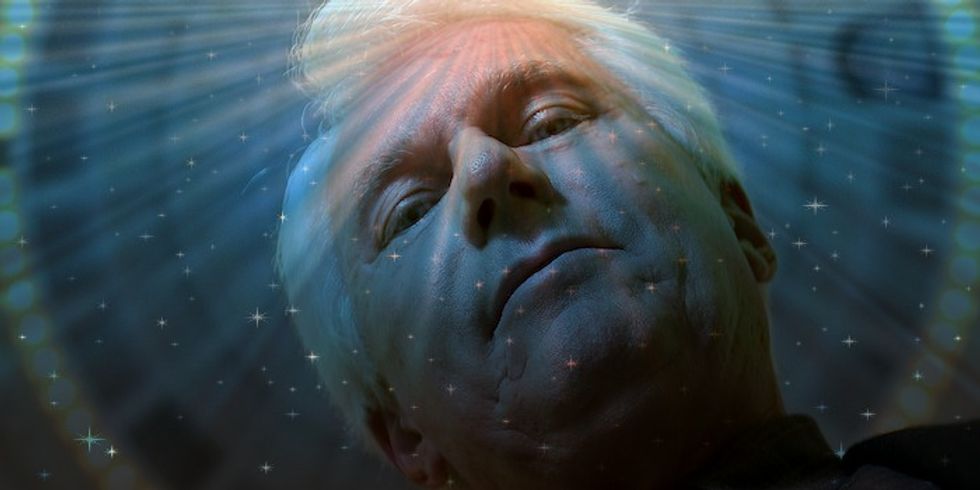 heaven must be missing an angel

Everywhere you turn, Donald Trump is sucking up all the oxygen in the Muslim-bashing corner of the room, probably because he is just so gosh-darn good at it. But what about all the other people who really hate Muslims too? What about poor also-ran Rand Paul, who last time we checked was polling at somewhere around negative eleventy? Or that lady who bans Muslims from her Ye Olde Murder Tool Emporium? She super duper hates Muslims!

Our latest entrant in the "Hey Hey Look Me Too Look Over Here Me Me Me I Am A Virulent Racist Also Too Pay Attention To Me!" he-man Muslim-hating sweepstakes is none other than our old pal, Bryan Fischer. Fischer took time away from having comically outsized meltdowns over gay marriage to explain that he hates the Muslims so much that he will literally pay for them to go away.

Verily, verily, we say unto thee that Bryan Fischer is the very worst at concern trolling. You know he thought that was just the most awesome "gotcha" that he could have ever delivered. How can you accuse him of ill intentions? He is full of Christian sweetness and light. He doesn't hate the Muslims. He just wants them to be happy somewhere that is not anywhere near Bryan Fischer, because Bryan Fischer only likes theocracies run by Christians.

At first, we thought that this might be a cause for semi-rejoicing, because if Fischer is concerned that Muslims are the root of all evil then maybe gays aren't any longer? Except then we remembered that Fischer has no problem hating multiple groups of people and blaming them for all America's ills at the same time. He contains multitudes. Vicious, petty, criminally stupid multitudes.