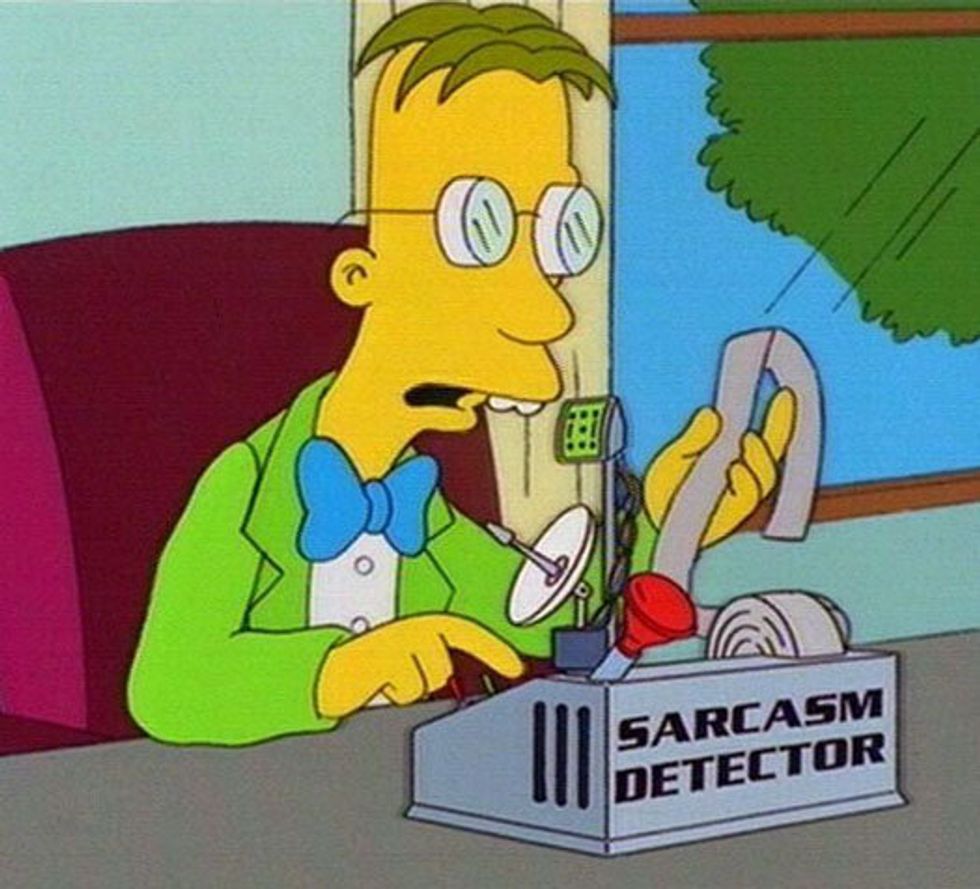 Oh, golly, kids, we think the SCOTUS decisions throwing out DOMA and Prop 8 may have actually broken poor Bryan Fischer. Just look at the sorry mess he threw up on the American Patriarchy Association's blog Thursday. See, he's going to really rip on those liberal Justices, using their own twisted sick logic to expose their hypocrisy once and for all:

Observers have yet to recognize the obvious: the liberal justices on the Supreme Court are a batch of homophobic bigots who harbor malice in their hearts toward homosexuals.

This is evident based on their very own reasoning. In the DOMA ruling, they made it clear that every member of Congress who voted for DOMA, and the Democrat president who signed it into law, denied special rights to homosexuals for one reason and one reason only: their mean-spirited intent to “disparage,” “injure,” “degrade,” “demean” and “humiliate” homosexuals.

What the what? OH, we GET IT, Bryan, the Court only threw out DOMA, but since they didn't rule that Gay Marriage is now allowed -- no, mandatory -- in all 50 states, they are, by their own logic, big ol' gay-haters! Oh, gosh, you sure did expose the hypocrisy of the Court's majority there!

Fissure goes on in that vein for a couple more paragraphs, pretending that the decision overruling DOMA is somehow hypocritical in its failure to do something that was not even at issue in the case:

Homosexual couples in the other 38 states just got hosed. They were denied, by those who fancy themselves to be morally superior opponents of discrimination in all its forms, the very rights they awarded to every other homosexual couple in the rest of the country.

Did he even notice that he was typing "just got hosed"? (Funny how these guys simply cannot resist cramming all those double-entendres down our throats, isn't it?)

And then we get to the Big Reveal: You know what those advocates of "sodomy-based marriage" are really doing? They are Being Hitler, and that indisputable fact is supported by none other than Antonin Scalia:

By demonizing supporters of natural marriage as they have, the liberal justices have demonized every values voter in America just as Hitler did the Jews right before he started carting them off to the ovens.

Said Scalia, “It is one thing for a society to elect change; it is another for a court of law to impose change by adjudging those who oppose it hostes humani generis, enemies of the human race.”

That phrase, “enemies of the human race,” sounded familiar. I soon discovered with minimal research that this phrase was frequently found on the lips of Adolf Hitler. It was his pet phrase to describe the Jews, and became his justification for seeking to wipe them from the face of the earth.

Poor Bryan is not engaged in hyperbole here. He is 100% certain that within the next few years, sodomites are literally going to ban the Bible as Hate Speech and then throw him and all his pals into a gas chamber. Fortunately, he is wise to the plot, and ready to stop it:

It’s time for values voters to armor up, not with the weapons of the world and the flesh, but with the spiritual weapons of warfare which are powerful in God for the pulling down of strongholds. All-out cultural war is about to commence. Strap it on, boys.