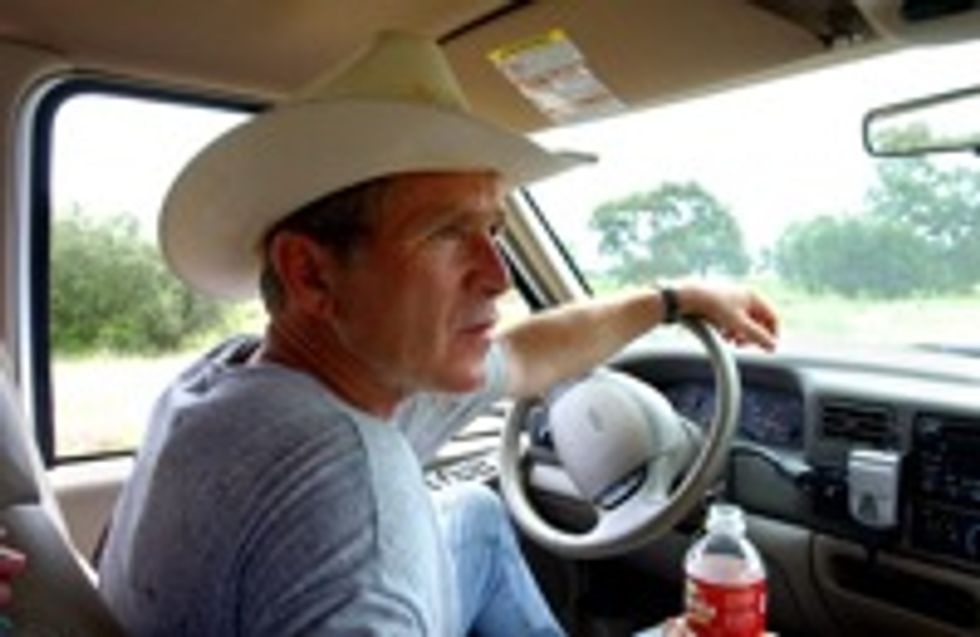 One of the only nifty things about our soon-to-be-former President George W. Bush was his ranch house in Crawford, Texas. It wasenvironmentally awesome, you see! Geothermal heat, underground rainwater collection tanks, native plants all over the place, built out of cheap local limestone -- Prairie Chapel Ranch was Bush's secret hippie paradise. Sometimes when he acted like a real jerk, all lying us into war and bombing places and extraditing terror suspects to scary Polish prisons and using the Constitution as a snot rag, we would think, "Well, he can't be one hundred percent awful, because look at that tastefully decorated (ignore the old-lady chairs in that photo) and relatively small house he spends all his time in." Now that he no longer has to keep up even an appearance of normalcy or sanity, he'll be moving to Dallas.

It's still not as stunningly vulgar as John Edwards' dirt palace/masturbatorium, but George Bush's new mansion does heat and cool itself using a special kind of fuel made from distilling the tears of orphans. CRIPPLED ORPHANS.CRIPPLED ORPHANS WHO WERE ABANDONED BY THEIR PARENTS BECAUSE THEY "WEREN'T PRETTY ENOUGH."

He'll hold onto the Crawford Ranch, but never visit it again, until his stocks tank and he gets a margin call and has to sell the thing for $400.