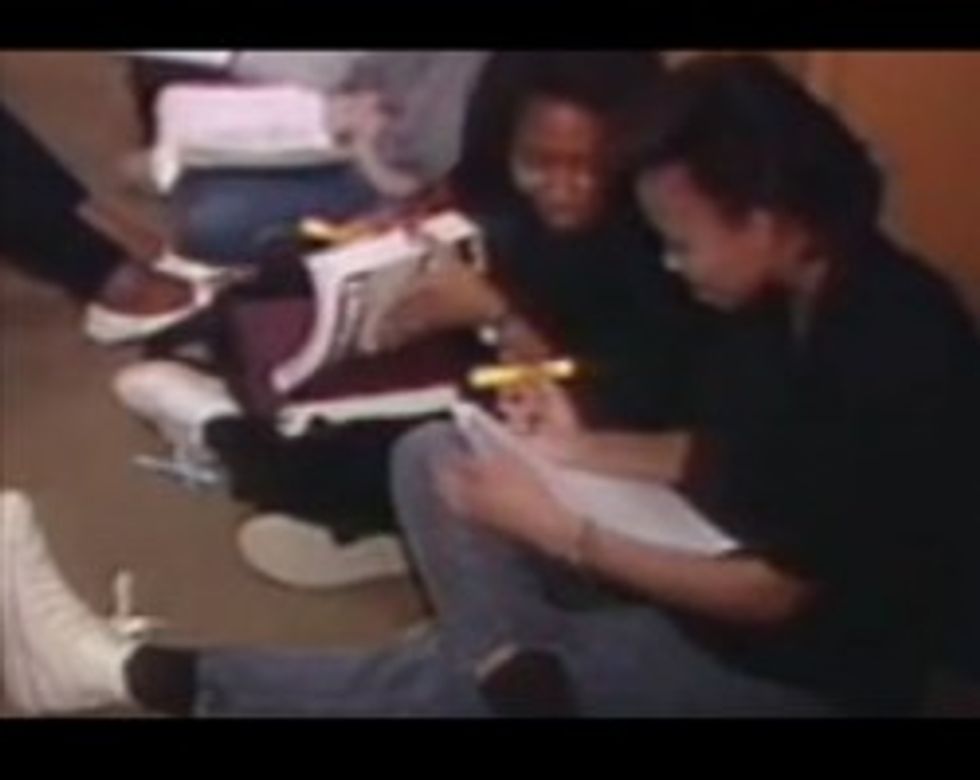 What would we do without Tucker Carlson's Daily Caller for the relevant, importantIvory Tower news from 1988 -- and more importantly, does Ghost Andrew Breitbart know about this? Daily Caller star reporter Matthew Boyle (recently seen blaming AG Eric Holder for the lack of a pre-crime unit in DC's Metro) is on the case of Michelle "Whitey" Obama's race-baiting college and law school days, by linking to some Pajamas Media dude who has unearthed a Smoking Gun!

Newly surfaced footage shows a young woman who appears to be Michelle Obama, and several other students, staging a sit-in in the Harvard Law School dean’s office in 1988.

According to J. Christian Adams of Pajamas Media, the video depicts the students — including the woman who appears to be Mrs. Obama — conducting a protest to “solve the minority faculty problem,” as one student puts it, by implementing race-based hiring practices.

The White House did not immediately respond to The Daily Caller’s request for comment regarding identifying the woman who appears to be Michelle Obama.

We wonder if Buzzfeed-approved reporter Boyle also told the White House that if they did not respond, he would consider that a confirmation that Michelle Obama bakes the blood of Christian children into her matzo brei?

Regardless! Your editrix has studied Critical Race Theory, in (Elitist) graduate school, and she agrees: Critical Race Theory can actually be really annoying sometimes! But its basic underpinnings -- that the law and the courts have consistently been used to keep power and privileges for the majority -- is fairly inarguable, unless you believe that American Jesus decided Dred Scott the way He did because of how much He hates fetuses.

Anyhoo, we can't figure out which nice young lady in the following video is supposed to be Michelle Obama, but since it's from 1988, and she got her JD from Harvard in 1988 (Affirmative Action baby, obvs), and she would have been a pretty piss-poor female African-American Harvard Law student if she wasn't Radically and Alinskily hanging out quietly in this hallway for a very well-mannered sit-in, we agree with the Daily Caller that she probably was.