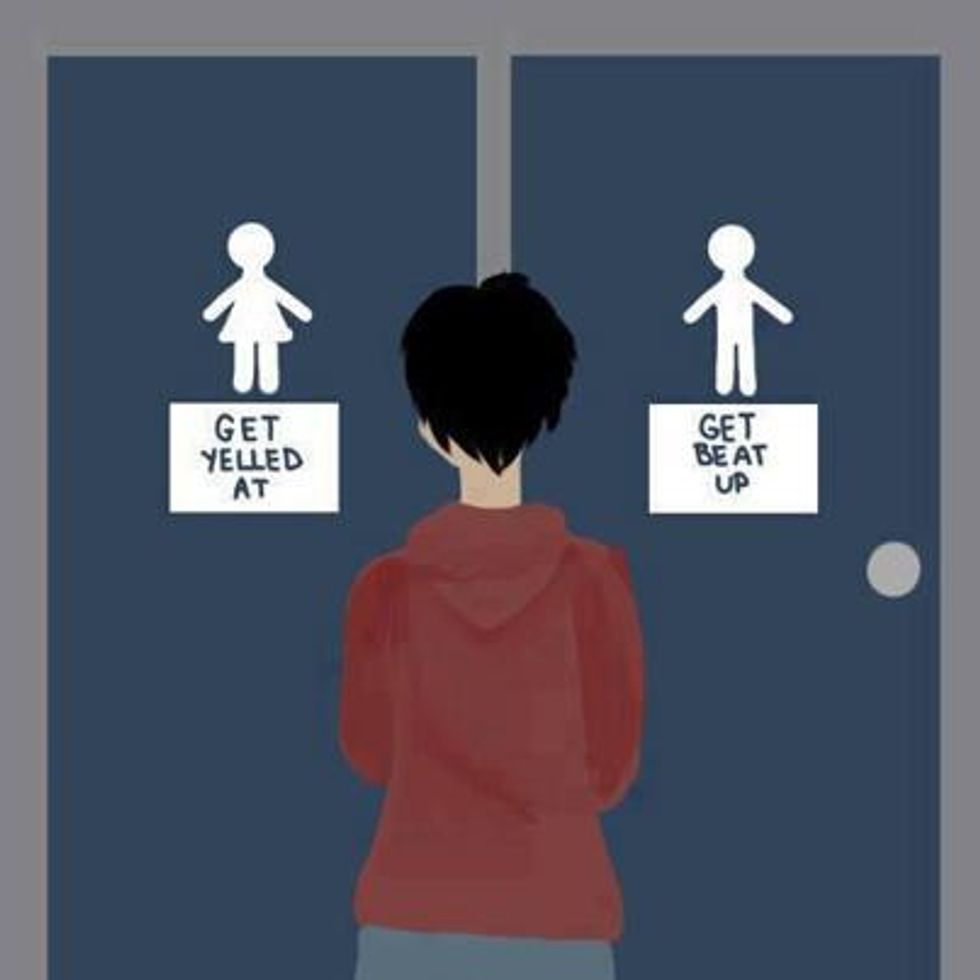 Some weeks back, we had a Nice Time, about a Michigan lady, Yvette Cormier, who was bitching and moaning about the fact that her local Planet Fitness allows transgender people to use bathrooms and locker rooms that correspond to their gender identities. She huffed and puffed about a "man" being in the locker room (it was a trans woman), and Planet Fitness decided, to hell with it, and terminated her membership -- Cormier's, not the trans woman -- citing the fact that it's very boldly stated, in their policies and on their website, that they are a No Judgement [sic] Zone.

End of story, or should have been! Instead, Yvette Cormier is suing Planet Fitness for pain, suffering, and an itchy case of the Butthurts:

Planet Fitness deemed her judgmental behavior “inappropriate and disruptive to other members,” but now Cormier is suing for over $25,000 in damages.

The complaint, filed in state court, accuses the LGBT-inclusive policy of being an “invasion of privacy [that] enables sexual harassment and possible criminal activity, and endangers women and children.”

Funny, but we thought wingnuts were usually into that whole "businesses can do what they want and the free market will sort everything out" idea. We guess it doesn't count when you're a hateful, perpetually aggrieved professional victim, especially when a known religious right law firm is offering to take your case to court:

Cormier’s representation by Kallman Legal Group is likely not a coincidence. David and Stephen Kallman, a father and son team, already have a reputation for opposing LGBT equality in Michigan. In October of 2013, they submitted a legal memo challenging proposed LGBT nondiscrimination protections in Delta Township, claiming that the ordinance would violate others’ religious freedom. The memo compared homosexuality to extramarital sex, polygamy, pedophilia, serial killer rapists, necrophilia, bestiality, and incest and suggested that because gender identity is “internal to the person,” someone accused of discrimination would be required to be a “mind-reader” not to discriminate. Their suit against Planet Fitness for respecting how individuals self-identify their gender seems to disprove this last concern.

Cormier's complaint is a tossed salad of whining, fake aggrievement, and bigotry, with a side of ranch dressing. It claims that, when in the locker room at the gym, Cormier "came into contact with a large, tall man" who was "using the alias of Carlotta Sklodowska." Nice! Trans people, not only do you never get to change clothes or pee, but any new name you choose when you transition is an "alias." Cormier also claims that Planet Fitness does not have any signage that says men can use the ladies' facilities, and she's right! They don't have that signage, because they don't have that rule. Cormier's entire case is premised on that faulty assertion, because she and her wingnut lawyers are very stupid. Trans people are real human beings and Carlotta Sklodowska identifies as a woman, so we're done here, QED?

Of course we aren't. Cormier says that every time she went to the gym after that, she had to dick-check her way through the entire locker room, just to make sure she was comfortable with everybody's genitals, before moving on to the hard work of putting her purse in a locker and changing.

Here are some of the ways Yvette Cormier is pretending to suffer, according to the complaint:

41. Defendants [sic] conduct caused Mrs. Cormier embarrassment, humiliation, and severe emotional distress as she was subjected to using the same locker room as a man, and subsequently having her membership terminated, because of her refusal to submit to this invasion of her privacy.

42. As a direct and proximate result of Defendants' violation of the Act, plaintiff suffered damages as follows:

a. Loss of use of gym facilities.

b. Fear about using the gym facilities.

f. All other damages that reasonably flow from Defendants' outrageous behavior.

The poor woman! The gym free-marketed her membership because she was being a pain in the ass, which embarrassed her and made her cry, and everybody thinks she's a bitch now, $25,000 PLEASE!

Sorry, Yvette Cormier, you signed a membership contract with a gym that states their open-minded policies very boldly and loudly, it's not Planet Fitness's fault that you can't read the fine print, the medium-sized print, or the print that's in huge neon flashing letters, which spell out "YOU ARE SUCH A DUMBASS."