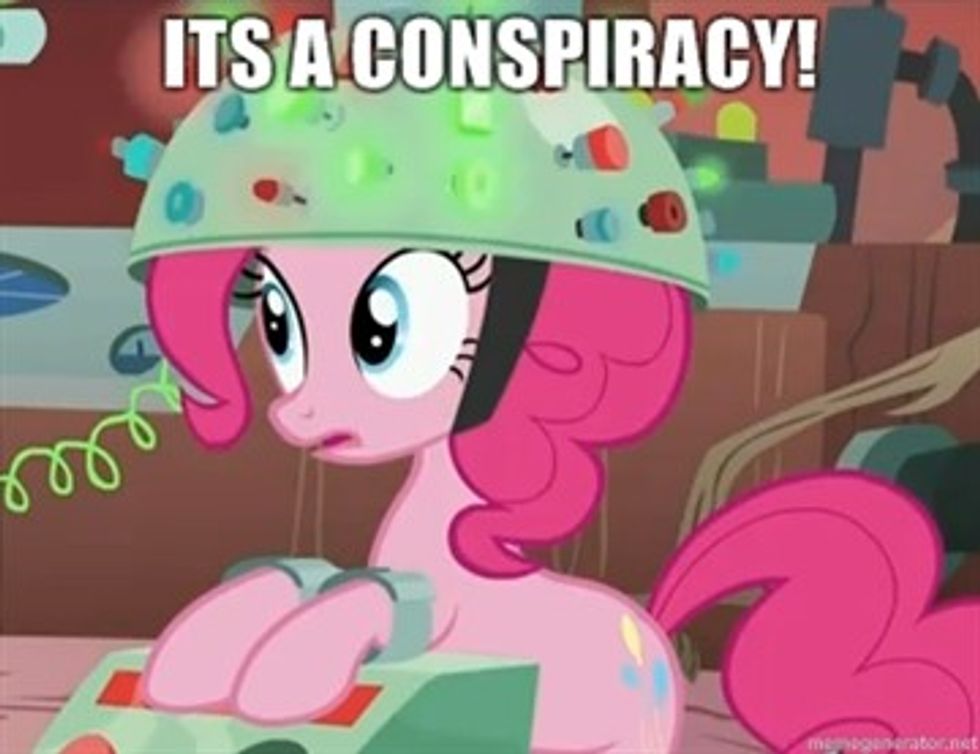 Back on May 19, the city of Richmond, California, adopted a resolution opposing the deployment of weapons in space. At first glance, it seemed like one of those nice crunchy-granola lefty leftovers from the Reagan administration, like voting for a nuclear freeze. But since the passage of the resolution, the city's police department has been flooded with calls from people who want help with all the mind-control rays getting past their tinfoil hats.

If Richmond sounds familiar to people outside the Bay Area, that's because it's the plucky little city that resisted a $3 million effort by Chevron to elect a mayor and council that would be friendlier to the oil company's huge refinery, which the city had sued after a nasty fire in 2012. Against all that money, anti-Chevron candidate Tom Butt -- his real name -- still managed to win, and none of Chevron's council candidates gained office.

The resolution was introduced by Councilwoman Jovanka Beckles to support a 2001 bill by then-congresself Dennis Kucinich; the bill called for the banning of space-based weapons like some of the components of the never-built Star Wars missile defense system, to "preserve the cooperative, peaceful uses of space for the benefit of all humankind." But there's also language prohibiting mostly imaginary "exotic" weapons systems targeting individuals on Earth, including systems:

There's even a line banning chemtrails. We haven't researched the history of the 2001 resolution, which never passed, but if Dennis Kucinich was really pushing that, our opinion of him just went straight into the Skeptic Tank.

Beckles seems to share the belief in such oddball conspiracy stuff, or at least to suffer from misdirected empathy for people whose problems are not really coming from the skies; at the City Council meeting where the resolution passed on a 5-2 vote, she said, “It is imperative that Richmond adopt this resolution in effort to stand in solidarity with residents who claim to be under assault from space-based weapons that should be outlawed by the Space Preservation Act.”

Beckles also said that she was motivated to bring forward the resolution in support of a Richmond resident, Amy Lee Anderson, who thinks she's been targeted by "remote transmission” from some kind of space gizmos.

During the council meeting, Anderson gave heartfelt, emotional testimony that probably should have scared the council majority away from the resolution:

Nowhere in the United States, no targeted individual can get this type of support ... We just needed one person, one city. Because of that, you all are our heroes. We are dying within because the technology is so sophisticated. It’s hard for someone who has no experience to fathom it, it is so sophisticated ... we are pained, and we are tortured, and we are humiliated every day ... we don't even know how and why we have these type of people on this planet that are harmed in this way.

Another gentleman, Jesse Beltran, president of the "International Center Against the Abuse of Covert Technologies," testified about the dangers of "remote influencing technologies" -- and explained that most people who are victims of mind control don't get treatment because if they went to a traditional physician, they'd "be railroaded into the mental health institutions." He then testified about the hundreds of victims of remote influencing technologies he treats every week, and explained that the Bay Area is one of several "hot spots" for victims of mind control.

Beckles and other members of the Richmond Progressive Alliance voted for the resolution, some framing it as an anti-war initiative; another council member, Nat Bates, simply said, "I’m going to support the resolution for the simple reason that we have voted on a lot of dumb ideas."

Since the passage of the resolution, the Loonosphere has picked up the notion that Richmond is now a haven for "victims" of space-based mind control, chemtrails, and microchips in their butts, and have been calling Richmond's police department for help:

“We are getting numerous requests from individuals all over the country—some even from other countries related to the Council’s recent resolution,” police Chief Chris Magnus said in a statement released by the mayor’s office. “Richmond now seems to be known as the ‘resource or helpers’ for folks from many states with a myriad of mental health and other problems.”

Magnus said that the department is unable to handle the call volume, and that it's diverting resources from real emergencies. Even Mayor Butt has been contacted -- but not by Occupants of Interplanetary Craft. KPIX-TV says that the mayor's office has been receiving pleas for help, including "a message from a woman living in her car in Carson City, Nevada, who says she has been electronically stalked but has received no help from law enforcement."

For those of you who never watch the videos, we should note that Mayor Tom Butt declined an on-camera interview because "he didn't want to make fun of the city council."

Vice-mayor Jael Myrick issued a statement expressing regret for having voted for the resolution:

It has become clear in the past two weeks that this resolution is being used by some to validate very dangerous conspiracy theories that may be having a real negative impact on the lives of people with serious mental illness and those around them[.]

Here's hoping that the council will consider repealing the resolution and replacing it with a call for better mental health services -- it's clear that there are a lot of people out there who are seriously hurting, and that mind-control rays have nothing to do with it.

But then, that's what you'd expect us to say.