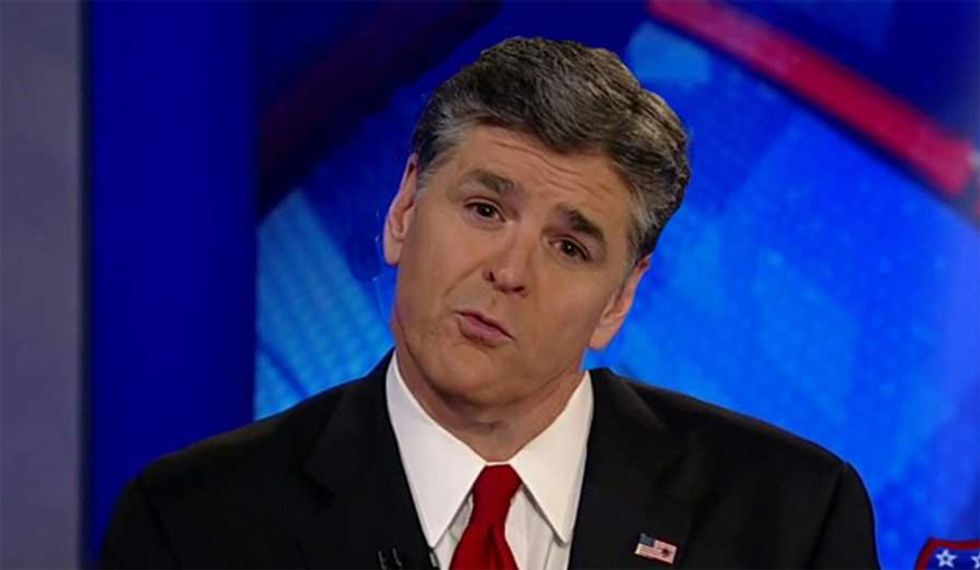 It's not a lie if you REALLY wish it were true!

NEWSFLASH! DRUDGE SIRENS! BREAKING! Fox News is a toxic waste dump that employs horrible, unethical people. "Reporters" at the network concocted a story last May claiming that Seth Rich was killed for leaking the DNC emails to Wikileaks. They didn't care that it wasn't true and they didn't care about his grieving parents. They shared the fabricated story in advance with the White House, which encouraged publication to discredit the intelligence agencies' assessment that Russia hacked the DNC. And now Seth Rich's parents are suing Fox in federal court for intentional infliction of emotional distress.

In December 2016, Trump-loving businessman Ed Butowsky posted on Facebook that he was “looking to connect with anyone Jewish in Omaha Nebraska,” home of Seth's parents Mary and Joel Rich. He must have found them because in January he texted Joel, “Please call ed [sic] Butowsky. We met through Jeremy from your temple. 972-xxx-xxxx.” Oh, those Evangelicals love the Jews, don't they!

Butowsky wormed his way into Joel and Mary's confidence by saying he wanted to help find their son's killer. And even though Butowsky kept pressing the Riches to hand over Seth's computer so he could find all the emails between their son and Wikileaks, the parents trusted him and accepted his offer to find them a private investigator. Butowsky introduced them to Rod Wheeler, a retired cop under contract to Fox News, and generously offered to pay Wheeler's fee to investigate the murder. What a guy!

Only Wheeler was just a plant, so that when Butowsky and Fox reporter Malia Zimmerman cooked up their bullshit story claiming Seth Rich was offed by Hillary Clinton's henchmen, they could attribute it to a "private investigation firm [that] was hired by Rich’s family to probe the case."

The Jackals Turn on Each Other, Are All Still Jackals

Wheeler is currently suing Fox for defamation, claiming that they fabricated these quotes and attributed them to him in their May 16, 2017, article.

My investigation up to this point shows there was some degree of email exchange between Seth Rich and Wikileaks,’ said Wheeler.

My investigation shows someone within the DC government, Democratic National Committee or Clinton team is blocking the murder investigation from going forward,’ Wheeler said. ‘That is unfortunate. Seth Rich’s murder is unsolved as a result of that.

Wheeler also alleges that Donald Trump himself called for the quotes to be attributed to the detective. Wheeler's lawyers haven't yet deposed the president, but Sean Spicer confirms that he did meet with Bukowsky and Wheeler about the story before it ran.

According to Butowsky, the statements were falsely attributed to Mr. Wheeler because that is the way the President wanted the article. Zimmerman, Butowsky and Fox had created fake news to advance President Trump’s agenda.

Fox retracted the story a full freaking week later, on May 23, 2017, but Sean Hannity, Alex Jones and the rest of the wingnutosphere have never stopped flogging this horseshit. Because if Seth Rich is the real hacker, then there is NO COLLUSION and NO RUSSIA! Hillary goes to jail, and maybe Robert Mueller, too. Donald Trump is legitimate, Democrats are evil, and the world is as it should be.

So Rich's parents are suing Fox, Butowsky, and reporter Zimmerman for the horrible nightmare they've been living since Fox published this piece of crap hitjob. They've suffered constant harassment, severe anxiety, and related health problems. On top of which, Butowsky continues to send Joel Rich texts, like this one from May, 2017.

I kept thinking at some point you would explain the things written about me were not true but you never did. . . . The idea that I conspired to do something which I have no idea what that could’ve been is complete hogwash made up by this jackass Brad Bauman. In the meanwhile, You should call Malia Zimmerman. She found the person and the gun that was used to shoot your son. That is what you wanted, correct? If you want her phone number text me and I will send it to you. When you find out who did it you are going to be very very emotional.

Truly, hell is too good for these people.

When Yr Wonkette is king of the world, horrible, unethical assholes who take advantage of grieving parents will go directly to jail forever. But today, it's not against the law to be unspeakably cruel. And it's not against the law to lie. And you can't sue someone for defaming a dead person. So we don't hold out a lot of hope for the Riches' case against Butowsky, Zimmerman and Fox. Their primary claim is for Intentional Infliction of Emotional Distress (IIED), and you never want your main cause of action to be hurt feelings. Perhaps the claim that Fox, Butowsky and Zimmerman Tortiously Interfered with the Riches' contract with Wheeler will be enough to get them in front of a jury who will likely award them all the Ameros. But, well ... don't get your hopes up is what we're saying here.

Sorry, this is really not a Happy Nicetimes story. Rich's parents probably won't be able to do to Fox News what Hulk Hogan and Peter Thiel did to Gawker. (Although, come to think of it, that $115 million judgment that murdered Gawker was also for emotional distress.) If it makes it any better, Hannity lost a shit ton of advertisers and smashed his Keurig.

Yeah, no it didn't help us either.

Please click here to fund Yr Wonkette! Maybe we will find you something less gloomy tomorrow!