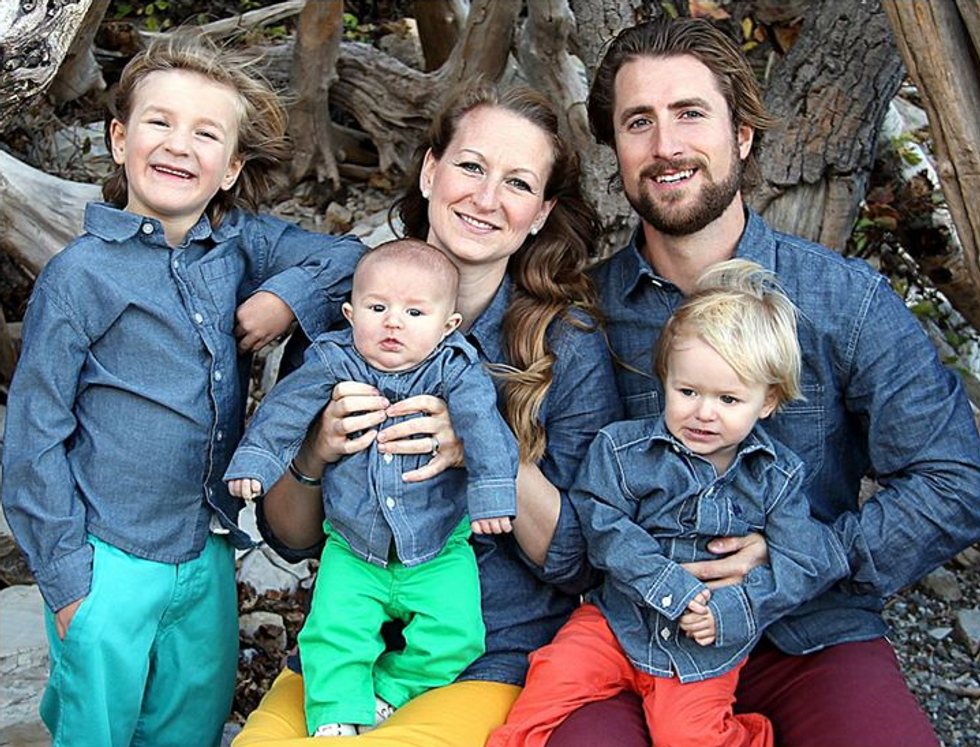 Greetings, you scandalous scallywags! It's time once more for your weekly recap of pseudoscientific psychopaths, the Snake Oil Bulletin!

This week, we bid farewell to two of our more infamous guests, the Murdas from Alberta, Collet and David Stephan. The milquetoast Munchausens have FINALLY received their sentence for the 2012 death of their toddler, Ezekiel. We have all the scandal and sadness in this here bulletin, so let's waste no time!

Today we bring an end to an era: the Ezekiel Stephan era. He was the toddler whose fuck-knuckle parents, Collet and David, decided to treat his meningitis with echinacea and special mommy hugs instead of medicine, even though literally everyone in the couple's life told them to take the kid to a freaking doctor. By the end of his life, Ezekiel's spine was so swollen he couldn't sit down in his car seat. He eventually stopped breathing, suffered brain death, and was removed from life support.

David and Collet Stephan were convicted of failing to provide the necessaries of life back in April, and on June 24 the judge issued his verdict. Perhaps in keeping with the spirit of the Stephans' care of Ezekiel, the judge decided that your standard allopathic verdict of three to four and a half years would be too harsh and have too many side-effects on the poor baby-murderers, so instead he sentenced them to the far more homeopathic sentence of four months in jail for David and three months of house arrest for Collet.

The judge in the case felt that while both parents were responsible for their child's death, David acted more negligently in the matter, hence the differing sentences. Collet, he claimed, "did research" and called a nurse about Ezekiel's sickness, which in his mind meant she actually tried to do something.

Except she didn't do anything. When Collet "researched" online, the sources all told her to see a doctor. When she called a nurse about his illness, the nurse told her to see a doctor. When she went to the naturopath and the naturopathic pharmacist, both of them told her to take her kid to a fucking doctor. She did none of that. She fed Ezekiel through an eye dropper and watched as his body became so stiff with inflammation that he couldn't bend to sit in his car seat. Collet Stephan did NOTHING to help her boy.

The judge felt, however, that while Collet at least seemed sorry for what she'd done, her husband David consistently denied responsibility for his toddler's death, adding, "Mr. Stephan's post-conviction actions demonstrate a complete lack of remorse... To this day he refuses to admit his actions had any impact."

We could have told you that, Your Judiciousness. David's ranting Facebook screed accusing the jury of being sheep manipulated by government lies didn't go over well with the court. Neither did David's interview with the producers of Vaxxed, Andrew Wakefield's fraudulent film flub, an interview that was played during the sentencing. In the tape, David repeated his idiotic blame deflection that the EMTs and ambulance were really to blame for Ezekiel's death, because they didn't have a toddler-sized endotracheal tube.

But here's the rub, David: it doesn't matter. Even though it wasn't the ideal size, you can still use a grown-up size tube to pump air into a toddler's lungs. Is it ideal? No. But it's worlds better than letting the kid die.

Let's just asssume, however, that the tube couldn't fit Ezekiel. You know whose fault his condition would still be? Yours, David. YOU let him suffer for two and a half weeks without seeing a doctor. YOU let his body get so stiff that you placed him on a mattress in the backseat so he could ride with you while you ran errands. YOU waited until he stopped breathing before you called an ambulance. YOU did all of that and more to kill this child. And let's not forget, it was YOU who didn't tell the police what happened to your son because you were more concerned that you would get in trouble for not putting him in a proper car seat. Your son's brain was dying from lack of oxygen, and your primary concern was saving your own damn skin.

With the hateful force of a thousand suns, FUCK YOU, BUDDY.

In addition to serving their slap-on-the-wrist sentences, David and Collet have been ordered to take their three surviving children to doctor's visits at least once a year. We are absolutely NOT speculating that the Stephans will totally ignore this order like Alex Radita's parents did, and are not at all thinking up maple-syrup related puns we can use when they're inevitably investigated again by CPS. Heavens no.

Perhaps as an added flip-off to David for being such a condescending prick on social media, the judge ordered that Collet must reprint the complete sentencing decision on their Prayers for Ezekiel Facebook page. She hasn't as of Sunday, June 26, but she did post this this absolutely laughable call for people to protect David from the evils of his Club Med spa cell:

Thank you everyone for all your support and out pouring of love and kindness! David, Collet and the boys are ok. Collet is home with the boys, and David is in a protected cell. He is allowed out for a couple hours a day.

The media's reporting of the story using misinformation has left David in a very vulnerable position where we worry about his safety. These boys need their father. Please keep him in your prayers and lets bring this dad home!

Emphasis ours. Would you look at that? Even though David is IN JAIL, he's still perfectly free to leave his prison anytime and make a fun day out of it. White people prison is just the best.

We'll end our bulletin with a parting note to the Stephans: If you weren't concerned about Ezekiel's safety while he was still alive, why should anyone be concerned about your safety now?