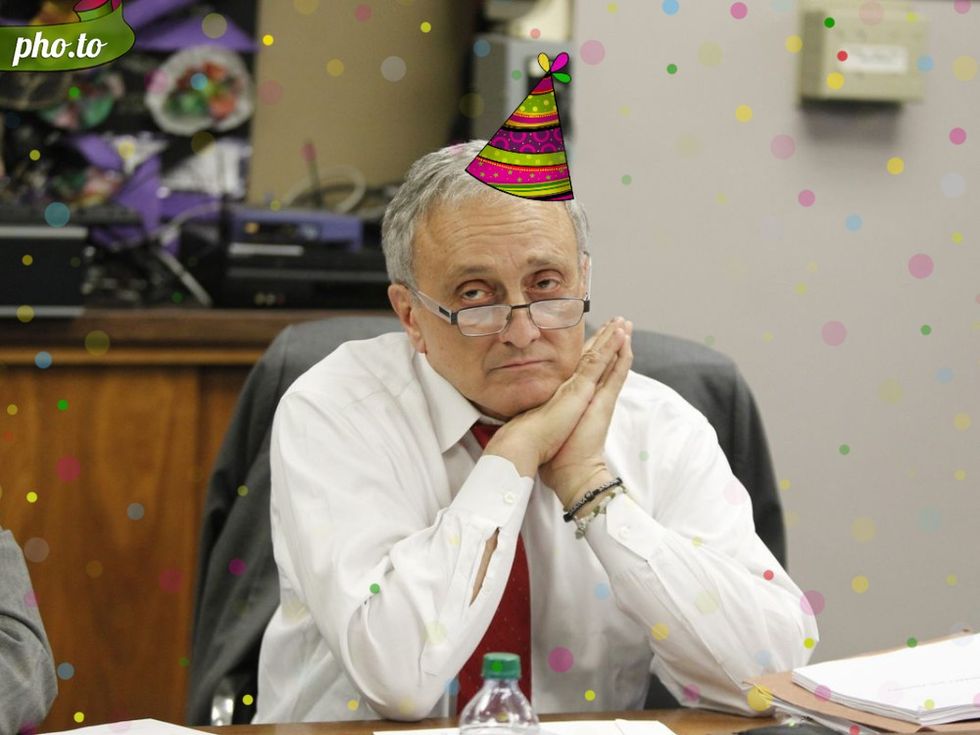 Businessman Carl Paladino is not a popular guy. He is very unpopular in Buffalo, New York, where no one likes him, and even his own son is always like "GOD DAD, please stop embarrassing me and my company with your terrible Archie Bunker shit."

In an email blast earlier this week, Carl sent out a deluge of dumb, racist memes to everyone on his contacts list, including one declaring March to be "Stop Blaming White People Month."

See! It's funny because systemic oppression is all in your mind! Or something! Either that or Carl Paladino just really wants a hug. I am going with the latter, because he seems like a very lonely person who has probably alienated everyone in his personal life. Otherwise, he'd probably do what other jerks do and just send out his weird email blasts and chain letters to his friends and family members. Now, he's just sitting around like Stella Dallas's daughter wondering why no one came to his Stop Blaming White People party.

The saddest thing about "Stop Blaming White People Month" -- other than Carl just really needing a hug -- is that the only people celebrating it are, in fact, white people like Carl Paladino. Which really doesn't work because probably Carl Paladino is not blaming white people for anything (except being AWESOME!) to begin with. White people are super great, says Carl Paladino, who is definitely one of them, in case you were questioning that. You can tell this because of how racist he is being.

Said email blast also included a real clever meme on how the Democratic party is the world's biggest hate group, because they hate rich, white, straight men who never did no one any harm.

Yes, surely it is a conspiracy.

Paladino, who is by the way a school board member, also included a swell meme about running protesters over with a truck.

OH, and also Russia is great and Democrats are bad, something something Kermit.

When the NY Daily News contacted Paladino about the memes, he responded by saying “It's pure unadulterated humor" and “Get a life.”

And therein lies the problem, Carl. If you have to tell people something is supposed to be funny, it almost definitely is not actually funny. These memes, and going around saying "LOL what if Obama had sex with a mad cow and then got mad cow disease! That would be cool huh!"? Not funny. And also probably why your family is not hugging you or taking your email blasts anymore, and why you never made it as a stand-up comic.