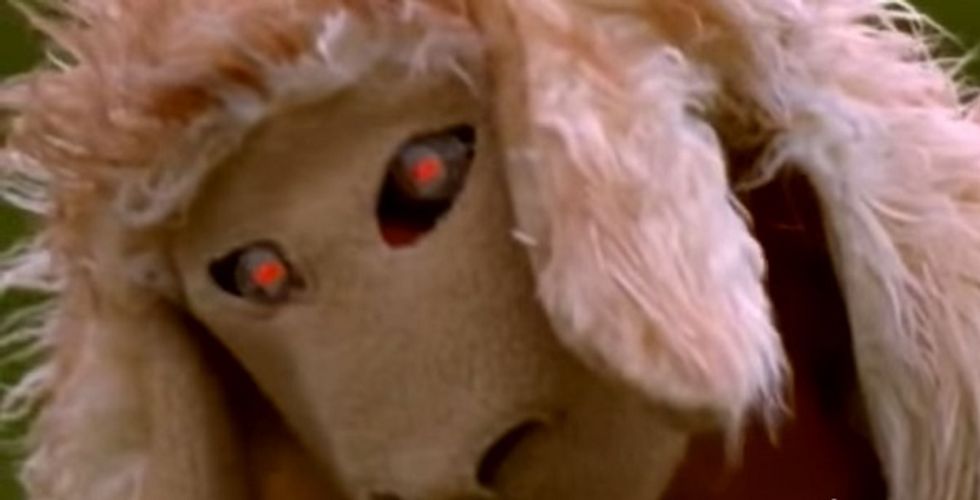 Donald Trump, in what appears to be an effort to fill his administration with as many former Republican primary opponents as possible who aren't Jeb Bush, Ted Cruz, Marco Rubio, or that pathetic guy from New Jersey who tried to suck up to him the hardest, is reportedly considering former Hewlett-Packard CEO Carly Fiorina for the job of Director of National Intelligence. Fiorina met with Trump today at Trump Tower, and had the nicest things to say about him, not to mention the impressive tchotchkes in his office!

Yes, it truly does take a champion to know a champion. Or to see a champion's very large shoe. Now we feel a lot better about all the intelligence challenges America faces, whether they be from China, Russia, or the NBA. But mostly China, because why would anyone except the CIA and a bunch of computer security experts think Russia has been hacking anything?

Now, you might think Fiorina, who has never worked in a spy agency, would be an unlikely candidate for Director of National Intelligence, but she knows all sorts of spy stuff, according to a 2015 National Review piece that points out how when she was at Hewlett-Packard, Fiorina helped the National Security Agency buy a whole lot of computers, and also got along well with former NSA chief Michael Hayden when he was director of the Central Intelligence Agency, even serving on an advisory board of tech experts from outside the agency. (Hayden ended up backing Jeb Bush during the primaries, however, and was highly critical of Donald Trump's instant dismissal of the CIA's finding that Russian hackers were trying to help Trump during the general election.)

Carly Fiorina Did GREAT Job With Hewlett-Packard. Too Bad It Was In Iran.

In any case, Fiorina is not altogether unfamiliar with some aspects of intelligence, such as how to sell computers to the NSA, as well as how to skirt sanctions and sell printers to Iran. More to the point, she knows enough that if Donald Trump thinks China was doing the hacking, then you say "Chinese hacking" first, and then "purported Russian hacking" after that, and then you stroke his ego by praising all the great people he's appointing, even the ones he said were ugly dog-faced ladies with ugly personas, which was Democrats' fault anyway.

What we are getting at here is that Carly Fiorina knows all about spy stuff, especially when it is completely fake footage of an "aborted" fetus that's really a miscarriage, and was never in the Planned Parenthood video that she said it was in, and anyone who says otherwise is a lying baby-killer. Sometimes good intelligence depends on making stuff up off the top of your head, and we're looking forward to the announcement of Fiorina's deputy intelligence chief, James O'Keefe.

Of course, if Trump does actually pick Fiorina as DNI, someone should ask during her confirmation hearings whether her nomination is simply an ingenious Russian scheme to drive America's intelligence agencies into bankruptcy.