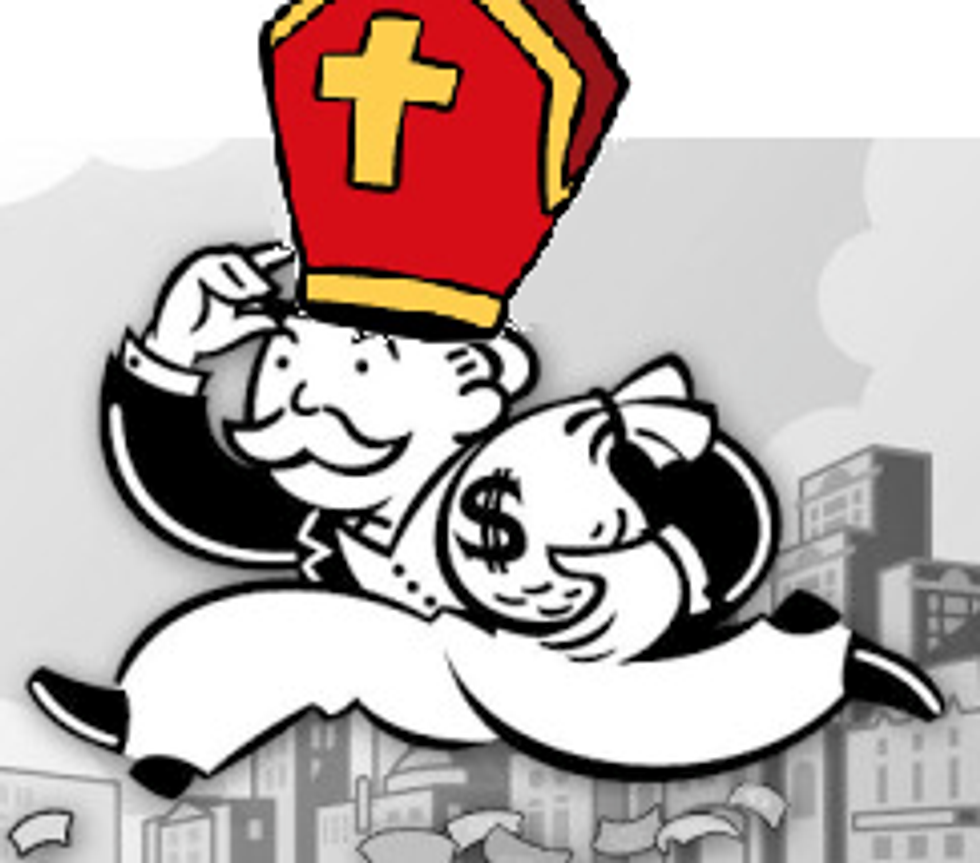 We've been thinking a lot about how to streamline our workload, synergize our growth goals, lifehack a four-hour work week, and generally figure out ways to be even more lazy. One of the proactive methodologies we're considering is creating a one-touch macro so we can efficiently deploy a post every time the Catholic Church does something incredibly awful related to the pedophile priest scandal. We could save literally MINUTES by having pre-written and recycled this post because all we really need to point out is that they are being horrible again. Today's particular flavor of horrible:moving assets around so that they could insulate themselves from legal claims from victims:

Files released by the Roman Catholic Archdiocese of Milwaukee on Monday reveal that in 2007, Cardinal Timothy F. Dolan, then the archbishop there, requested permission from the Vatican to move nearly $57 million into a cemetery trust fund to protect the assets from victims of clergy sexual abuse who were demanding compensation....

[T]he files contain a 2007 letter to the Vatican in which he explains that by transferring the assets, “I foresee an improved protection of these funds from any legal claim and liability.” The Vatican approved the request in five weeks, the files show.

Hiding your money in trust funds does indeed improve your protection of those delicious monies. Doing so to dick over victims is just what Jesus said to do in First Corinthiananans, right?! NOPE NOT RIGHT.

This latest bit of financial shenanigans is just one episode in the long-running series called Milwaukee Archdiocese, Why Do You Suck So Hard? Hence, our desire for a macro because Jeee-zus it gets depressing to write about this again and again. Longtime fans will remember that the Milwaukee Archdiocese filed bankruptcy back in 2011 because it was the best way to compensate victims. No really, they said that. They've also been whining like a baby without a bottle over the fact that they've spent $9 million in legal fees so far during the bankruptcy process and are therefore hobos now. Yr Wonkette is not all that money-savvy, as we have none, but even our rudimentary understanding of how money works leads us to believe that spending $9 million dollars does not make you bankrupt when you've already stashed a cool $57 million elsewhere. Milwaukee Archdiocese, you are like the Mitt Romney of churches and your crocodile tears are wasted on our hardened heart. Pay the victims any amount of monies they want because fuck you.