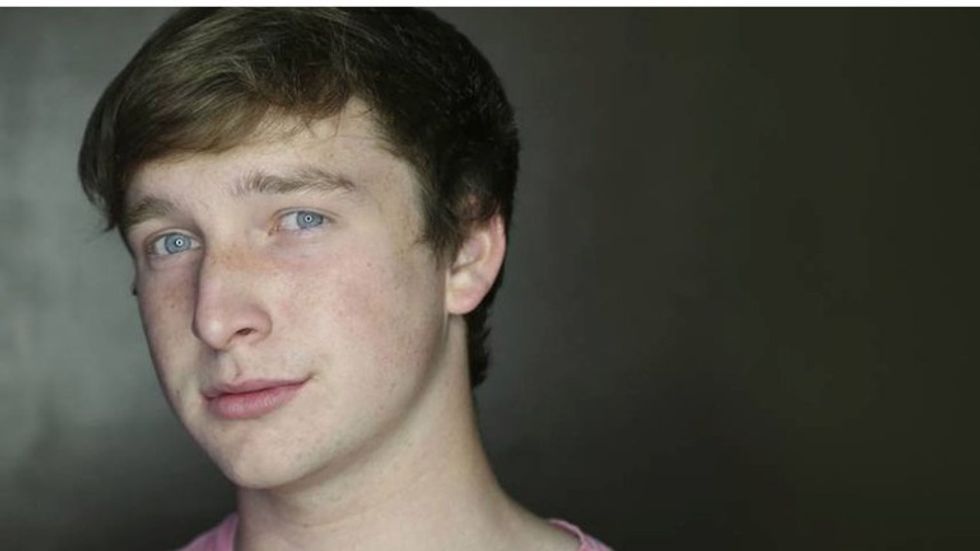 Here's a new one for you! We're used to stories like "Hey, you lesbian, you can go to prom with your lady-lesbian date, but you have to wear a pretty dress like all the other debutantes," and "Hey, you lesbian, how's about we set up a special prom all for you, so you can go by yourself, away from the good straight kids?" And then there are the stories where gay kids get screwed, because their parents sent them to a "Christian" school, and everybody had to sign a form that says, "Only straight teen fucking for me, Jesus, no gays allowed!" But the all-male Christian Brothers High School in Memphis -- which, SCIENCE FACT, was yr Wonkette's rival high school back in the day, so you already know how many bags of dicks we think it sucks -- has come up with a whole new thing, in its desperate attempts to let this one gay kid know how much the school hates him.

Meet Lance Sanderson. He would like to take this boy to the homecoming dance Saturday, and he previously thought the school would be OK with that, but then things took a turn for the "Excuse me?":

Lance Sanderson said he discussed bringing a male date from another school to the dance with an administrator last year and was told he could. But that administrator left over the summer.

"I was sitting down talking to one of the current administrators over the summer, and at the end of our conversation, I mentioned it, expecting him to say the same thing. And he had a very different response," Sanderson said. "He mentioned a [gay] couple in Texas and said I was a lot like this one person and said that the guy's boyfriend murdered him. It was a little rough."

Hey, we just met you, and this is crazy, hope your sodomite boyfriend doesn't murder you like what happened in Texas, NO HOMO!

Anyway, no dance for Lance, because the school suddenly decided the best way to handle this would be to say no boys from other schools are allowed to come, which suggests the school would LOVE IT if Lance was gay-dating a CBHS boy. (The school would not love it. CBHS also says this has been its policy all along, but suddenly it's more important now.) And just to make sure Lance (GAY!), who has been causing so much (GAY!) trouble, doesn't get any (GAY!) ideas, the school been reading this new policy during announcements every single morning, so everybody (LANCE!) gets it through their thick (GAY!) heads:

So wait, WTF OMG LOL WHAT? "Logistical reasons," PFFFFFFT. Like they just don't have time to rustle up appropriate lighting for the specter of Gays From Rival Schools. And not to be stereotypical (to be completely stereotypical), but the only kinds of inter-school "disagreements" gays from other schools would cause would resemble "West Side Story" rumbles, and that would be a jolly boon to CBHS's theater department. Sell tickets!

Of course, this being a boys' school, ALL THE GIRL DATES are from other high schools, so it sounds like while they're singling out Lance, they're not really thinking ahead. What if another gay from CBHS, this year or 10 years from now, starts dating the school's star quarterback? Because then, that would be within the rules! Or will they just hurriedly update their policies again?

Anyway, GRRRRR. Lance has a Change.org petition that you may sign, if you are so inclined, which basically says, "Hey, quote unquote adults at my quote unquote school. You're actually being worse than my meathead homophobic snowflake baby spoiled rotten fuckwit classmates, can I please take my boyfriend to Homecoming if we promise not to start a RUMBLE?"

And if that doesn't work, sigh. Stick it out, kid, you've only got one year before college, which we promise is better.