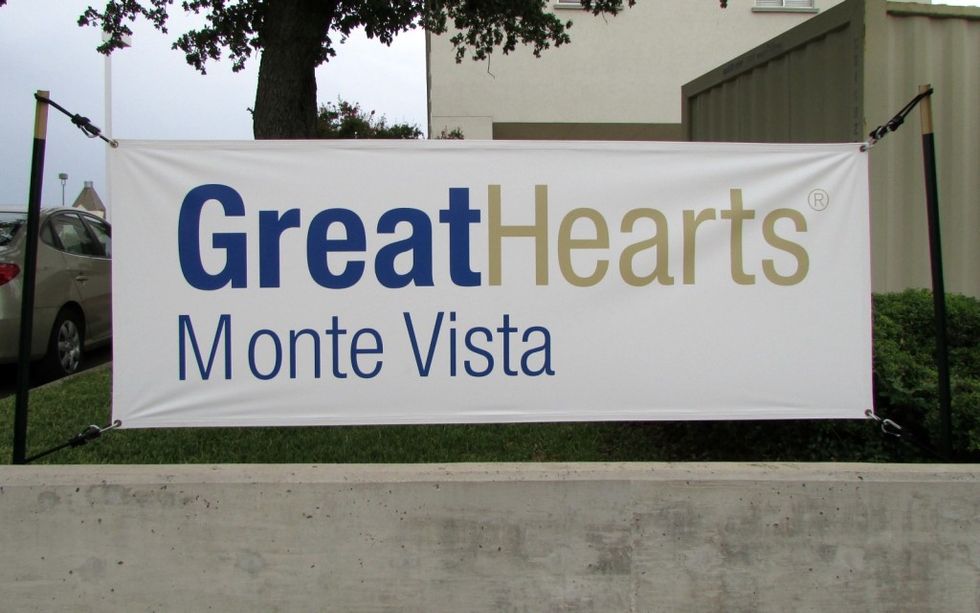 Earlier this week, the parents of an 8th grade student attending a San Antonio, TX charter school took to Facebook to share the latest item to be filed under prevalent, dumbass institutionalized racism. A worksheet, assigned by an unidentified male history teacher currently placed on leave by Great Hearts Academy Monte Vista Charter School, that included the morally unsound activity of listing both the “Pros” and the “Cons” of slavery.

We all know that slavery built the country for free - is that one of the pros? We all know slavery also built the economy as the original foundation - would that be a pro?

Whatever this teacher imagines the "pros" to be, the structure of the activity itself is fucking depraved and an assault on descendants of the murderous system of slavery who one hundred and fifty three years later can find themselves shot up dead by the police in their GrandMama’s backyard, just because.

We know this re-framing slavery crap is 360° racist because A) a discussion of the pros of The Holocaust would never show up in a textbook, B) any school or teacher would have sniffed it out prior to assigning any anti-Semitic filth like that and C) there would be no outpouring of support for a teacher/school who "made a mistake" of that caliber.

There would be no debate if a teacher assigned kids to argue the pro side of rape, murder and dismemberment. Would that be covered during the King Leopold Was Benevolent module? No? So why does slavery merit an argument of semantics? Why are parents carefully creating social media posts that confirm "Slavery, Bad!, but c'mon y'all they didn't really mean it like that!"

The student whose homework had been shared publicly wisely put “N/A” in the “pro” column. That’s some good parenting displayed right there!

And yet, many parents of the students at this corporate “not for profit” charter school took to social media to defend “their school” and insisting that the kids should have a say -- somehow assuming the role of victim because the wanting nature of Great Hearts curriculum had been aired the fuck out. Somehow, these parents managed to be hurt over their community "appearing" to look racist AF, while still defending homework that asks 8th graders to list the “positive” aspects of slavery.

One vapid mom even tried to rationalize the textbbook (see what I did?) racist perspective of the assignment by humble-bragging her way through a post that somehow blames the Socratic Method? Oh, honey...

What the charter school cheerleader parent doesn’t understand is that she’s a fucking enabler. Optics? Sit the fuck down please and go organize your coupons. Clearly, the school should have known better. How motherfucking hard can it be to expect an educational institution to double check the materials utilized to inform young minds?

Of course, this particular charter school belongs to the Great Hearts Charter School conglomerate, also known for having anti-trans policies that require students to use the bathrooms of the gender they were assigned at birth. So maybe this is a lot to expect from them.

True spit, my son went to a Great Hearts charter school in Phoenix, Arizona for a spell. Had we not relocated to San Diego mid-year, I still would have snatched him out of that well-appointed plantation reminiscent circus eventually. The facilities were all brand new shiny, the student body and faculty diverse, but it still felt and acted like a place ready to treat brown kids as future criminals in need of being taught how to heel. Fam, we don't have any Tobys in our house, only Kunta Kintes. No surprise that my son’s almost mater was recently in the news for some Massa Charlie level lunacy. Shocker!

The White is Right Southwest has produced many an educational system gaffe -- including several instances of using textbooks as tools for racist and bigoted bullshit. Younger kids have been treated to graphics where slaves were called "workers" in another Texas school (what, that's called a promotion!) and right-wing publishing company CEO Cynthia Dunbar still proudly stands behind her justifiably rejected text that wanted to teach kids about how Mexican-Americans "were not reared to put in a full day's work." Say what, now? That bitch needs to go pick some grapes or her own salad instead of eating it out of a bag? Nope, instead she's running for Congress in VA!

Friends, it's all connected. There should be no argument about any of it, nor should anyone have an intolerable "yes, but" comment. The arguments trying to paint racism for anything other than what it is only diagnose the level of racism metastasized in that particular person or community. So the insufferable protestations are handy in that way - I guess!

Even when brown kids manage to survive the educational system unscathed with a successful higher learning career ahead of them, some old racist manages to come out of the woodwork.

Look at that, this one used to be on the Texas Board of Education.

But there is plenty of racism to go around without continuing to teach it in school, amirite? Plenty of generational cohorts in the South manage to maintain a deranged romanticism of the Confederacy and by relation slavery, partly because of the skewed bullshit learned in school, but also because of what they were taught by their parents and community. It's almost as if there's a whole system meant to prop up a certain point of view.