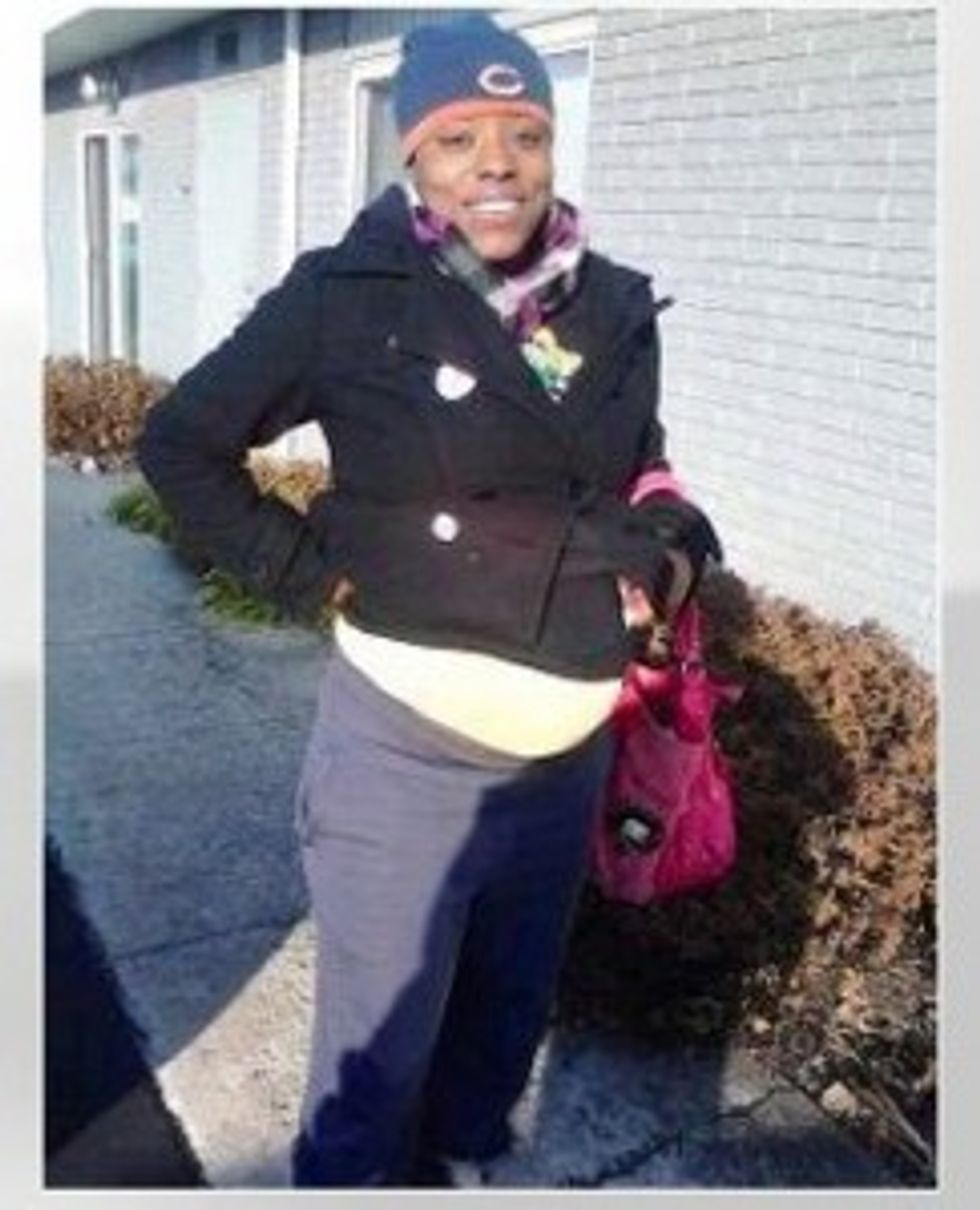 Hey, kids, let's take a break from all the worry aboutvoter suppression and screwy voting machines and give a big round of applause to Galicia Malone, 21, who, despite having labor contractions 5 minutes apart, stopped by her local polling place in the Chicago suburb of Dolton to cast her first-ever vote in a presidential election, before continuing on to the hospital. Congrats to Mom and baby!

when her labor began at 3 a.m., she held off going to the hospital until she was able to go to her polling place and vote.

“I never voted before so this made a major difference in my life,” she said. “And I wanted this to be a stepping-stone for my daughter.”...

Once she finished voting, she left her polling place and drove herself to the hospital, awaiting the birth of her daughter. She calls it a milestone day – her first vote and her first child.

“If only all voters showed such determination to vote. My hat goes off to Galicia for not letting anything get in the way of voting. What a terrific example she is showing for the next generation, especially her new son or daughter.”

No doubt some worrywart will come along and condemn this statement for encouraging risky behavior, but we figure as long as you don't do something really crazy, like flying from Dallas to Anchorage after your water breaks, you're probably OK.