Chicago To Trump: Go F*ck Yourself 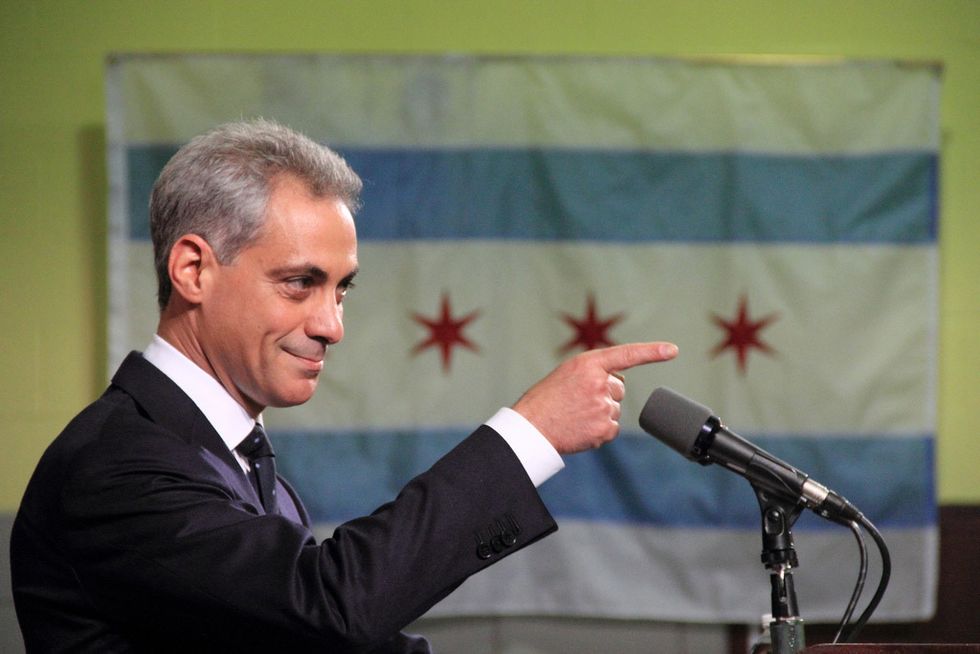 Donald Trump looks at Chicago and sees one thing: a war-torn post-apocalyptic hellscape. On the campaign trail he barked about the dismal homicide rate and claimed that he alone could stop Chicago's crime within three weeks. Just last month he tweeted that Chicago should ask for federal aid to fix its beleaguered police, a gesture that was met with pursed lips and blank stares. Then he had to send his latest 140 character tantrum into the ether, threatening to impose martial law.

By coincidence, the Chicago City Council was meeting the very next morning to do boring, procedural stuff that makes most high school civics classes wail in agony as they experience the raw excitement of local government. Nestled deep in the legislative agenda for the day was Resolution SRS2016-978, formally known as "Affirmation of City of Chicago's support to honor and protect rights of all residents regardless of race, ethnicity, country of origin, religion, age, immigration status, criminal record, sexual orientation and gender identity." Informally, the resolution can be referred as, "Dear sir, go fuck yourself. Yours truly, Chicago."

Here's just a quick snippet one alderman who embodies the trifecta of Republican hatred (gay, liberal, and Latino):

Ald. Carlos Ramirez-Rosa: You see, when President Trump tweeted the other night that he wanted to bring the feds in to address violence in Chicago, we all knew what he meant. He didn't mean a flood of resources into our community to address violence. He didn't mean the resources of the federal government coming in to create jobs on the South and the West Side of Chicago -- to create jobs for people of color, to take the guns out of people's hands and put them to work. No, we know what he meant. He meant locking up more black and brown folks, just like Republicans, just like right-wingers have always done... We need to stand up against Trump. We need to stand up against hate. We don't need more jails, we need more schools. We don't need more jails, we need more jobs.

You can view the full video here, starting at about an hour nineteen, because a number of aldermen gave really good speeches in support of the resolution. It's one of those rare, shiny moments of cooperation in government.

James O'Keefe Gets Democratic Operatives Fired. Countdown To When He Pays Them $100,000 Starts Now

James O'Keefe has released more dumb video that proves -- to people who believe it already -- the election is rigged.

Now, it might come as a shock, but Chicago is not very fond of Donald Trump. He's been run out of the city twice in the past year. When he tried to hold a rally last March,more than 40,000 people from every politically active group in the city filed out of their warehouses and school houses and shut down his campaign rally. In November, he had to cancel a hastily planned weekend retreat during his victory lap "Thank You" tour less than 24 hours after announcing it because protesters immediately took to the streets.

Chicago isn't perfect. We have a dickhead for mayor, horribly crooked cops, an insane murder rate, and over 100 years of institutionalized racism that is literally embedded in the city's infrastructure, but threatening the city with armed soldiers is a historically bad idea. Just the fact that a city built by immigrants and full of refugees, transplants, hipsters, and olds could unite to tell the highest elected official in the country to take a flying fuck at a rolling doughnut is proof that something good is happening.