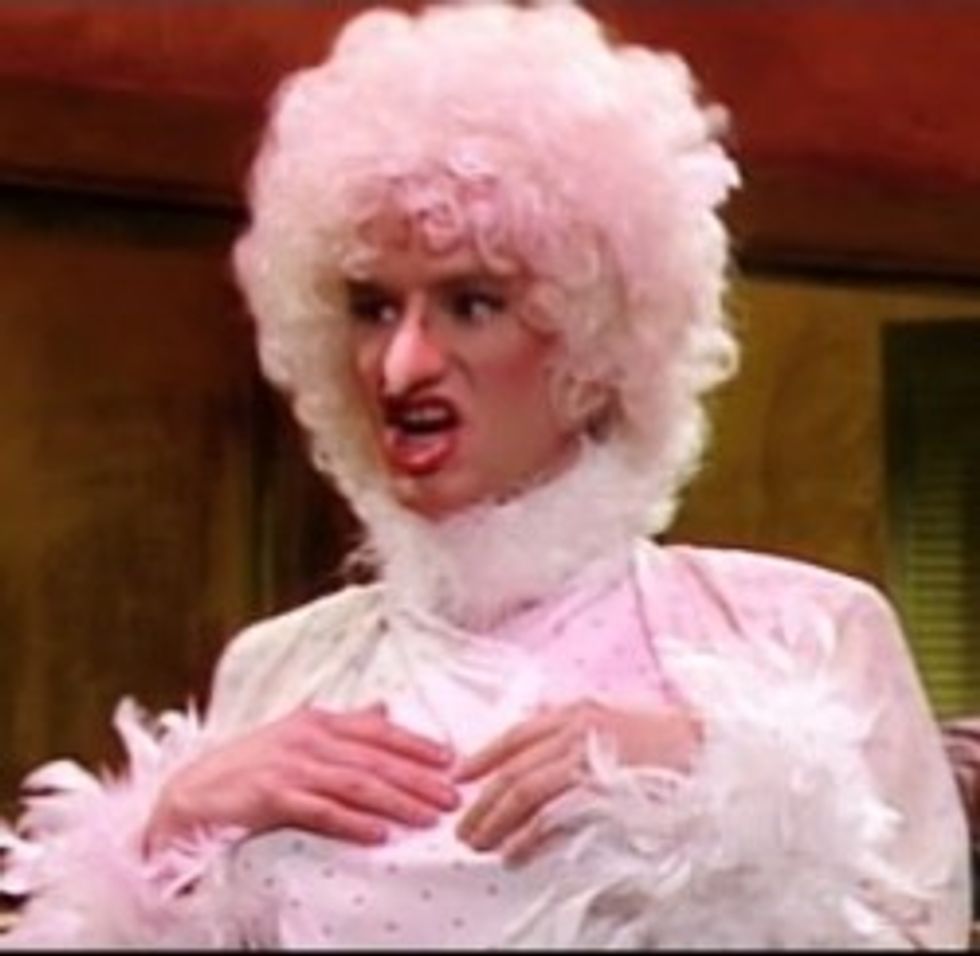 Your Wonkette recommends reading this post while enjoying a special musical accompaniment.

In yet another example of a brave homeowner making responsible use of a firearm, a Staten Island woman recently protected her life, home, and chickens from an 11-year-old neighbor thug who threw a piece of chalk in a threatening manner near her chicken coop, according to serious journalism outlet the New York Post.

The trouble had started the day before, when the girl, Alexis Ranieri, threw a piece of chalk into the yard of Elizabeth Gelman, 49. The young miscreant admitted throwing the missile, adding “I don’t know why.” Gelman later confronted the girl's mother, Sharon Raneiri, telling her “Your daughter threw chalk at my chicken.”

Later that day, a bike belonging to Ranieri’s youngest daughter, Felicia, was damaged. The next morning, Rainieri found that her car had been keyed and spray-painted.

She filed a police report saying Gelman was the culprit because a neighbor told her she caught her in the act.

At around 10:00 that night, Gelman, who had clearly been pushed to her limits, refused to be a victim of chalk-wielding little girls any more. She fired one shot from her window at the mother and daughter chicken-tormentors as they sat on their back deck.

“I felt something go right by my head, something hit my forearm,” said the girl, who was struck by wood or siding that came loose from the bullets. “She shot at me, but she just had bad aim.”

Gelman was charged with illegal possession of a .38-caliber revolver and ammunition and released without bail following the incident. Pending ballistics tests, no further charges have yet been filed.

Real Americans know that they must be vigilant at all times, ready for whatever threat may arise, be it a prepubescent chicken-chalker or terrifying Canadian strangers trying to make us go to "the Stampede." Your Wonkette salutes this latest 2nd Amendment Hero, a woman who refused to let the sanctity of her property or her poultry be violated. She had her finger on the trigger, and she knew she had to pullet.