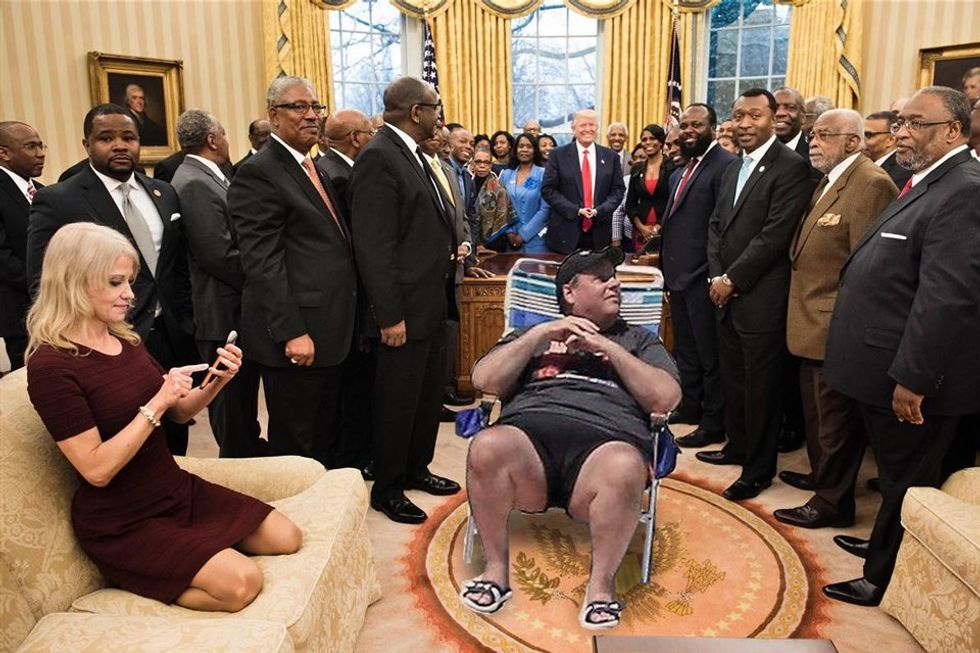 Two weeks ago, New Jersey Governor Chris Christie said of his 15 percent approval rating, "I don't care." Like this pretty much:

You are welcome, fellow forty-year-old people! Unfortunately, we now return to Chris Christie.

Christie and his foil Assembly Speaker Vincent Prieto were unable to come to a budget agreement Friday night -- Christie wants to raid the reserve funds of Horizon Blue Cross Blue Shield for a public health fund, and Prieto is all like THOU SHALT NOT PASS -- and the state's DMVs, courts, and offices are closed. Slightly more important to the average Jerseyan though: All state parks and beaches are closed too, right in time for the Fourth of July long holiday weekend. Boy Scouts were thrown out of their camp. State parks campers with a weekend reservation were evicted from their tent sites and RV spots Saturday morning. "That's just the way it goes," said Christie.

You are welcome, other olds! Unfortunately, we now return to Chris Christie AGAIN. Some things will never change.

As you may have heard by now, Christie, after evicting Boy Scouts and famblies from their state parks, got one state beach all to himself and his family. The good fellows of NJ.com, on a hunch, sent a plane over the beach to see if the Christie Clan was availing itself of some good times and sunshine, and came away not disappointed! Instead of looking like this

Hmmm, where is he? Oh, there he is!!! Easiest Waldo EVER.

Asked whether he'd "gotten any sun," Christie at first denied it. Then, realizing there were pix, his spokesman reverted to the time-honored, "he did not get any sun because he was wearing a baseball cap." That's up there with "no man born of woman" for loopholes, which is a sucky loophole because "born of woman" never said anything about "born of woman's VAGINA," and women's stomachs are still part of women, GAH STUPID SHAKESPEARE, GET BENT.

Perhaps realizing that was fucking dumb, Christie then decided to own it and go full Chris Christie. Want to be able to go to a state beach for the Fourth of July? "Run for governor and you can have a residence," said some dick who is governor of New Jersey for not very much longer.

Christie for President? It can't be long now.

Happy Fourth of July everyone! Sorry, New Jersey. Now please give us money.