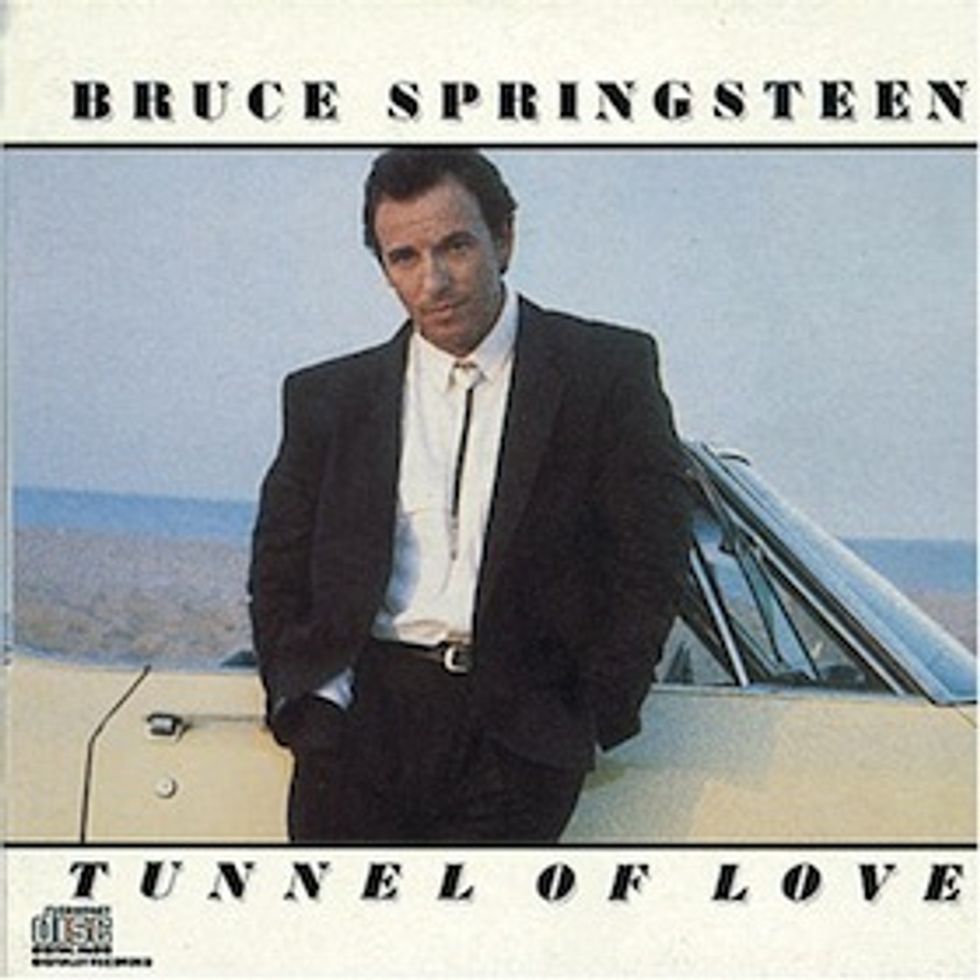 Chris Christie, he of the New Jersey governorship, the tough-talkin',Romney-snubbin', bum-fightin' sonofagun who won't apologize for a damn thing, thank you, has been ensaddened. He loves Bruce Springsteen, you see. He lurves him. He luffs him.

But Springsteen doth not return the affection, for Springsteen is a Liberal, and Christie is not. It's the early draft of a Chris Marlowe play, it really is. And now, after a simmering feud, a hurricane, and one beautiful, conciliatory phone call, it enters its fifth act.

We brought you some details of Christie's unrequited affections (and 129 concert trips) back in June, when The Atlantic explained it to us:

Despite heroic efforts by Christie, Springsteen, who is still a New Jersey resident, will not talk to him. They’ve met twice—once on an airplane in 1999, and then at the 2010 ceremony inducting Danny DeVito into the New Jersey Hall of Fame, where they exchanged only formal pleasantries. (Christie does say that Springsteen was very kind to his children.) At concerts, even concerts in club-size venues—the Stone Pony, in Asbury Park, most recently—Springsteen won’t acknowledge the governor.

But things were warming. Slowly, reluctantly, like the first hints of spring after a long, political winter. Until Hurricane Sandy arrived, and New Jersey needed both the Boss and the Sloth, to pull itself up from the waves. And the wavering chill burst forth into glorious bloom.

“We hugged,” Christie said. “He told me it’s official: We’re friends. I told the president today, actually, that the hug was great and when we got home, there was a lot of weeping because of the hug. And the president asked why. I said, ‘Well, to be honest, I was the one doing the weeping.’”

What a story. What a beautiful whirlwind, which will be ruined when Christie tries to use "Born to Run" for his presidential run in 2016, and Springsteen says he can only use "The Angel," then endorses Gov. Martin O'Malley.

At least we can enjoy it until then. [Boston Globe]