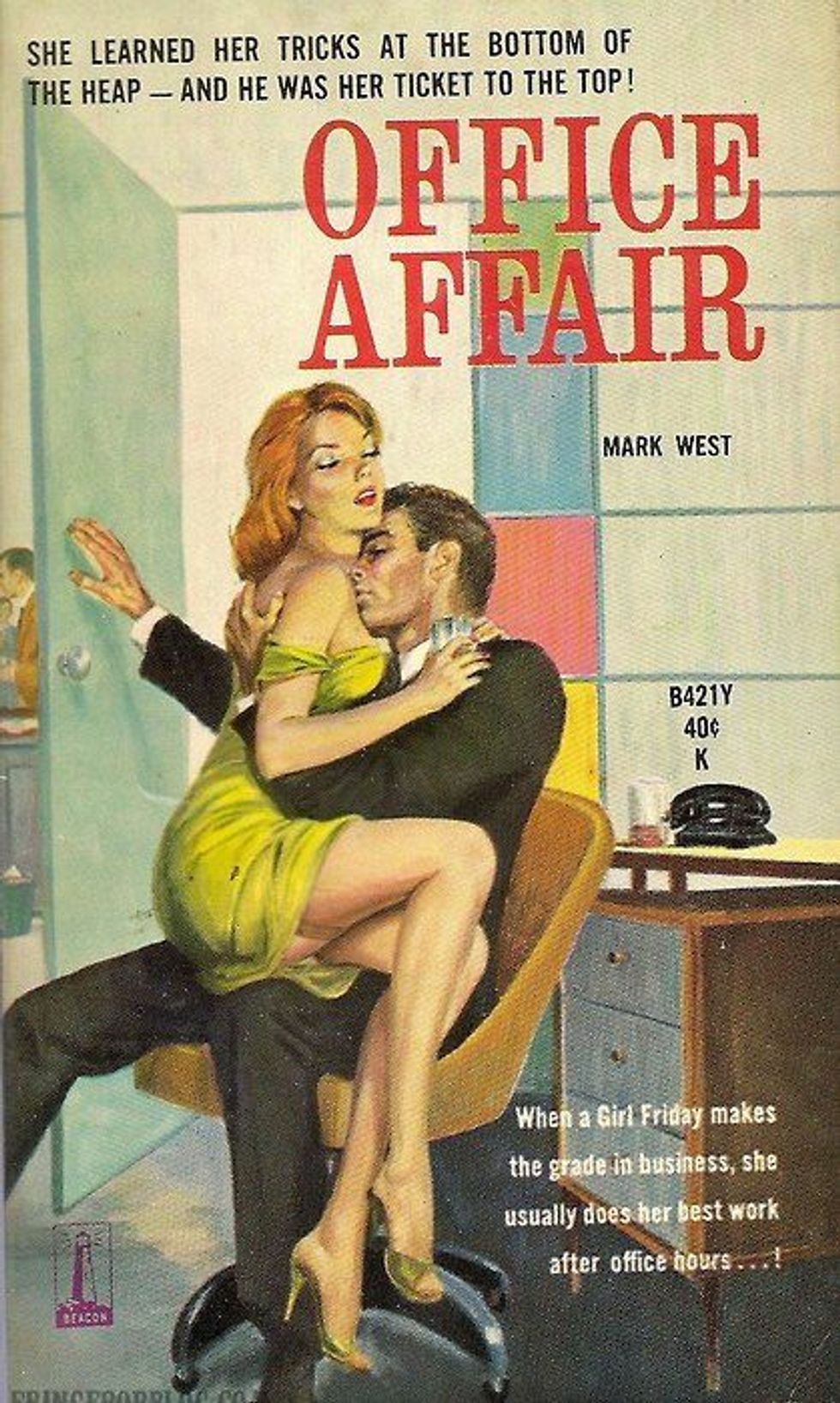 Michigan state Rep. Cindy Gamrat, who did adulterous sex things with certifiable loon and fellow state House member Todd Courser, made her first public statement on the scandal Friday, apologizing for her conduct but insisting that she didn't break any laws or House rules. Unlike her paranoid paramour Courser, she didn't say anything about a vast conspiracy trying to destroy her, nor did she comment on Courser's claim that mysterious blackmailers forced Courser to concoct a bizarre scheme to smear himself as a way of covering up the affair. It would appear that, however much they may have enjoyed pushing a rightwing Christianist political agenda and fucking each other's brains out, the wackaloon amateur ratfucking was more Todd's hobby than hers.

“I am sincerely sorry that I disappointed so many by my actions,” she said with her husband Joe at her side and her family nearby.

The Plainwell Republican teared up and cried at several points during the press conference at the East Lansing office of her attorneys.

“I know that I’ve made some poor decisions as they relate to my personal life that do no line up with who I am or what I believe,” said Gamrat, an advocate of heterosexual marriage and an opponent of gay marriage.

Courser and Gamrat shared an office and legislative aides, presumably because of their very close working relationship on issues of Liberty and Family Values 'n' stuff, although the Detroit News points out that "their districts are separated by 130 miles and are on different sides of the state." She never mentioned Courser by name, instead referring only to "another representative." Oh, that's gotta hurt. You have to figure Courser is going to get revenge by sending out an email accusing himself of fucking sheep, possibly from an email account named "anonymous_C_G@hotmail.com." That'll show her.

Gamrat also said that while she is considering resigning, she has not made a final decision; she is cooperating with an investigation by the House Business Office and will be interviewed by them next week. She said that she hadn't broken any state laws, and did not participate in Courser's brilliant fake-email plot, in which he sought to "inoculate the herd" against rumors of their affair by accusing himself of having wild sex with a male hooker.

Also, even though she had given a raise to Keith Allard, one of the three aides who worked for her and Courser, who had objected to the affair, Gamrat claimed that she'd fired him because of "poor performance" and constituent complaints -- everybody knows how constituents complain about aides who know you're having an affair. She also denied that she'd told another aide, Ben Graham, to keep mum about the affair, even though recordings made by Graham include Gamrat saying “I would ask you to just keep this private. This is not just about protecting me, it’s also about protecting Joe and the kids.” We must note that it's entirely possible that Rep. Gamrat really believes that wasn't a request to cover things up: given her history as a Tea Party favorite she may not use the English language the way most people do.

Gamrat's attorney, Andrew Abood, is confident that the House investigation would clear Gamrat: “There’s no question that she recognizes that mistakes were made,” Abood said in a radio interview Friday.

“She believes that once the investigation is done that it’s going to probably not be as big of an issue as what everybody’s making it out to be.

“I think that ... it will give rise to no criminal charges and that there will be a finding that there was no use state resources for her personal interests or affairs.”

Even so, Abood acknowledged that Gamrat is weighing the possibility of resigning: “I think she’s listening to all of the voices,” Abood said. We're going to hope he immediately clarified that the only voices she was listening to were constituents' voicemails and emails, as opposed to whatever dialogues Rep. Courser has going on inside his head.

Rep. Courser was unavailable for comment on Rep. Gamrat's news conference; it is believed that he is currently far too busy investigating the infiltration of his computer's disk drives by tiny demons from a parallel dimension to speak to the press.

Yr Wonkette will bring you updates as they become available, and as a courtesy to Rep. Gamrat would like to remind her to never, ever leave her family's pet rabbit outside unsupervised.