CIA Chief: Torture Is Bad, We Shouldn't Do It, Now Please Shut Up About It 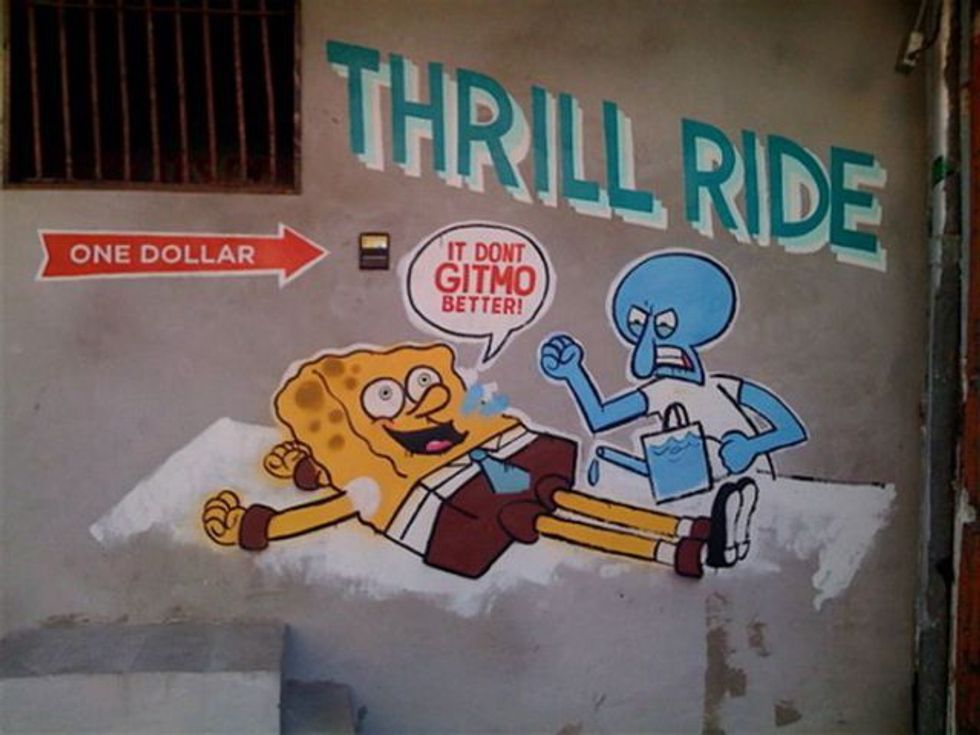 CIA Director John Brennan held a press conference today to respond to the Senate Intelligence Committee's report on torture during the Bush administration, and he gave a very clear message: The CIA is good, torture is bad, it's hard to say whether torture led to useful intelligence, but it definitely helped find Osama bin Ladin, and it was a long time ago so can we please just look to the future please?

Brennan reminded everyone that 9/11 -- that terrorist attack the CIA utterly failed to prevent -- was bad and scary, and so it was important for the CIA to protect us all by never letting a similar attack happen again:

There were no easy answers, and whatever your views are on EIT [enhanced interrogation techniques], our nation and in particular this agency did a lot of things right during this difficult time to keep this country strong and secured

Brennan admitted that some CIA operatives in the program maybe got a little carried away with their America-defending and did some stuff that was "abhorrent and rightly should be repudiated by all," but you shouldn't let the actions of a few overzealous folks tarnish the reputation of everyone carrying out Operation Bad Apple. After all, most of the torturers

did what they were asked to do in the service of our nation...CIA officers actions that did comport with law and policy should not be conflated with the few that did not.

He also reminded us that the Bush administration ran the torture program past the boys in legal, and they signed off on it, so just you stop sending all those travel brochures touting the quality of lodging options available while visiting The Hague, will you?

In a weird pivot, Brennan noted that when Barack Obama took office and banned the whole torture thing, "he took the position that these techniques were contrary to our values," a position Brennan didn't dispute. He also acknowledged that Obama

expressed the view that these techniques did significant damage to America’s standing in the world and made it harder to pursue our interests with allies and partners, something I have experienced firsthand.

So, contrary to our values and bad for diplomacy, but also legal and necessary. Got it.

As to the efficacy of the torture program, Brennan pretty much Rumsfelded that one, saying that while the detention and interrogation as a whole "produced useful intelligence that helped the United States thwart attack plans, capture terrorists and save lives," he couldn't really be sure that the "enhanced interrogation" part of the program was actually effective. Maybe it was, maybe it wasn't, who knows?

Known unknowns, we hardly knew ye. Or unknew ye. In any case, now that he's had some time to look back on things, Brennan believes that "effective, non-coercive methods are available" for interrogation -- which he could have learned from military intelligence experts years ago.

Also amusing: while Brennan talked, Senate Intelligence Committee chairwoman Dianne Feinstein kept up a running rebuttal on Twitter, proving that the microblogging service provides a valuable tool for those who want to stand athwart nonsense, shouting "Nuh-UH!" A few highlights:

Thankfully, we all now agree that torture is bad. Except when it isn't. Or when it isn't really torture. Or when it used for a really good reason, to get information that will save American lives, unless our enemies find out we tortured, which could make them more likely to torture Americans, which would definitely be an atrocity. Like Obamacare, which this is all just a distraction from.