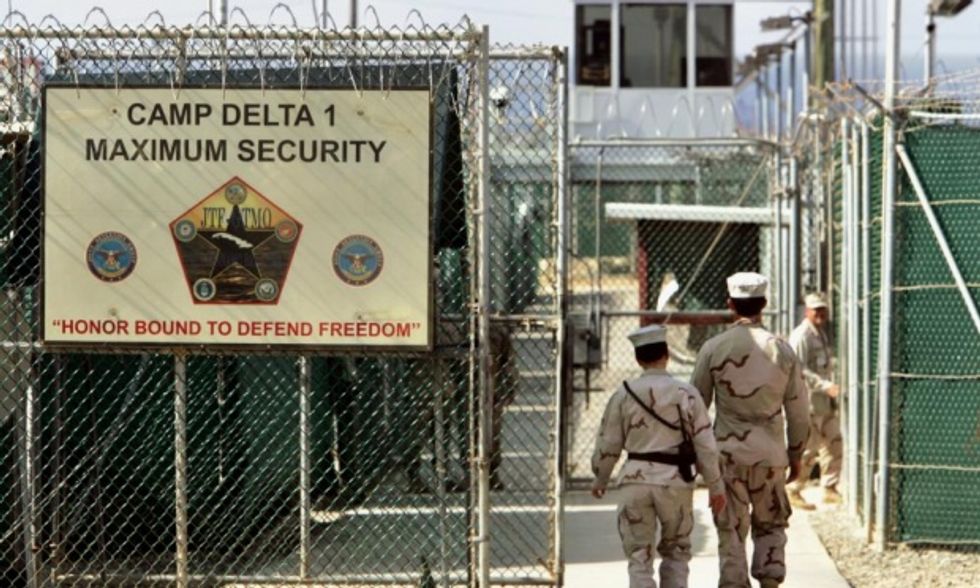 From the shores of the Pacific to the Singing Statesmen of DC, the "War On Terror" really brought out the best in us, didn’t it? Now we can add the American Psychological Association (APA) to the list of willingly terrible participants. According to the New York Times, the world’s largest association of psychologists worked hand-in-puffy-soft-hand with the CIA and Bush Administration to formulate an ethical and legal basis for all the fun torturing.

After the 2004 publication of the Abu Ghraib torture porn photos, the purveyors of pain needed some mental health experts and a respectable acronym in their pocket in order to help bolster the case that the gleeful infliction of pain upon detainees was not only not that big of a deal BUT ALSO hugely important for national security. We had a thirst for torture that needed to be quenched with the blood and tears of sometimes terrorists (and sometimes just random Muslim dudes). This important and not-immoral-at all work needed to continue. Only then could CIA torture ensure a steady supply of inspired “enemy combatants” who they could then detain and torture, in case someone died in custody, or *gasp* was charged with an actual crime. And so on and so forth. In short, the APA's involvement enabled the Justice Department to say that torture really isn't torture since there's a mental health professional observing the interrogations.  “How does the simulated drowning, freezing cell temperature, and sleep deprivation make you feel?”

While the article focused on the APA's involvement following the Abu Ghraib PR shitstorm, it looks like they were involved well before the CIA temporarily halted the program in 2004. In 2002, the APA weakened its "human subject research protections" to help give cover to the patriotic mental health professionals overseeing all the "special things" it was doing:

In the email, written years before the involvement of the two contractors in the interrogation program was made public, the C.I.A. psychologist explains to the association official that the contractors “are doing special things to special people in special places.”

Show me on the doll the dozen torture techniques the CIA's contractors taught you to use on the prisoners.

The article does not really explain the APA’s motivations for collaborating with the war criminals in charge, or why it enabled torture activities that did absolutely nothing to keep the good old US and A safe. It does note that the American Psychiatric Association (the other APA) was like, “Um no thanks. You guys are acting insane. Maybe seek professional help. We'll prescribe you something.” In the end, while the APA's involvement looks integral to the government's rationalization of its torture practices, it didn't take long for other psychologists to call out the charade:

The critics frequently criticized the 2005 findings of an association committee, the Presidential Task Force on Psychological Ethics and National Security, or PENS, which concluded that it was appropriate for psychologists to remain involved with interrogations, to make sure they remained safe, legal, ethical and effective. The PENS report eventually drew so much criticism from within the psychological profession that the association was forced to retract its permissive guidelines.

Possibly in dreadful anticipation of what their internal investigation would uncover, APA President Dr. Nadine Kaslow published an article last December that vehemently condemned the organization's complicity in one of many tragic turns our government took during the Bush years:

Torture is wrong. There are no exceptions — not even that supposed ticking time bomb that some have claimed the United States faced right after 9/11. The APA Ethics Committee has stated, “Torture in any form, at any time, in any place, and for any reason is unethical for psychologists and wholly inconsistent with membership in the American Psychological Association.”

Good for the APA for taking responsibility for its inexplicable collaboration with an administration who would never admit to a mistake, even if one of them, say, "accidentally" shot someone in the face. But there's blood on the APA's hands so it's highly appropriate for them to be experiencing immense, collective, after-the-fact shame.