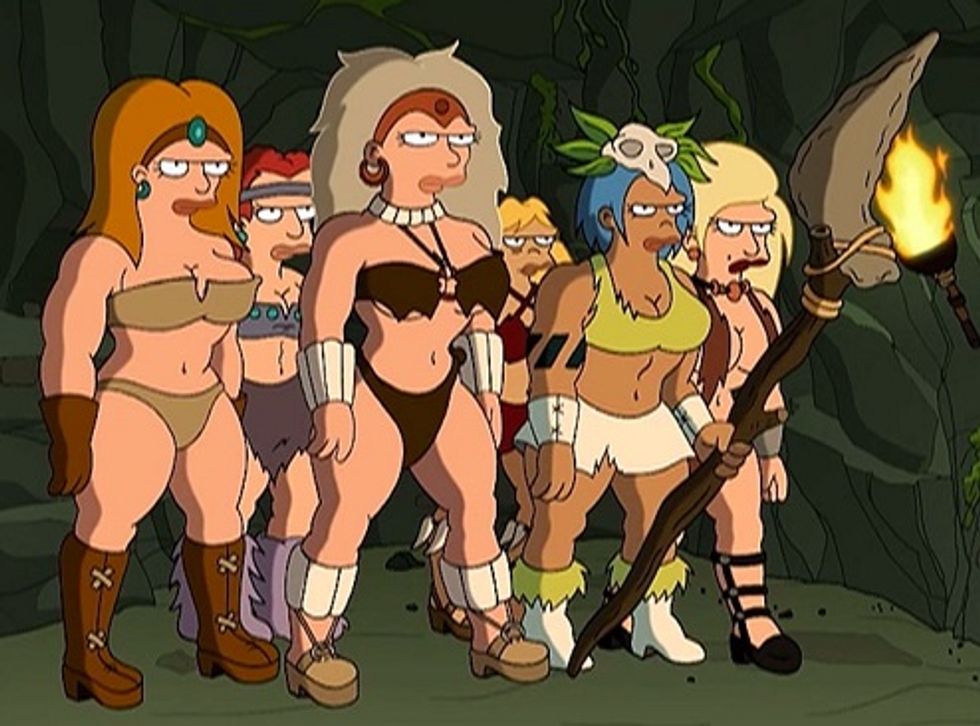 Chicks, amirite? With their pantyhose and periods and whatever else chicks are about, who knows, shoes and vacuums? It's fine and good when they stick to doing their thing, like shopping and sammich-fixin', but when they try to do a man's job -- like being on the city council of Austin, Texas -- it can really throw everything out of order, and then no one knows how to handle themselves. So that's when you gotta call in the professionals:

When women took over the majority of council seats in Austin, Texas the city manager’s office brought in speakers to advise municipal employees on how to deal with women.

Now that broads are in charge of the whole damn place (Goddess bless the matriarchy), Austin's city employees are real dazed and confused probably about how that works. Like, men in charge of stuff is no problem, it's the default, you just say "Yes sir" and maybe give the boss a handy under the desk if he wants one. But women? A majority of them? Running the entire city council? It's anyone's guess, really. That's why the city held a training session in March, titled "The Changing Dynamics in Goverance [sic]; Women Leading in Government," to help Austin's beleaguered employees "understand the nuances in dealing with women in government."

First up, Jonathan K. Allen, who used to be the city manager of Lauderdale Lakes, Florida, before he got fired from doing that, don't know why, reverse sexism probably. What makes him an expert? He worked with a whole bunch of women, so he knows how to deal with their chocolate cravings and moon-based mood swings.

He explained that over the last 20 years, the number of women in local government has increased the “diversity” of local government, and that a lot of the women elected are “activists” who don’t have previous experience in government. [...]

“So you see women in positions that you as a city manager, and you as a city administrator, will have to interact with them in a different way than you would have normally interacted with non-diverse leader in that position,” Allen said.

Ever since women got all uppity and started running for city councils all over the place, even without the requisite prior experience in government like assistant manager (or is it assistant to the manager?) of the parks and rec department of Podunksville, Florida, FOR EXAMPLE), regular people like Allen have had to learn how to deal with their abnormal "diversity." And with Hillary Clinton running for president, we're "going to see even greater numbers in leadership positions." How one woman running for office magically translates into more women holding leadership positions, we don't know, but we are all for it. SUCK IT, MEN.

The second "expert" to explain How Do Women Work Anyway, Huh? was Miya Burt-Stewart, "Ph.D.," founder of a PR firm in Florida because they do not have any self-described experts in Texas, apparently. Dr. Burt-Stewart is a faculty member of the prestigious "world class" online Anaheim University, with an MBA -- in business! -- and also, she went to summer school to study some law stuff and is learning to speak Spanish.

We are not making any of that up.

Hope that clears everything up for you workers of Austin, and now you know how to deal with the complexities of working with men and "diverse" people so there won't be any confusion about -- oh wait. Austin City Manager Marc Ott is now sorry for not "vetting" these experts more better, typical man, so never mind, Austin, just carry on with your jobs, even though some more women are around these days, like it's no big thing. Just act like women are people too, and you'll be fine.