Clarence Thomas' Wife Too Insane For Teabagger Group, Steps Down 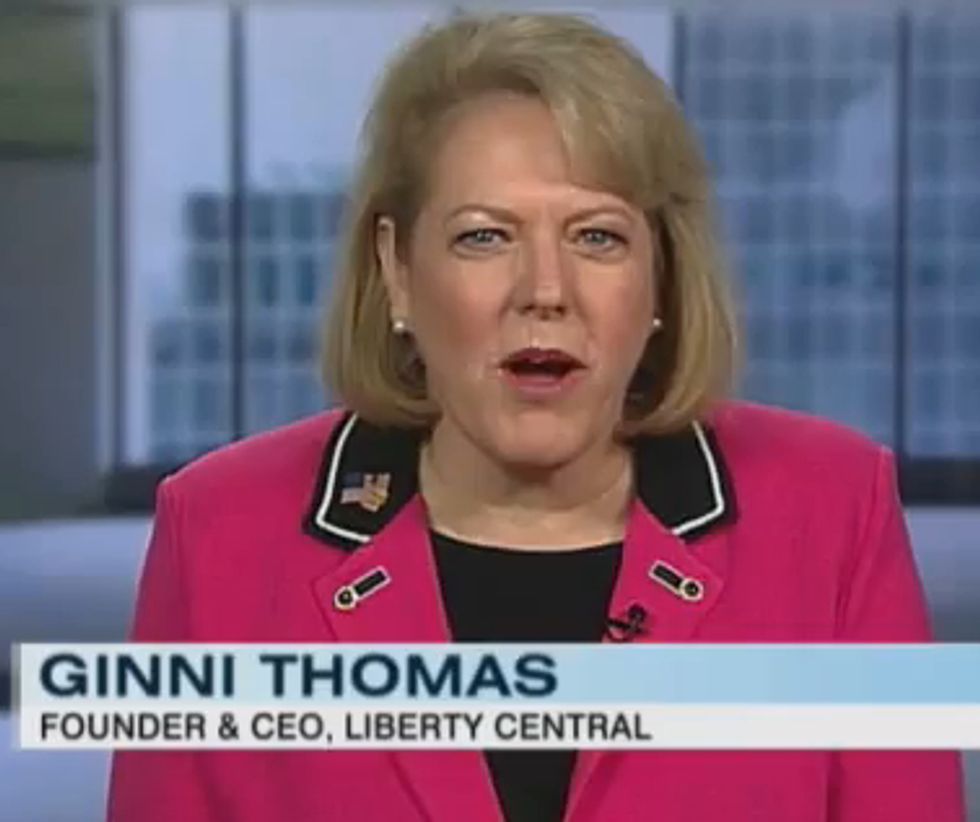 Why do people suddenly step down from their positions well after their controversy news cycle is over? Perhaps we will never know, but here's another example of this phenomenon: Virginia Thomas, wife of Supreme Court Justice Clarence Thomas, hasgiven up control of her Teabagger group, Liberty Central (who apparently, based on that name, want liberty to be centralized, not dispersed among the people). Virginia Thomas is stepping down to get away from the "distractions" of now being a public figure who likes to call around to people her husband has sexually harassed, asking for apologies. But she is still going to be part of the group, in the "back seat." So if you were worried that she might actually exit her conflict-of-interest position -- that of a Supreme Court justice's wife raising anonymous contributions for a group with stark positions on constitutional issues -- you can rest easy. She'll still be part of that group.

"She'll take a back seat so that Liberty Central can continue with its mission without any of the distractions," Carroll said. "After discussing it with the board, Mrs. Thomas determined that it was best for the organization."

This article doesn't mention how Thomas will fill the new spare time in her schedule, but she will probably spend it with her family -- if by "spend," you mean "leave offensive voicemails," and if by "family," you mean Anita Hill's office phone. [WP]