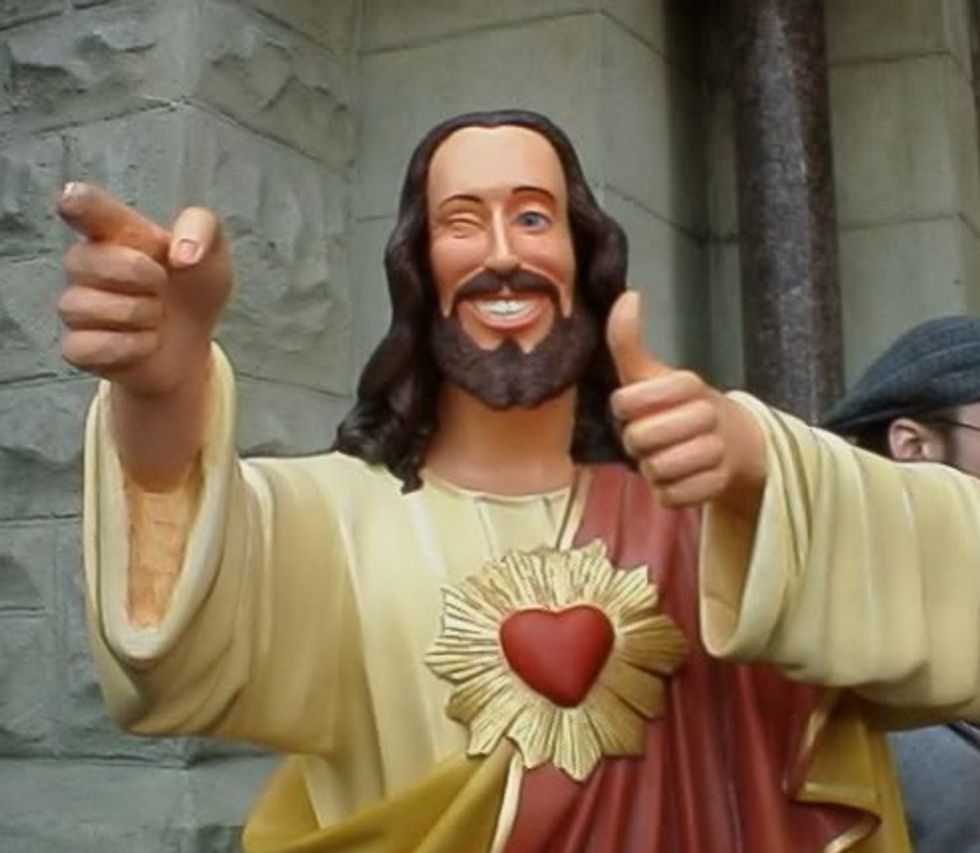 George Carlin, like Kurt Vonnegut and Isaac Asimov, isup in heaven now. And he is almost certainly looking down at New York City and preparing twenty minutes of standup for all his fellow atheist angels on this story: after three years of negotiations to name a street after him, "George Carlin Way" is finally a reality. And in a bureaucratic screwup, the section of West 121st Street that was renamed ended up being two blocks, not the single block that had been agreed upon, and so one of the addresses on that two-block stretch is the very Catholic church whose priests opposed honoring Carlin and had negotiated hard to not be on George Carlin Way.

Ah, but is the error ironic? Let's just see what the Class Clown himself said about irony in Brain Droppings:

Irony deals with opposites; it has nothing to do with coincidence. If two baseball players from the same hometown, on different teams, receive the same uniform number, it is not ironic. It is a coincidence [...]

Hmmm... George Carlin was a guy who joked about Catholicism all his life, and who credited the progressive Catholic education he received from Jesuits with teaching him critical thinking so well that he decided that Catholicism was bullshit. He also had no patience for mere coincidences being labeled miracles (or ironies, for that matter).

So: is an error that results in the inclusion of Corpus Christi Church (and, incidentally, Carlin's actual boyhood home, which is what made the negotiations so difficult -- the house is near the church) actually ironic? We're inclined to think it approaches irony, but it would be a lot better if Carlin were accidentally canonized.

Unfortunately, it's all temporary anyway: In the fall, when the City Council next takes up its routine slate of street-naming measures, the error will be fixed, and the priests won't have to worry about people coming up to them and doing Carlin's old "Hey, Fadda? Would that then be a sin then, Fadda?" routines. Or at least not as often. But between now and then, maybe somebody can arrange an outdoor screening of Kevin Smith's Dogma, projected onto the church wall?