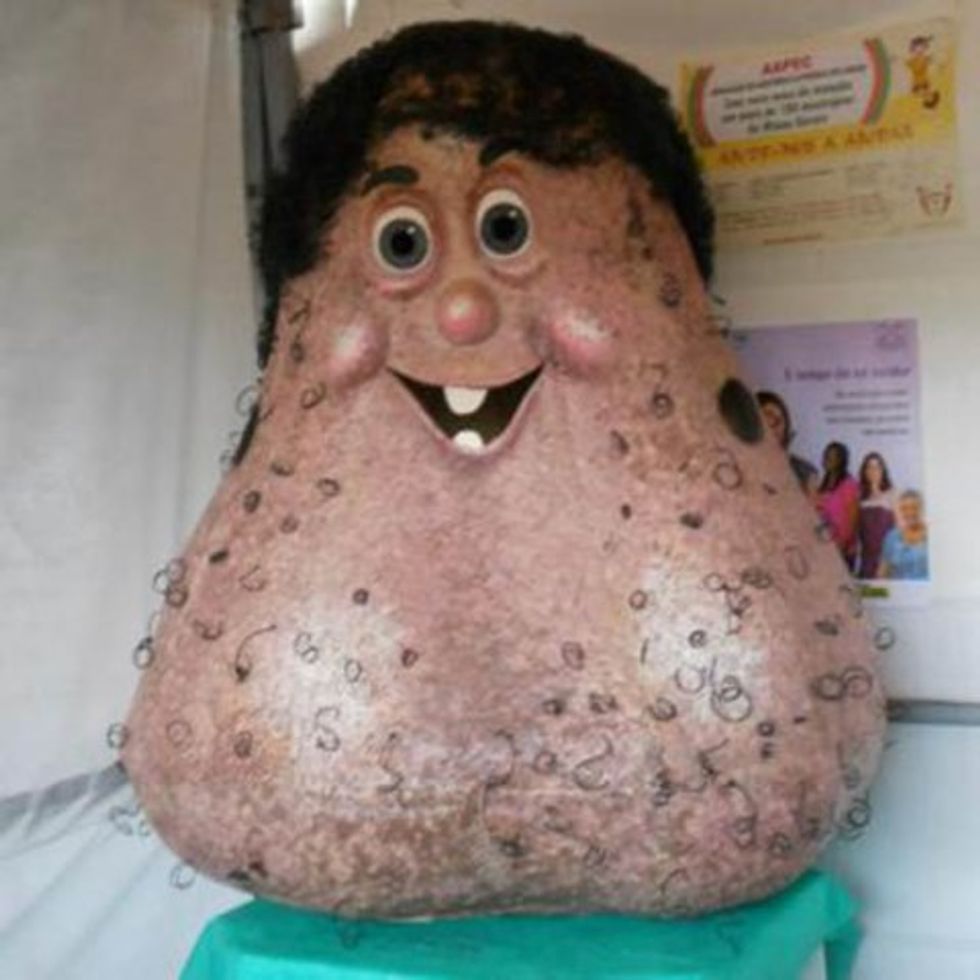 Oh man, guys, this Cliven Bundy thing is getting out of control. Despite his blatant racism and strong desire for the government to keep their hands off his welfare cattle, Cliven Bundy STILL has supporters. And not only do they support Bundy being a total moocher, they HATE Harry Reid. And now, these ‘domestic terrorists’ have gone one step too far: They have threatened Harry Reid’s wrinkly, hairy old-man yarbles. NOT HIS YARBLES!!1! Per Mediaite:

[Mike] Vanderboegh presented an award “for incitement to civil war” in Reid’s honor and warned the senator, “Don’t poke the wolverine with a sharp stick, Harry, unless you want your balls ripped off.”

We are asking Wonketeers to take one of two actions: Either send Harry Reid wolverine-resistant jock straps, or donate to the Wonket Fund To Protect Harry Reid’s Wrinkly Old-Man Nutsack (Suggested donation: $2, one for each yarble).

First off, we don’t think that this can be classified as a ‘civil war.’ A bunch of libertarian-leaning whackjobs willing to sacrifice all their womenfolk so that a grumpy old racist’s cows can suck freely on the federal government teat does not a civil war make. Reid’s assertion of domestic terrorism may, in fact, be the most accurate. But you know all that. We have written extensively on this issue, so read the back issues.

What’s interesting here is: Why do we care so much for Harry Reid’s yarbles? Does he have a magic scrotum that is worth us taking a bullet for? Yes. The answer is yes. He has giant magic Senate-wielding balls, and now we feel compelled to remind you of all the good that Reid’s nuts have done, acting through the human Harry Reid growing from them:

Harry Reid’s yarbles are a national fucking treasure. And given his background of eviscerating all his opponents, we would have our money on the side of Reid against an army of wolverines. If Harry Reid ever dies, we hope his yarbles go to a Smithsonian, so generations to come can marvel at the size and brilliance of The Balls That Ruled The Senate.

And if Cliven Bundy and his supporters don’t like it, then they can teabag those huge motherfuckers till they choke.