CNN Cancels Piers Morgan; Americans Will Have To Find New Insufferable Twit To Not Watch 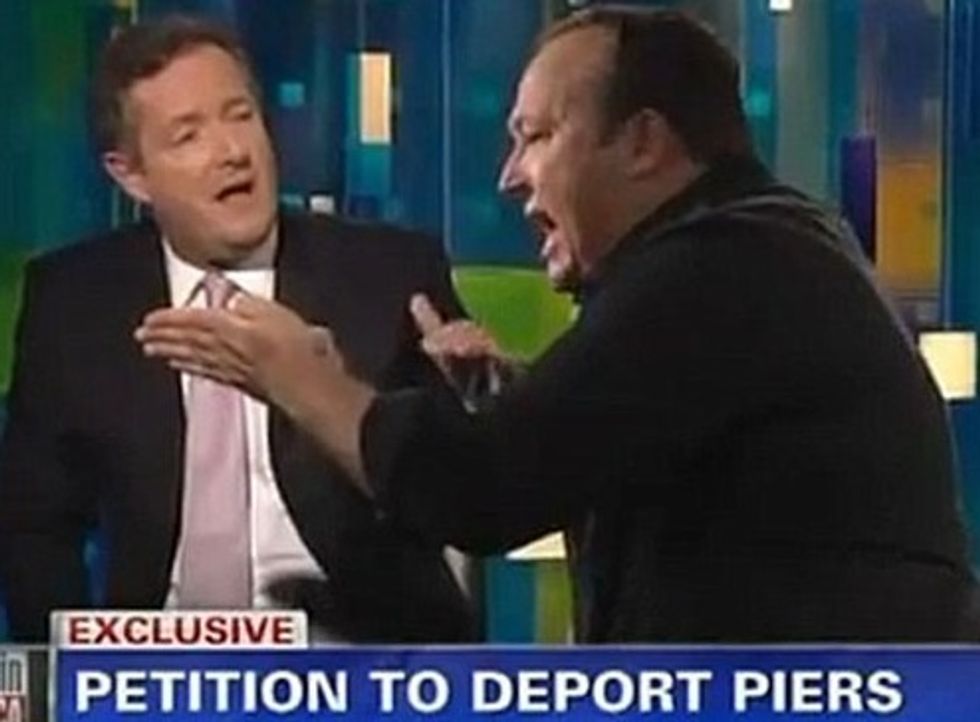 You've probably already heard the sad news already: CNN iscancelling Piers Morgan's primetime talk show whose title, Piers Morgan Tonight, we had to look up because come on, Piers Morgan. Across our great land, the news is being greeted with a wave of indifference almost equal to that which led to the program's cancellation. The show is being pulled sometime in March, and Morgan may stay with CNN in some capacity. Or maybe he'll just go back to England and hack phones some more.

Some observers, like Variety's Rick Kissell, attribute the cancellation to Morgan's position against guns in the aftermath of Newtown, supposedly because Americans don't like being lectured by a guy with a British accent about our sacred rights to blow each other away. We're not too sure about that; his weirdly fascinating confrontation with conspiracy nut Alex Jones in January 2013 was one of the few times we actually gave some thought to Morgan.

Morgan told the New York Times' David Carr that he agreed with that interpretation, more or less:

"Look, I am a British guy debating American cultural issues, including guns, which has been very polarizing, and there is no doubt that there are many in the audience who are tired of me banging on about it."

We're more inclined to agree with Sara Morrison at The Wire, however: the problem wasn't guns, it was Piers Morgan. Hell, we agree with him that America is nuts to allow guns to circulate without background checks or the least safety or training standards for gun owners, and we still can't stand to watch him. The verb "hectoring" comes to mind.

And so, CNN will try something else -- nude holographic chess? Straight Talk with Alec Baldwin?  -- and we'll look at it and wonder what the hell they were hoping to accomplish.

Follow Doktor Zoom on Twitter. He wouldn't dream of going to England and lecturing them about their spotted dick.