CNN: Good Thing Dorner Was Killed In That Fire, Because California Courts Would Have Ruined All The Fun 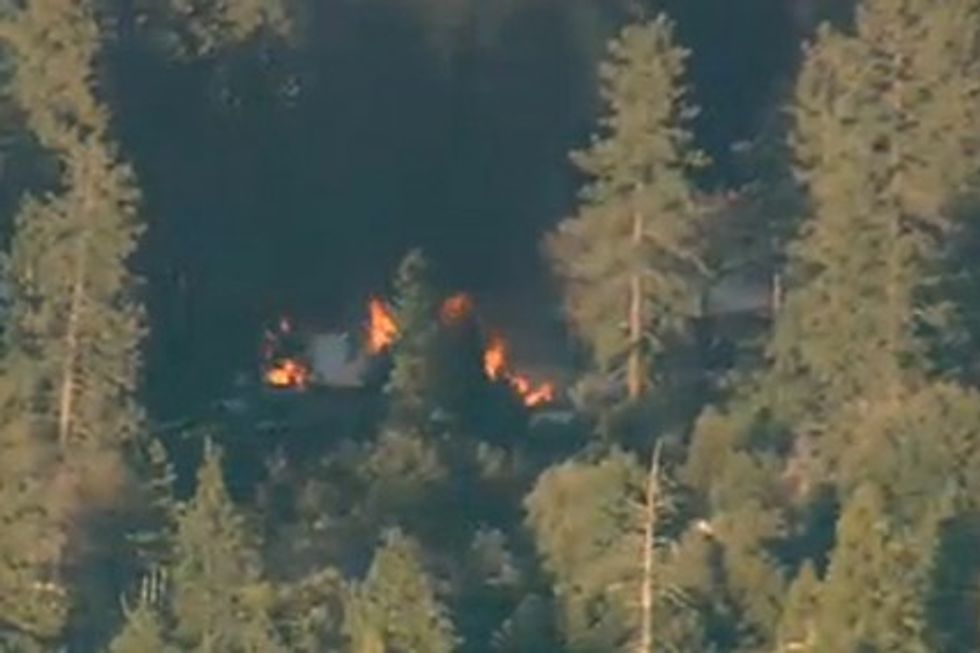 With ex-LAPD officer andNo Labels patriot Christopher Dorner now believed to have been killed/flambé'd sometime before the State of the Union, CNN "Legal Expert" Jeffery Toobin posted a few of his thoughts regarding the state of the Death Penalty in Dorner’s home state of California. Turns out that the stupid hippies and their insistence on due process and stuff is completely ruining the market efficiency of America’s not at all embarrassing status as one of the few countries that executes people:

The root of the problem, in California and elsewhere, is that, as the Supreme Court has often said, death is different. The finality of capital punishment requires special safeguards against errors in the judicial process. But if a state takes those safeguards seriously, as California does, the process can become never-ending. Death-row exonerations, through DNA evidence and other means, have provoked even greater scrutiny of the cases of those who remain. And the state’s oxymoronical quest to kill people in a humane fashion turns out to be difficult indeed. All of this leads to delay.

But seriously, why is Toobin so upset about California’s decreasing zeal in killing folks? It can't be personal, as Dorner himself was a huge fan of Toobin, so is this a policy issue? Toobin seems to think so:

It’s possible for reasonable people to hold differing opinions on the death penalty. (Over the years, I’ve had several different ones myself.) But what’s going on in California represents the worst of all worlds — a massively expensive Potemkin operation in which hundreds of people are sentenced to death and no one is ever executed…..

And to enormous expense: many studies have shown that the death penalty is far more costly to taxpayers than a maximum sentence of life in prison without the possibility of parole. Research summarized by the Death Penalty Information Center suggests that California has spent more than four billion dollars on the death penalty since 1978. Florida pays about $24 million per execution. Maryland spent $186 million for five executions.

Goddamn that's a waste of money that we could have given to some deserving job creators!

Toobin goes on to compare California to the system in Texas, which as any hack comedian will tell you has made executing folks and trolling soft on crime pussies like the Pope a cottage industry since 1976. But interestingly Toobin did not link to the other major Death Penalty story of the day from Mother Jones, which details just how much certain states (Texas being chief among them) love to execute their most desperately insane prisoners for the lolz:

Colburn was diagnosed as a paranoid schizophrenic at age 17. He was so doped up on anti-psychotic drugs at his trial, appeals lawyers noted, that he snored loudly through his trial — and when he was not medicated, he consumed his own bodily wastes.

But don’t think that this national disgrace is just limited to places where voters hate America enough to inflict Rick Perry on the rest of us. No, according to Mother Jones' facebook of sad, executing the mentally ill is actually a wide-ranging tradtion as Pennsylvania, North Carolina, Virginia, and Georgia have all recently had cases where obviously delusional defendants were nevertheless placed on Death Row. And let’s never forget biggest liberal dreamboat ever Bill Clinton, who flew back to Arkansas in the middle of a presidential campaign to witness the execution of Ricky Ray Rector (and probably ate the pie that Rector was saving for after the execution) in order to show the beltway media that he wasn’t some silly flower child like Michael Dukakis.

So in the end Toobin and the American people got what we all wanted: a very dead person whose mental status while committing his crimes was more than questionable. We even got to watch it happen LIVE ON THE TEEVEE and the Glenn Becks of the world have a scary black straw man to blame the left forever. Everyone wins!