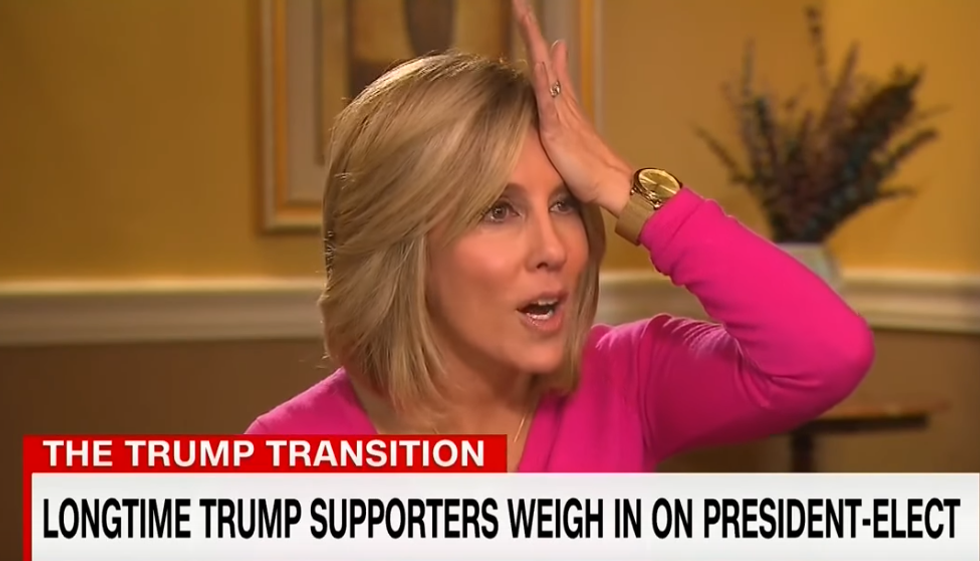 We are not saying everybody who voted for Donald Trump is stupid or racist or sexist or OH MAN DID WE MENTION DUMB. We are not saying they're all too empty-headed to know that the "news" they're getting from Facebook is not actually real news. We're not saying they ALL should be required to wear helmets, for their own protection.

But, uh ... holy shit. CNN's Alisyn Camerota sat down with some Trump-loving Americans to find out how dumb they are, and she was not disappointed! Let's watch a video together and cry about the failure of the American educational system and the media and the rabid raccoons that obviously live in the brains of these people. Video first, then more details after that!

Some things we learn that are definitely "facts," from these Trump supporters:

We are just real glad a solid minority of Americans as high quality as these have chosen our next president. Seriously, thanks so much you guys.