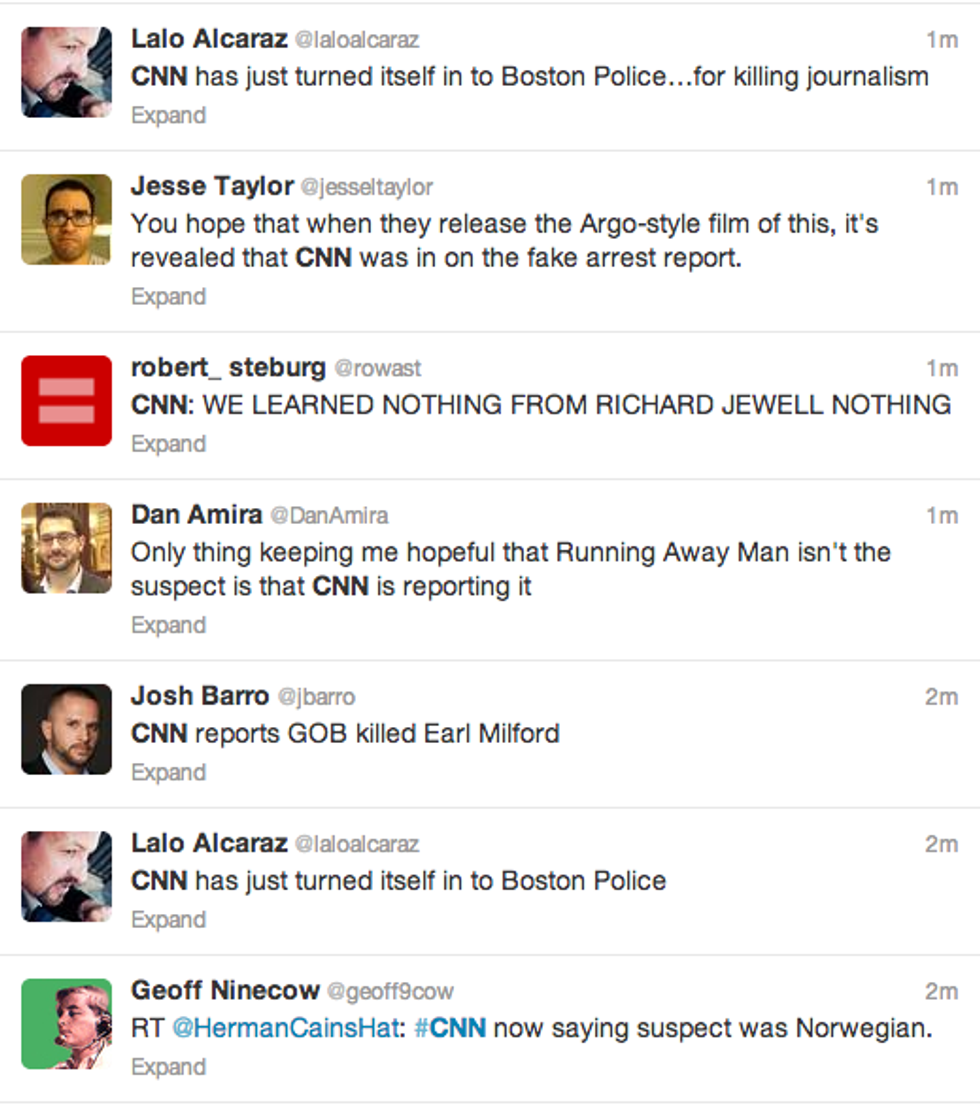 CNN, after spending almost an hour getting more and more frenzied while trumpeting its scoop that law enforcement had identified a suspect and had either arrested that suspect or were on the verge of arresting that suspect, just had the terrible misfortune of having to retract its entire report.

Going from "a suspect has been arrested" to "the arrest may still be forthcoming" to "we are now told a suspect has not been identified" is a FUCKED thing to have to do on air, and as putative journalists, we for one are actually not laughing. We are sympathizing, instead, because of how we are liberals. Frankly, we are just glad we are not going to have to apologize to Jim Hoft for laughing at his commenters pointing out a guy "running away" from the bomb blast, since that was what Ol' Anderson and his now chastened correspondents were also pointing out, at least until a few moments ago.

"There was a misunderstanding. That would say to me not so much that we misunderstood, but that there were cross-communications."

Right yeah no of course. It wasn't you who misunderstood, it was ... oh fuck it.

We will let you know in five minutes when they flip back again.