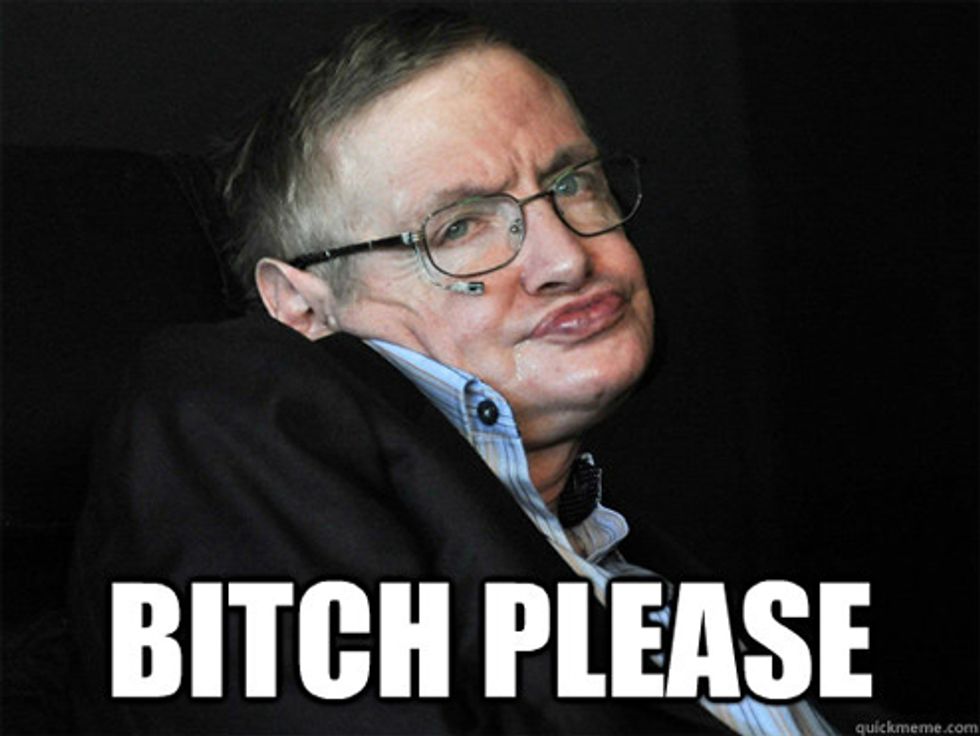 CNN's Don Lemon is just trying to top himself, we guess. On Sunday, he wondered if maybesomething supernatural had happened to Malaysia Airlines flight MH 370, since why not? And then by Wednesday, he was just throwing questions from Twitter at a panel of experts, because again, this is how science works: take any damn guess that someone came up with while baked and remembering old TV shows, and ask a scientist. And so Lemon asked former U.S. Department of Transportation Inspector General Mary Schiavo, with a Serious Journalism look on his face, if maybe there was some merit to tweeted questions about the Bermuda Triangle, Lost,The Twilight Zone, or the airliner maybe vanishing into a black hole.

"That's what people are saying," Lemon said. "I know it's preposterous — but is it preposterous you think, Mary?"

Why is anyone making fun of Don Lemon for this? After all, he knows it's preposterous...but doesn't it make sense to double-check with a former transportation investigator, just to be on the safe side? You never know, maybe she has some expertise with black-hole-caused crashes that wasn't previously known.

So tell us, former inspector general Mary Schiavo, is it preposterous to think a black hole is behind all this?

"Well, it is. A small black hole would suck in our entire universe so we know it's not that," Schiavo said. "The Bermuda Triangle is often weather. And 'Lost' is a TV show. So I think -- I always like things for which there's data history, crunch the numbers. So for me those aren't there."

"But I think it's wonderful that the whole world is trying to help with their theories and I absolutely love their theories," she added.

OK, maybe "wonderful" isn't the word we'd use; we bet the Wonkettariat can come up with a whole bunch of better adjectives. Also, we're not sure we agree with her a hundred percent on her police work, there, since a "small black hole" wouldn't "suck in our entire universe." Our universe has plenty of black holes, probably one at the center of every galaxy, so an itty-bitty one would merely suck in everything in our immediate galactic neighborhood, if that makes you feel any better.

If the possible debris sighted near Australia turns out to be the actual wreckage of the plane, the black hole theory will not be disproved, of course -- there's every possibility that any wreckage is just what was ejected from the alternate-universe version of the airliner that flew through a wormhole in their universe and emerged into ours.

Also, we don't feel too bad for Ms. Schiavo being a little wrong about matter-devouring singularities, seeing as how the one inside Don Lemon's skull was probably the first she'd ever encountered.