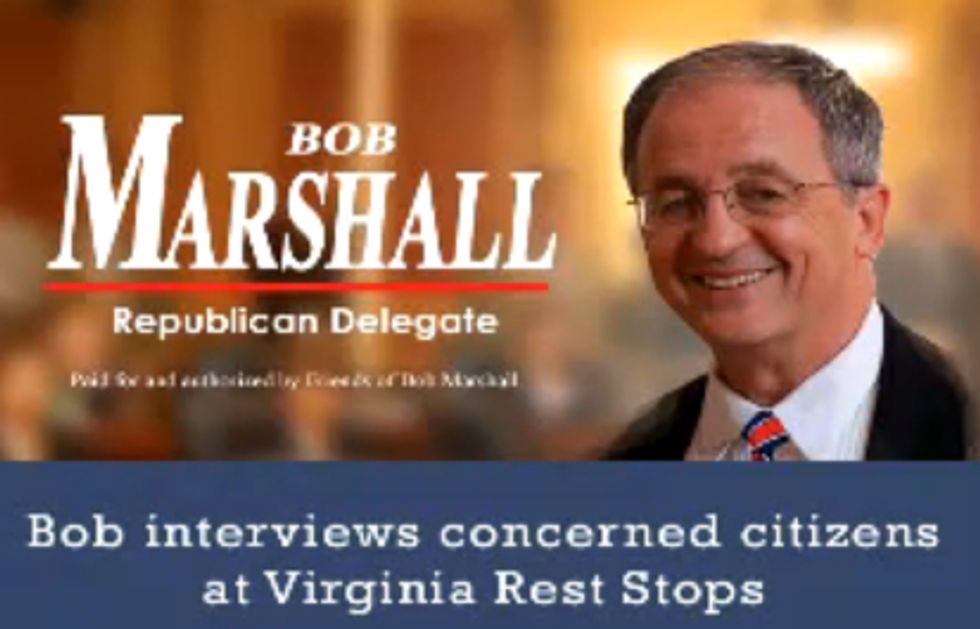 Virginia, fresh off thethrilling conservative victory of getting a Republican judge to rule part of Obamacare unconstitutional, is now looking to ban gays from the National Guard in its state, because playing around with secessionary tactics is the second greatest passion in the South. (#1 passion: the South.) Republican state Del. Bob Marshall is leading the charge on this legislation and very coincidentally is said to be interested in a run for U.S. Senate. "This policy will weaken military recruitment and retention, and will increase pressure for a military draft," he said, images of sweaty gay penises dancing in his head. Hope your muskets are cleaned and ready to go, straight Virginia, because the federal government's camouflaged agents may try to take back that bit of its military you just tried to cut loose.

"After 232 years of prohibiting active, open homosexuals from enlisting in our military, President Obama and a majority in Congress are conducting a social experiment with our troops and our national security...In countries where religions and cultures find homosexual acts immoral, the Obama administration's repeal policy will work to the detriment of all American troops in securing local cooperation with our nation's foreign policy goals."

Those countries that we're occupying really have this whole gay thing figured out. Bob Marshall is right: Americans should all convert to Islam immediately, because it has a better moral code. And then we can implement their other exciting ideas of good governance in this new Confederacy of idiot state officials who know they're smarter than Congress. [WP]