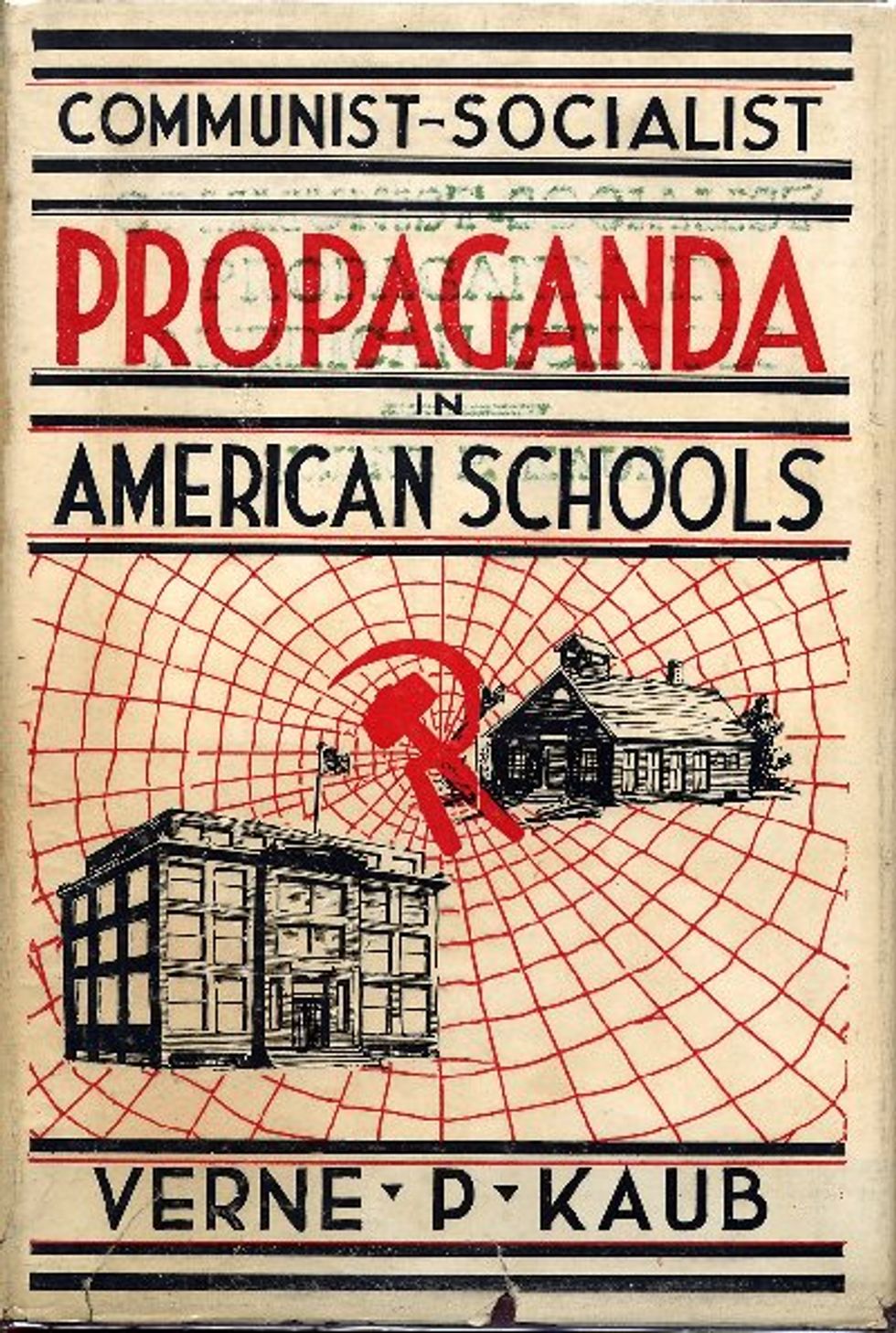 An Orange Coast College teacher in California who said bad things about Donald Trump has gone into hiding after receiving death threats when a student posted a video of her comments to YouTube. Olga Perez Stable Cox, a psychology instructor, was captured on video a few days after the presidential election saying that Donald Trump was a "white supremacist" and calling Mike Pence "one of the most anti-gay humans in this country.” Even worse, she had the gall to say "Our nation is divided, we have been assaulted, it’s an act of terrorism.... And so we are in for a difficult time, but again, I do believe that we can get past that." The video, posted by Joshua Recalde-Martinez, president of the Orange Coast College Republicans Club, went viral, and then the angry calls and emails started, including some death threats, because no news story is complete without death threats. Here's the video, titled by Recalde-Martinez "Orange Coast College Teacher Call [sic] Trump Supporters Terrorist":

Cox's union rep, Rob Schneiderman, president of the Coast Federation of Educators/American Federation of Teachers Local 1911, told the Orange County Register that Cox had received over a thousand emails, phone calls, and Facebook messages, including the death threats, and of course the doxxing, because what good is a death threat if you aren't going to tell other violent assholes where to find the commie scum? Schneiderman said someone had emailed Cox a photo of her own home, complete with address, to get that personal "we know where you live message" across.

The email called Cox a “libtard, Marxist, hatemonger, nutcase” and said “her home address is now going to be sent everywhere,” he added.

Others threatened her livelihood, some her life.

“You want communism, go to Cuba ... try to bring it to America and we’ll put a (expletive) bullet in your face,” read an email to her.

OK, but that last one was conditional -- as long as Cox doesn't try to bring communism to America, she should be in great shape, right?

Mr. Schneiderman told the paper Cox is a “lesbian, Latina woman living in Orange County. She’s pretty strong,” but eventually the volume of threats and complaints got to her, because apparently liberals are special snowflakes who don't understand that a constant stream of threats from the Trump Flying Monkey Brigade are simply part of living in a vibrant participatory democracy now. She left California for the last two weeks of the term, and her classes are being covered by a substitute.

On Monday, competing demonstrations were held in support of and against Cox, with supporters numbering in the hundreds, according to the Register:

Carrying homemade signs calling for free speech, they defended the teacher they described as someone dedicated to protecting all students, including those who are LGBT and students of color.

“She has been here 30 years and impacted over 30,000 lives,” said student Elias Altamirano, 20, one of those who organized the rally. “I want to let Olga know this is her home and she doesn’t have to feel threatened.”

A counter-demonstration held by a smaller number of conservative students complained that Cox should not be pushing her own political views in the class, which is on human sexuality. Can't imagine why a lesbian psychology teacher should be allowed to talk politics in that setting, huh? The Register even managed to track down an anti-Cox demonstrator who seemed to be demanding a "safe space," which may well get him thrown out of the Conservative club:

“This has nothing to do with free speech. It’s a professor overstepping her profession,” said Vincent Wetzel, who said he is a gay student who has attended some of Cox’s LGBT panels. “Of all the people who are supposed to provide an inclusive environment, it’s her. Now, I don’t feel comfortable.”

And liberals are supposed to be the hypersensitive snowlakes?

“She tried to get everyone who voted for Donald Trump to stand up and show the rest of the class who to watch out for and protect yourself from,” said Tanner Webb, 21, of Huntington Beach.

Schneiderman offered a different take on what happened -- rather than trying to force Trump supporters to out themselves, he says,

Cox told the class some people would be happy with the election results, and a student stood up in approval. She then invited others to stand up and show their support if they wished, he said.

So it looks like there was no invitation to treat those Trump supporting students as "people to watch out for" -- if Cox had said that, yeah, we wouldn't defend it. The story has gone all Rashomon-y, with Shawn Steel, a Republican National Committeeman and attorney for the college Republicans, first insisting that Cox apologize, but now insisting she be fired for trying to single out Trump supporters for shaming. Funny how the poor oppressed Republican kids took surreptitious video of Cox's comments, but not the alleged naming and shaming session. You'll have to forgive our skepticism, seeing as how College Republican chapters across the country have so often served as the places where young wannabe political operatives get their first lessons in the fine arts of ratfucking.

(Steel, just FYI, is also the former head of the state Republican party, and according to your editrix, who was engaged to one of them, oversaw a staff that literally dumpster-dived at opponents' homes.)

Needless to say, the Conservasphere has embraced the unnamed student who filmed the video, saying he's the one who's being "threatened," since college administrators are investigating whether his videotaping the class violated school policy, particularly since in Cox's class on human sexuality, students often disclose very personal details. So, you see, the PC police are out to get him. The wingnut video titles are pretty awesome, describing Cox's even-toned comments as an "anti-Trump rant" and a "tirade," because clearly the woman is unhinged and part of the plot to indoctrinate students and destroy free speech.

There are days when we miss teaching. Today isn't one of them.