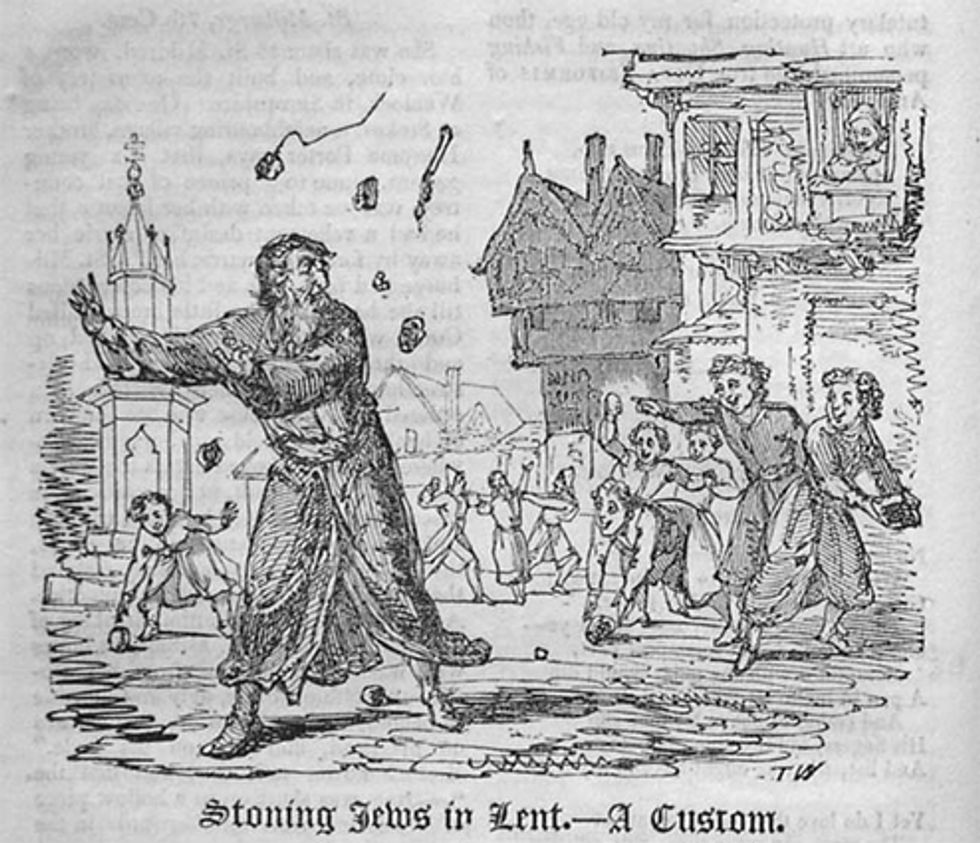 Colorado radio preacher Kevin Swanson -- you know, the guy who revealed that the Pill leaves ladies' uteristudded with tiny corpse-babbies -- shared some thoughts with his Generations Radio cohost, pastor Dave Buehner, about that gay marriage float in last week's Rose Bowl Parade. Bad enough that it existed at all, but why didn't the parade provide some kind of balance, huh? Buehner even had a fun suggestion:

Buehner: I wonder what the Rose Bowl parade would do if we had the stoning of a homosexual along the parade just as an expression of free speech and all that.

Swanson: I think that would be rejected by the Rose Bowl parade committee.

Buehner: Well what if the stones were just made like of flowers and flower petals?

Swanson was probably right that the parade committee would be lukewarm on that, but now we have some terrific ideas for festive floral arrangements.

Swanson and Buehner also had some big larffs about the fact that the marriage equality float was sponsored by an AIDS activist group -- hey, are they against AIDS, or trying to spread it, haw-haw-haw. And Swanson joked that "They may be serving lemonade too as part of the event, I hope not but maybe." Oh, these Christians and their obsession with watersports!

Swanson also warned of this perfectly logical progression of coming oppression that is going to happen right away because of the gays:

Yup, that's pretty much how it's worked in Massachusetts since gay marriage was legalized. And that's a state what knows a thing or two about burning people at the stake.*

We're starting to think that maybe Colorado Springs is a far more happening place than we'd assumed, if people are out there having the homosex in public. The real question is why aren't Swanson out in the streets stoning the gheys, or at least throwing flowers.

* Yes, yes, we know witches in Salem were hanged, not burned. Shut up.

Follow Doktor Zoom on Twitter. He favors prosecuting public acts of heterosexuality to the fullest extent of the law.